Visiting the Witches in Salem 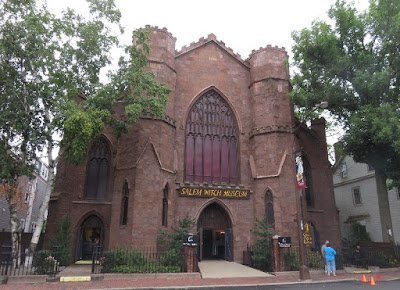 One day we went to Salem, MA to see what happened there in 1692. We got a great parking spot right in front of the Witch Museum. 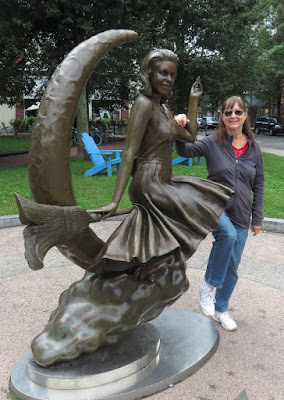 The witches seemed quite friendly. 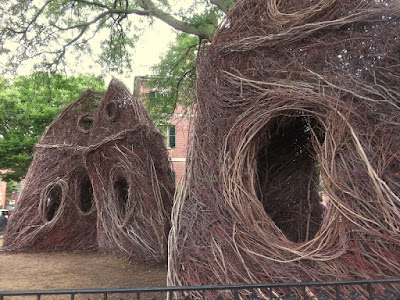 Outside the museum were some interesting artsy contraptions made out of twigs. 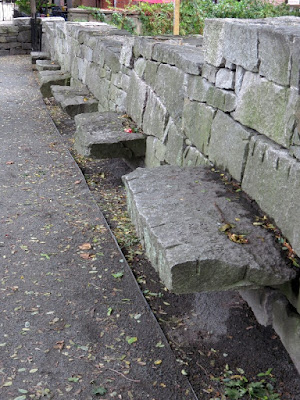 Down the road is the Salem Witch Trials Memorial, located next to an old cemetery. In 1692, nearly 200 people in the Salem area were accused of witchcraft. 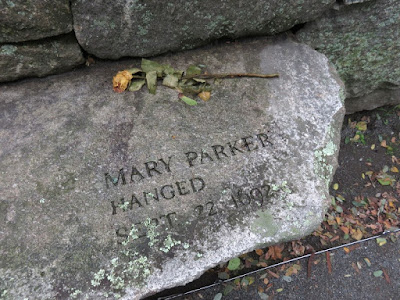 Twenty of them were put to death and memorialized here. 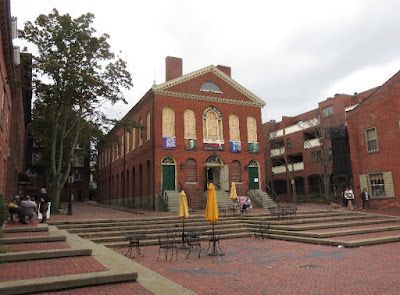 We tried to follow the Salem Heritage Trail around town, but it wasn't nearly as easy to follow as the trail in Boston. And it was a lot more commercial. (Lots of witchy t-shirts) The old Town Hall was being renovated. 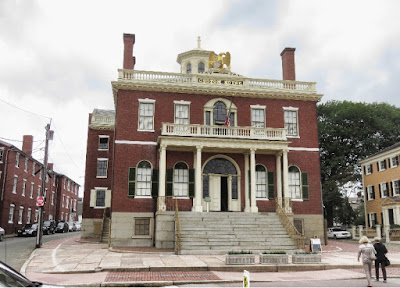 Down by the wharf was the old Custom House. Before the government started collection income tax in 1913, custom duties on ships' cargoes provided most of the money to run the Federal Government. 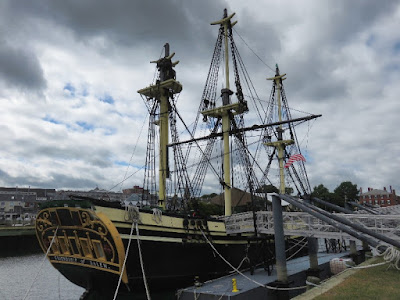 Also down on the wharf is the Friendship of Salem. It's a full-size, fully-operational replica of the original Friendship, a cargo ship built here in 1797. The replica is less than 20 years old. 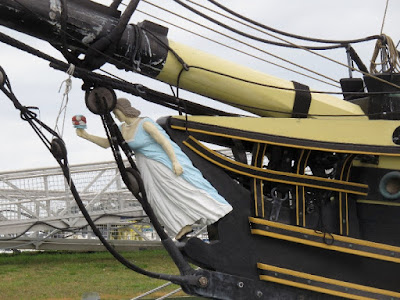 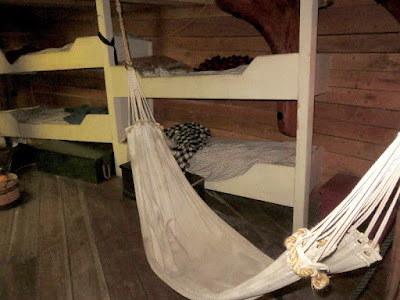 Even on the lower decks. It was a nice visit to Salem, but I have a feeling we missed a lot. Guess I'll have to come back sometime...
Posted by Diana at 7:13 PM