More Forts, Lighthouses, and Even Other Stuff! 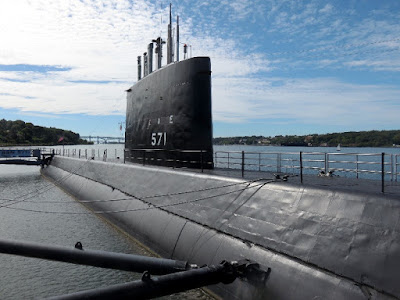 Our WIN group was staying in Groton, CT and there is lots to see in the area. First up was the Submarine Force Library & Museum, home of the Nautilus, the first nuclear-powered submarine, launched in 1954. 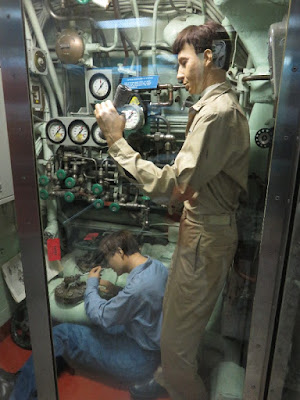 There is a nice self-guided tour through the submarine. They provide headphones that tell you all about the ship, and lots of stiff guys to demonstrate what things looked like "back in the day." 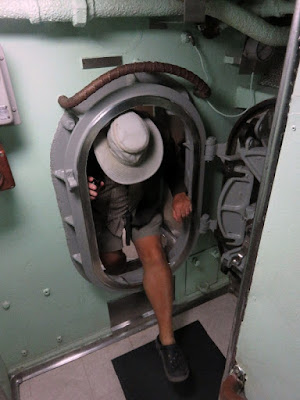 Some of the tour was a bit challenging... 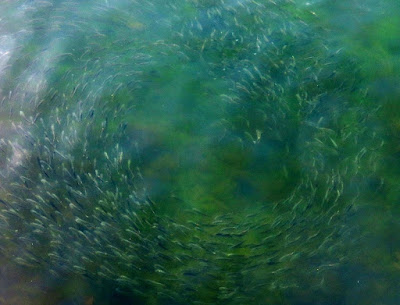 Leaving the sub, we saw some fish swimming around in circles. 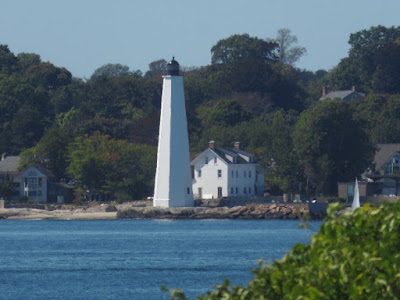 And now for a few of the lighthouses in the area. Across the Thames River in New London, CT is a lighthouse that is now private property. 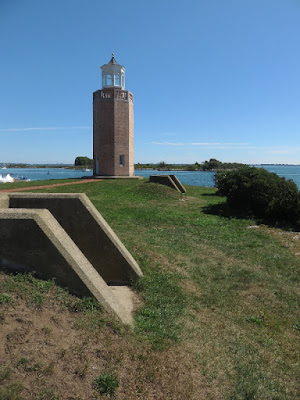 And on the campus of the U of Conn in Groton is the Avery Point Lighthouse. 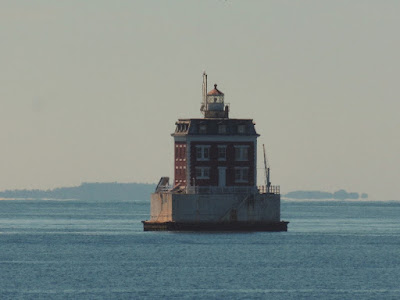 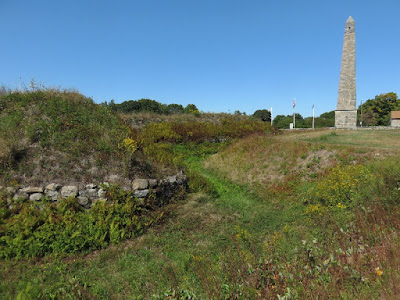 Groton has its own fort, Fort Griswold, now half buried, but interesting anyway. 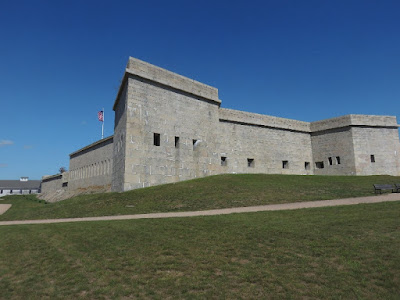 But across the river, New London has huge Fort Trumbull, with a nice self-guided tour. 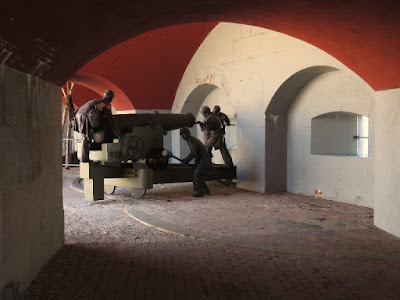 Those guys are getting ready to fire... 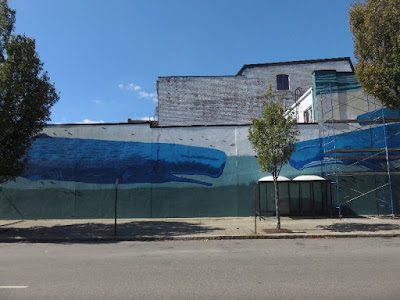 New London has some other cool things to see, like this Whaling Wall. 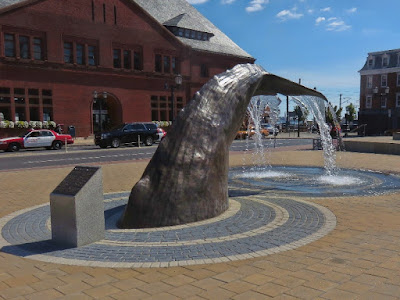 This whale is right in front of the train station - 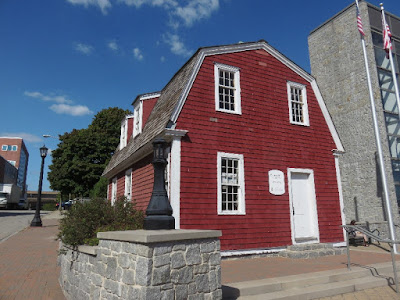 And across the street from the Nathan Hale Schoolhouse, where Nathan Hale taught school for a few years before the Revolutionary War. It was supposed to be open, but wasn't, so we had to be content with looking in the windows. 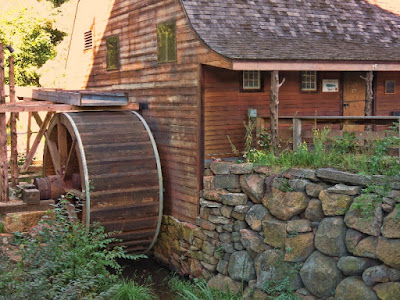 On the way home we stopped to see the Old Town Mill, also not open. I guess you need to get here before Labor Day. 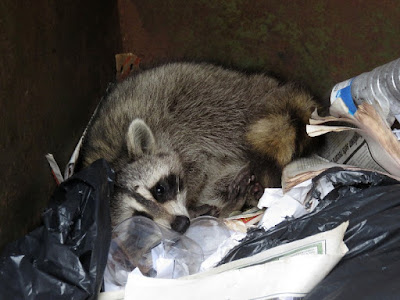 Back "home," we found this poor little racoon in the dumpster. I was afraid he'd get dumped and squished, so I put a log in so he could climb out. He was gone later, so I guess it worked.