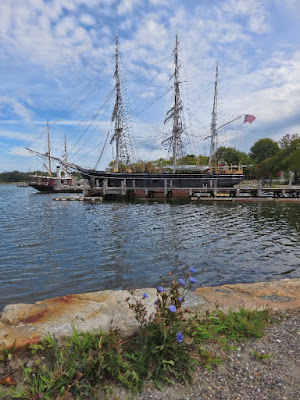 Our first stop in Connecticut was the town of Mystic. Of course, the big attraction here is Mystic Seaport. 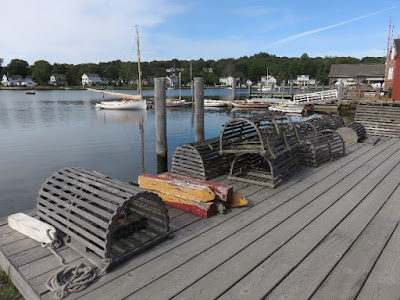 It's quite a bit larger than I remembered from the last time I was here. There are now over 50 buildings, ships and exhibits. One showed how these old lobster traps were made. 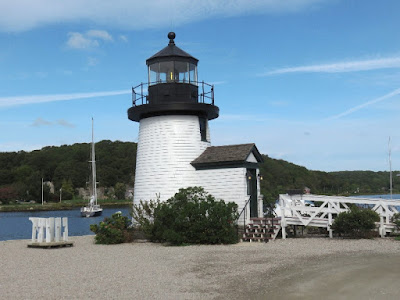 There's a lighthouse out on Lighthouse Point, although it's a replica. 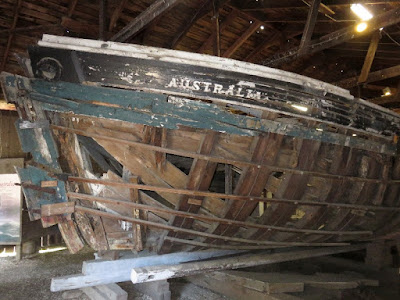 One of my favorite things was this very old Australia schooner. I was surprised they let you go in it, because it looks ready to crumble any minute. 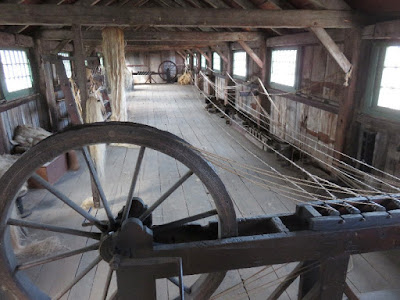 There was a long building with an exhibit on how rope was made. 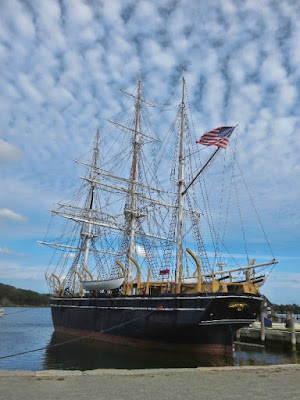 But the star of the show is the Charles W. Morgan, the last wooden whaleship in the world. Built in 1841, it had an 80-year whaling career, and still sails occasionally. 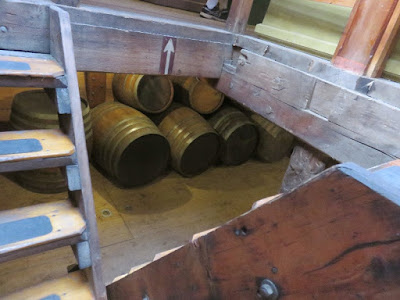 We were allowed on deck, but now below. I did catch a glimpse of some of the many barrels below. Whaleships went on trips lasting about 3 years, and would not return until all of their many barrels were filled with whale oil. 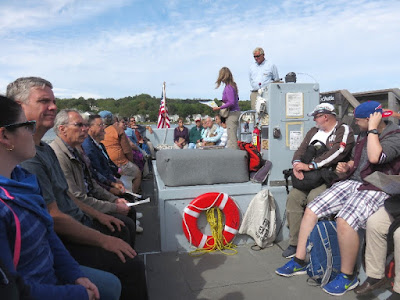 We went on a short boat trip around the seaport area - 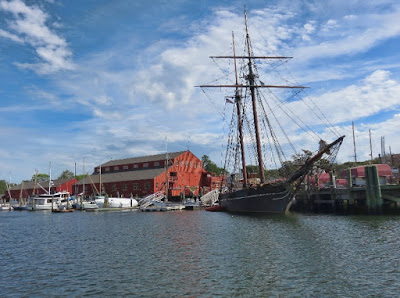 Where we got a different perspective on the park. 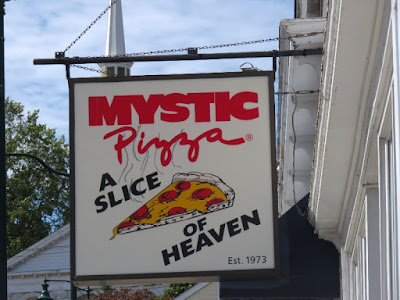 After that we were hungry. And where would we go other than Mystic Pizza, which inspired the 1988 film of the same name, starring Julia Roberts. 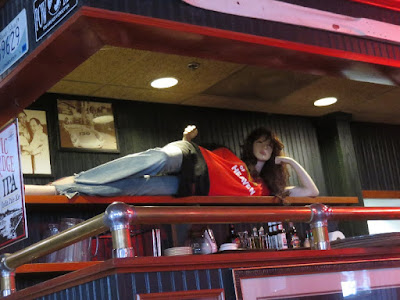 I was so hungry I forgot to get a picture of the pizza, but I did get one of Julia. 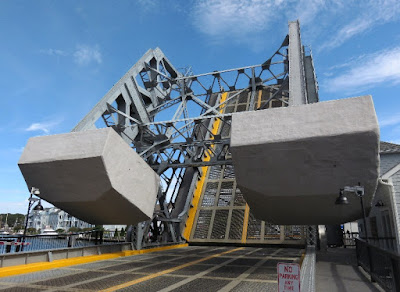 Walking back to the car, we crossed over this drawbridge with its unique counterbalances. It carries US 1 traffic over the Mystic River.