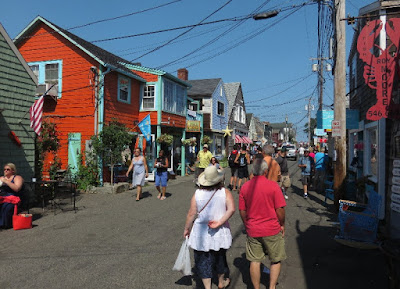 After moving to our next stop, Wakefield, MA, Phil and I took a day took a day trip around Cape Ann, the peninsula about 40 miles northeast of Boston. There are two towns on the cape - Rockport and Gloucester. We visited Rockport first. Besides being a tourist town, it is known for two things - 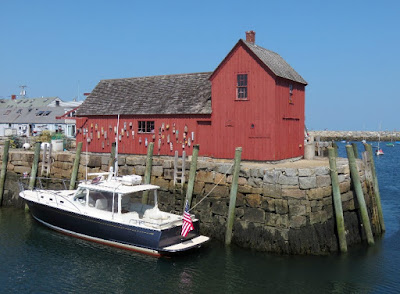 One is that it is an artist colony, and Motif #1, this red building is known as being the most often-painted building in America. A replica of a former fishing shack, the original building, built in 1840, was destroyed in the Blizzard of 1978, but rebuilt that same year. 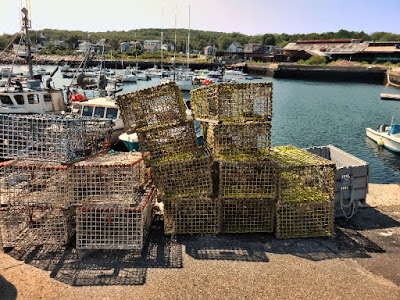 The other thing is that it is America's oldest fishing port, almost 400 years old, and home to lots of lobster fishermen. Of course I was on the lookout for lighthouses. There are quite a few on the peninsula, but unfortunately, they are all either on private land or on islands off the shore. I did get a glimpse of Straitsmouth Island Light. 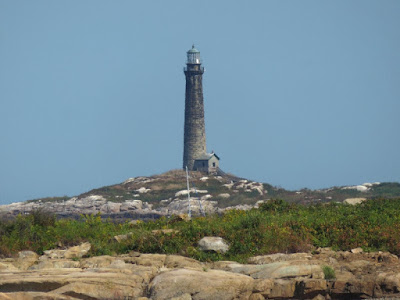 And of Thacher Island Light - 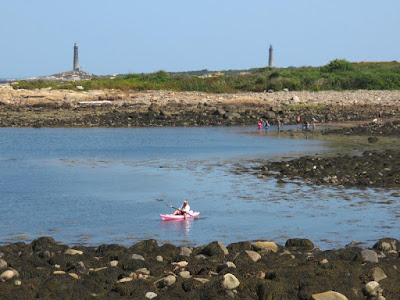 Which is actually twins. 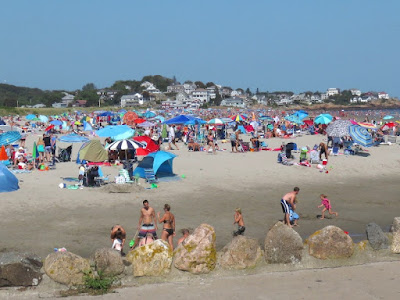 Gloucester has the most crowded beach I've seen in a long time, but this was Labor Day, so I guess it's understandable. 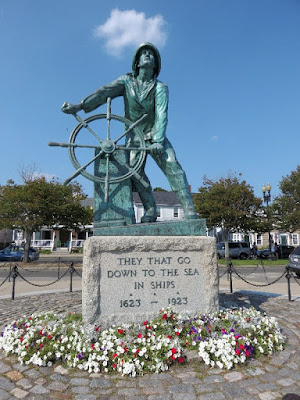 Looking out over the harbor is the Fishermen's Memorial, in memory of the over 5,000 men lost at sea from the area since 1623. 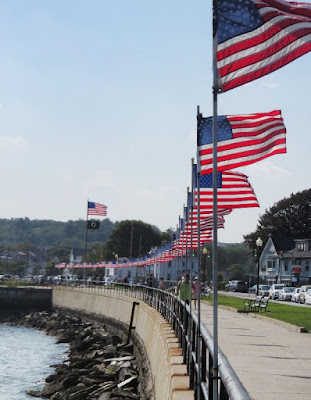 The harbor was decked out in flags since it was Labor Day. 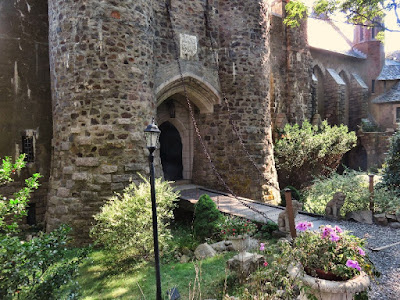 We also stopped at the Hammond Castle, which also overlooks the harbor. It was closed today, but we were able to wander around the grounds. 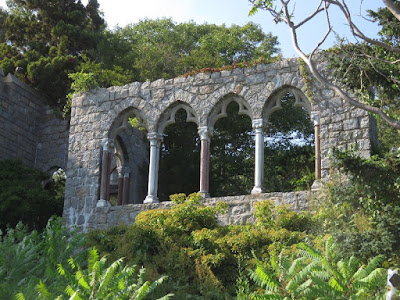 It was built by inventor John Hays Hammond, who pioneered the use of remote controls.

Next - venturing into Boston!