I'm in Mormon Country Now, and It's Not Utah! 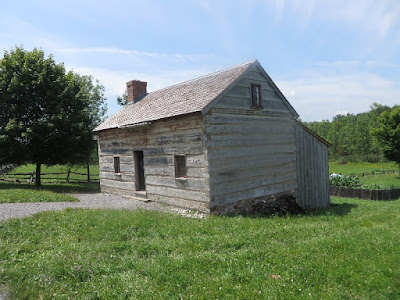 After visiting my father in PA, and my son and his family in VA, I rejoined the WINs in Palmyra, NY. I didn't know it, but this is where the Mormon Church began. Joseph Smith and his family lived on this farm.

We also visited the Whitmer Farm, where the church was formally organized. And the Visitors Center at Hill Cumorah. We drove up to the top of the hill, where you could see the preparations for the Hill Cumorah Pageant happening that night. It's a really big deal, with a cast and crew of over 800, and seating for 9000. 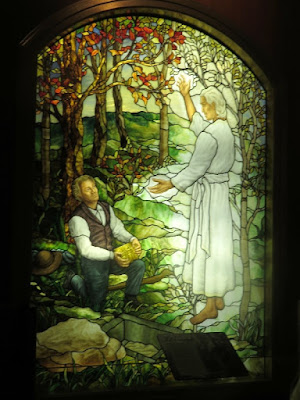 Hill Cumorah is where Joseph Smith received the Golden Plates in 1827, which he then translated into the Book of Mormon. 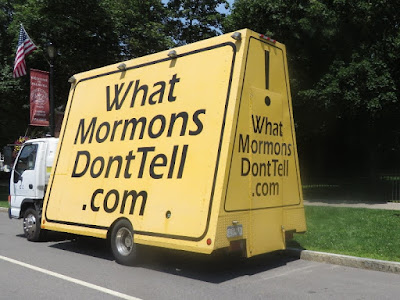 This thing was driving around town all day. 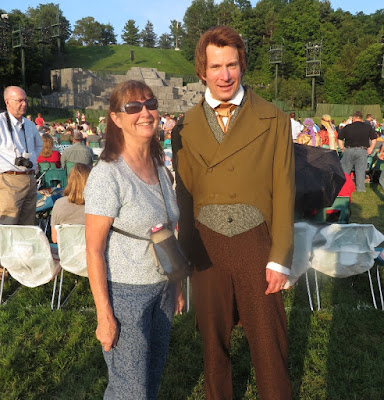 We went to the pageant that night, and members of the cast were circulating through the audience before the show. Look who I got to talk to - Joseph Smith himself! 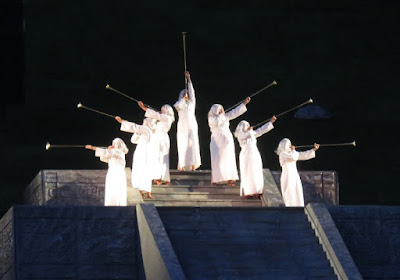 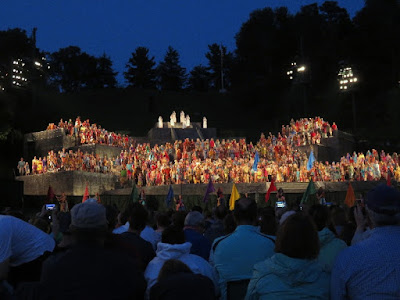 The stage consists of 10 stories, and can hold quite a few people.

The cast consists of all ages. The show was made up of 10 story scenes, designed to give you an idea of what the Book of Mormon is all about. The did it all in an hour and 15 minutes! 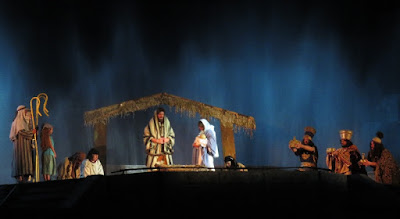 This is the only scene I recognized. 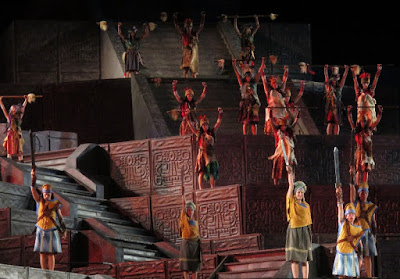 The show covered the time from 600 years before the birth of Christ, until 1830 when the Book of Mormon was published. 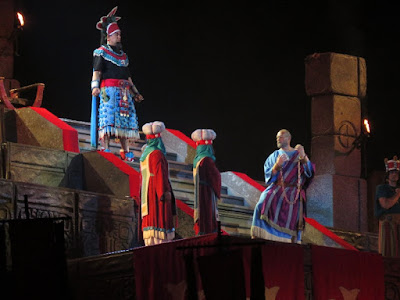 There were lots of special effects. This guy got burned to death and it was pretty convincing. 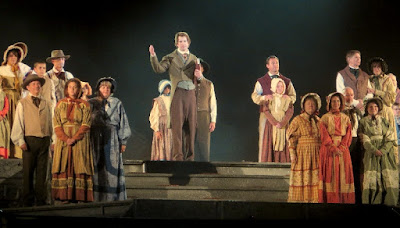 Finally at the end, Joseph Smith shows up. It was a great show, and I highly recommend it if you are in the area the 2nd week of July. And it's free!