Hanging out on Lake Michigan 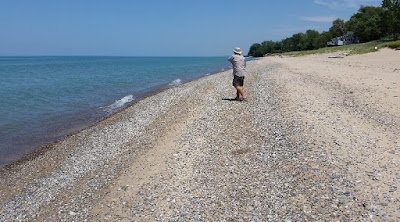 Moving East, our next stop was Michigan City, IN, which is right on Lake Michigan. The first thing we did was go for a walk along the lake, where Phil found lots of skipping rocks. 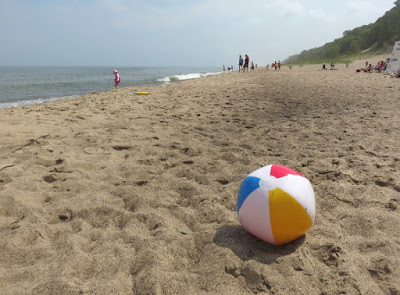 The group went to Indiana Dunes State Park, and we took a walk along the water there too. 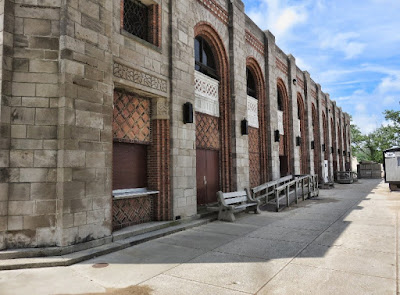 The state is renovating this old building. Should be really interesting when it is done. 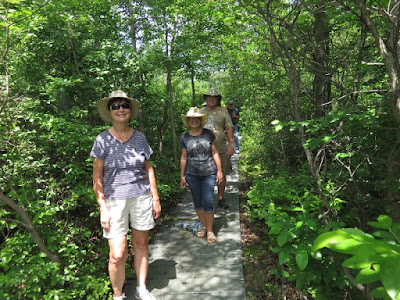 We also visited the federal park, Indiana Dunes National Lakeshore. We took a short hike to Pinhook Bog. It was just fascinating, and fun to bounce up and down on the boardwalk. Everything rests on sphagnum moss. 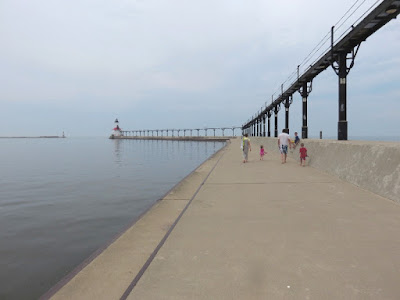 We walked out to the lighthouse in Michigan City. 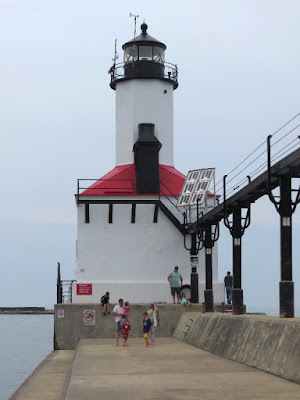 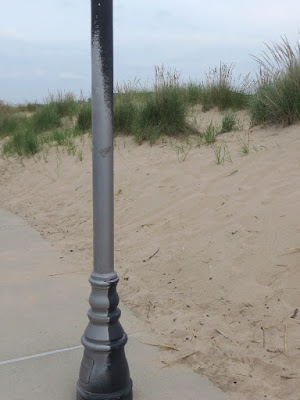 They must have some wicked sandstorms here - took the paint right off the lamp post. 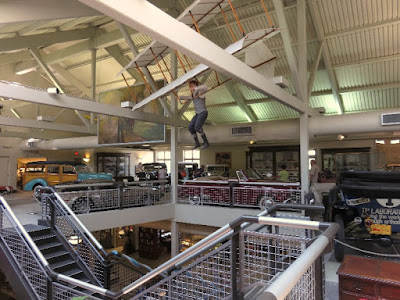 We also went to the La Porte County Museum, where they have lots of interesting cars, along with other stuff. 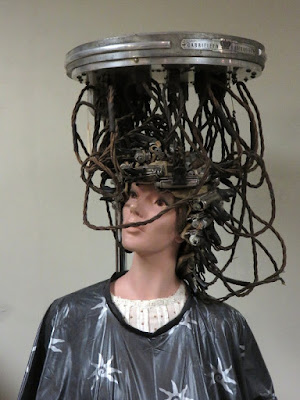 Glad I wasn't around in those days... 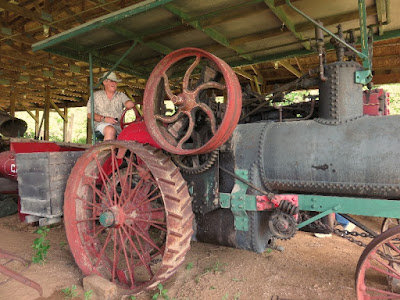 And Phil and I went to the Steam Museum. 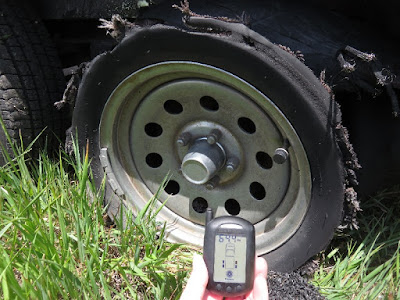 Now for the bad news. On the way here, I had yet another flat on the trailer. This is my 4th or 5th one with the TireTraker tire pressure monitor system that I got in Quartzsite 2 1/2 years ago. None of these flats registered on the monitor.

This year in Quartzsite, I complained to the sellers, and they took it back, tested it, and said it worked perfectly. But does that look like 64.4 psi to you? I have given up and bought a new system, EezTire, and it seems to work great. Haven't had a flat yet, but the numbers change a little as you drive, so I can tell it's receiving a signal.