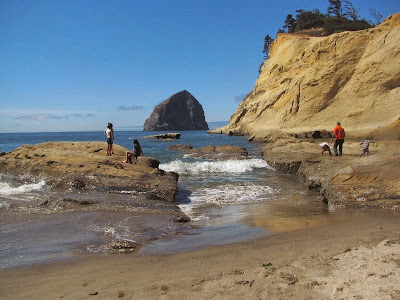 On one of our days in Tillamook, we took the 40-mile Three Capes Scenic Loop. We made many stops, but one of my favorite was Pacific City and Cape Kiwanda. 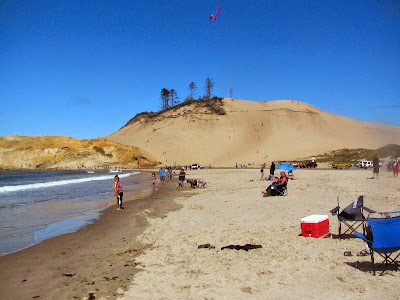 There's a big sand dune that you can climb. I passed, but you might be able to see the tiny dots that are the crazy people who chose to make the trek. 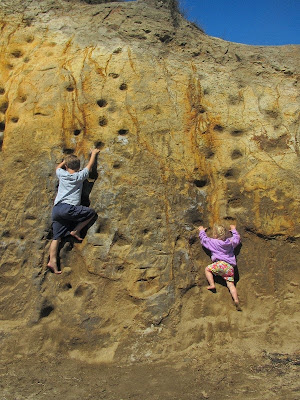 Or you can rock climb up. I couldn't believe that little girl - even after she fell, she got right up and tried again. 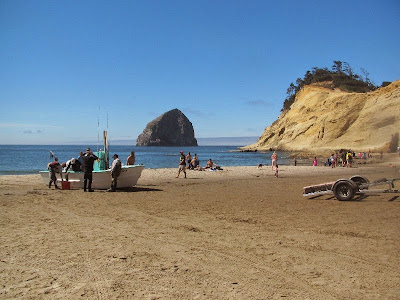 But the most exciting thing here is watching the dory boats come in for a landing. They come in as fast as they can go, and slide right up on the beach, where they are loaded on their trailers. 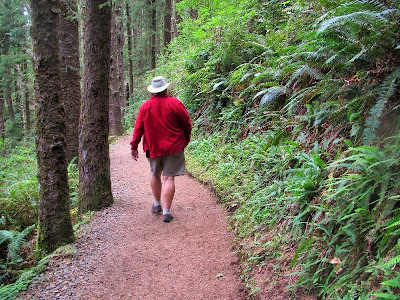 Another stop was Cape Lookout State Park, where we walked the Cape Trail out a little ways to try to get an ocean view. 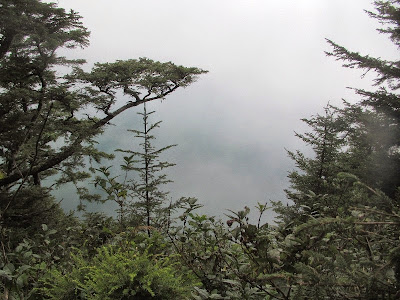 But when we got to the lookout, the fog had rolled in and this is all we saw... 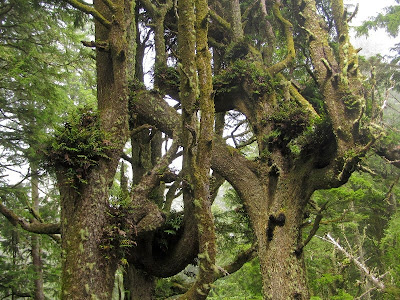 It was a nice trail though, with some very interesting trees along the way. 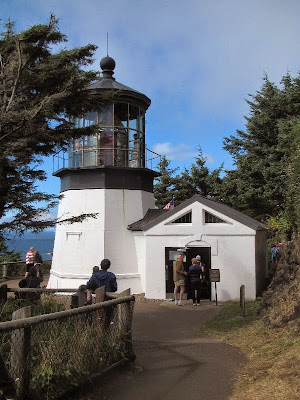 Then on to Cape Meares Lighthouse. 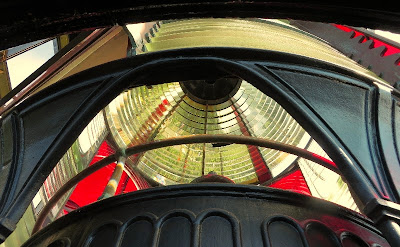 We got in on one of the last tours of the day. 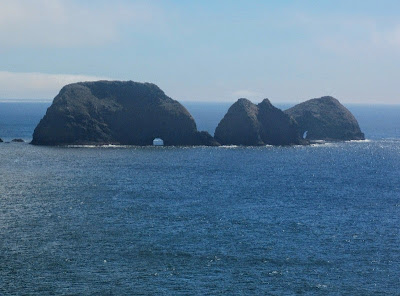 From the lighthouse we could look back and see Three Arch Rocks, although only 2 of the arches are visible from this angle. 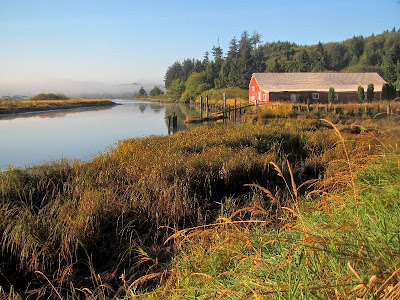 Many years ago, I saw a picture of a red building in Tillamook and have been looking for it ever since. On our way back into town, I finally found it! So I went back early the next morning to take some pictures. 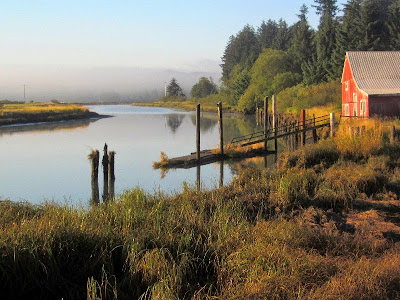 I should have crawled down into the bushes to get more reflection, but I was afraid I'd sink... 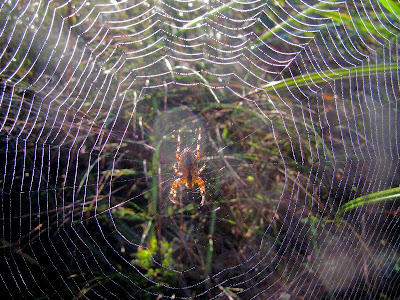 And then I got distracted by some huge spiders - almost better than the red building!