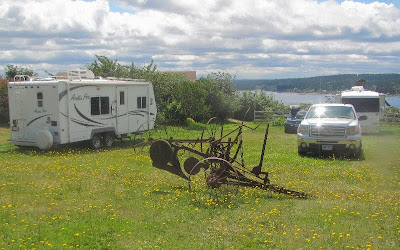 We joined back up with the WINs in Gig Harbor, WA at the home of Mel and Donna Lee, fellow members. Not only do we have a view of Puget Sound, but - 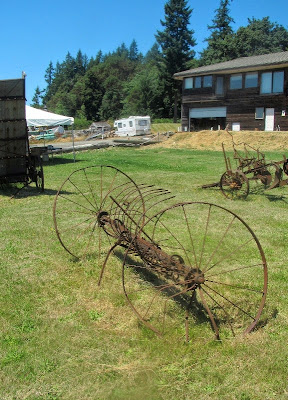 This is the view out my door - RUSTY STUFF!!!

Just some of the 40+ rigs parked here! The neighbors were a little nervous at first, but they came around when they found out we didn't have wild parties or play loud music. 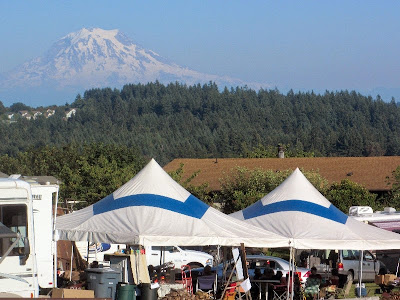 And if the water view and the rusty stuff aren't enough, look to the east for a view of Mount Ranier! 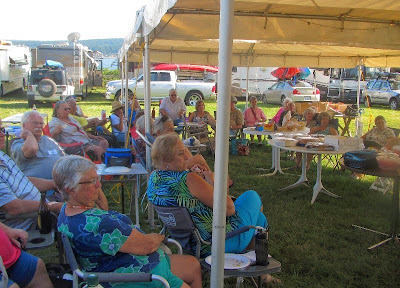 Mel and the local Boy Scouts put up two large tents for us to use for our afternoon gatherings. 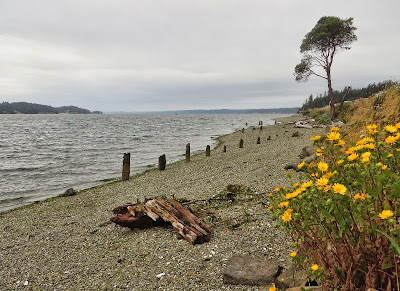 Of course there's lots to do around here. One day we went for a walk on the beach, and found a large piece of an old boat. That may not thrill everyone, but I loved it! 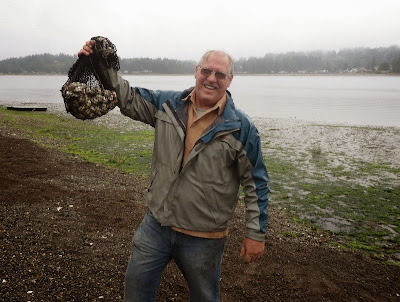 And on another day, the group went clamming - 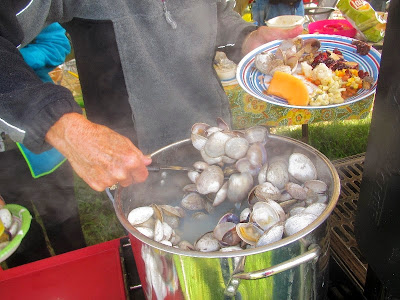 Which was an excuse for another pot luck! 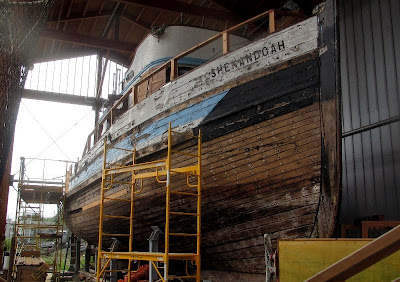 Gig Harbor has a nice museum. My favorite thing was this old fishing boat, the Shenandoah. It was built in 1925 and used until 1999. 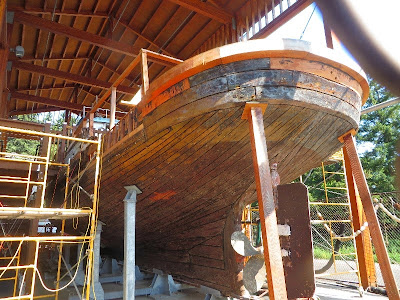 It's now being restored, which I think is kind of sad. I much prefer the way it is now. 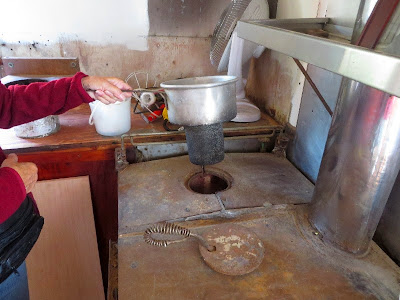 Phil and I got a private tour of the inside, then I was made the guide for the rest of the group. Here I am demonstrating the unique pot that would stay on the stove during rough weather. 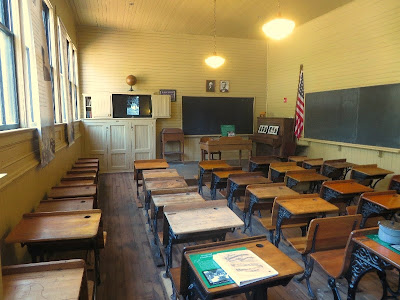 There's also an old schoolhouse on the property. 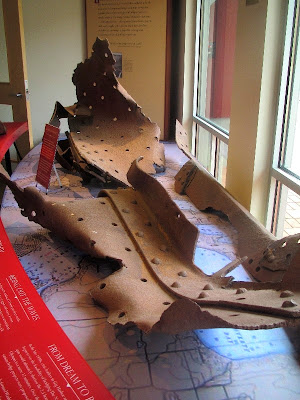 Inside the museum was a piece of "Galloping Gertie," the bridge between here and Tacoma that twisted violently and collapsed due to high winds a few months after it was completed in 1940. 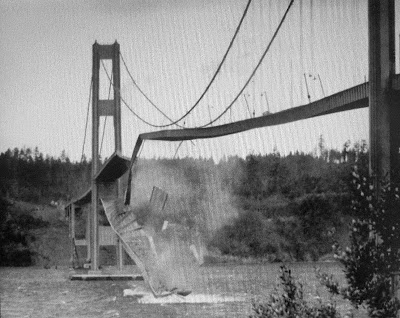 You can see a video of the collapse on YouTube. When we crossed the Narrows from Tacoma, we came over on "Sturdy Gertie," the replacement.