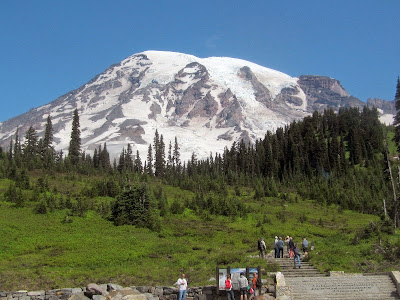 Well, maybe a wee bit... There's a great trail that starts out from the Visitor's Center, and goes up the mountain. In the past I've been able to go a mile or so before the trail was snow covered and I had to turn around. But this year has had record snowfall, so we'll see. 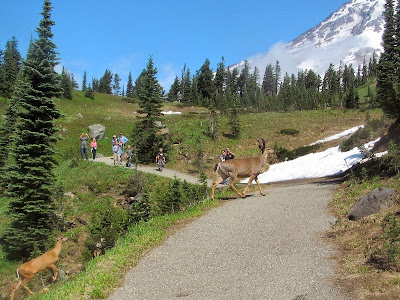 So far, so good. And we even have some nice company on the trail. 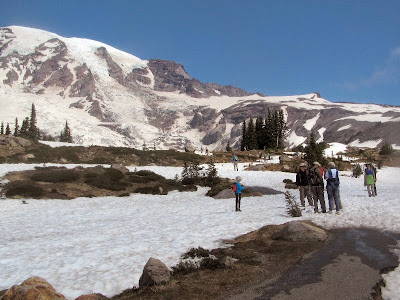 But the trails I have taken in the past are closed a short distance up the mountain, and we are diverted onto a side trail. And even that is snow covered in a lot of parts. We trudge on through the snow for maybe a half mile, and finally turn around. 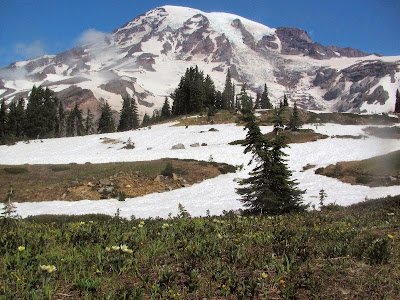 There are a few flowers along the trail, but nothing like what I've seen in the past. 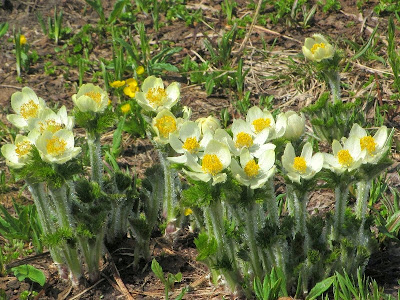 There are Western Anemones - 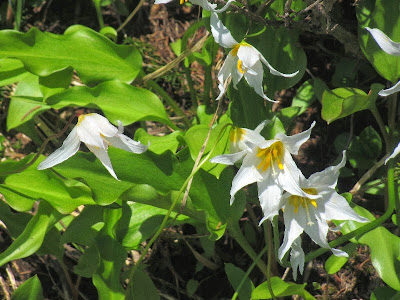 And Avalanche Lilies, which appear right after snow melt. 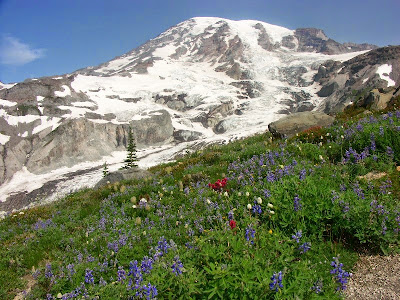 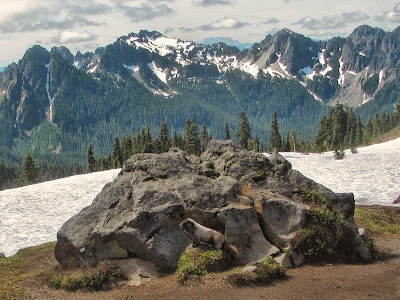 In addition to the deer, we saw a couple marmots. 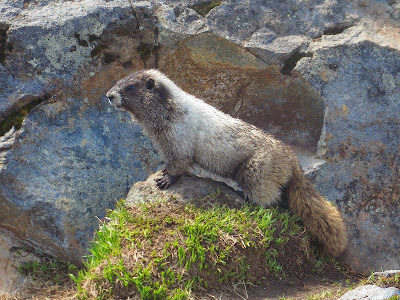 I was too slow with my zoom, but Phil got a nice picture. 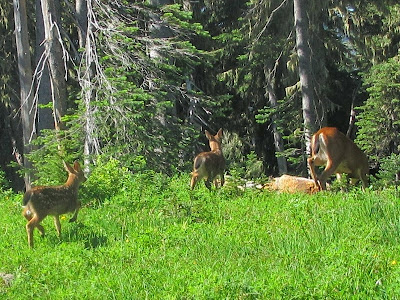 In spite of the snow, the hike was still a lot of fun. There were more adventures in our Mount Rainier day, and I'll cover them in the next post. But for now - THE END.