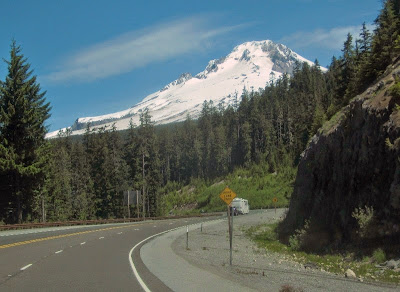 It's hard to ignore Mount Hood as you approach the Portland, OR area. 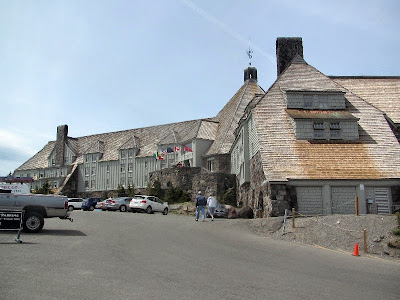 The WINs are staying at a Sno Park in Government Camp, but Phil and I stopped just long enough to run up and see Timberline Lodge. 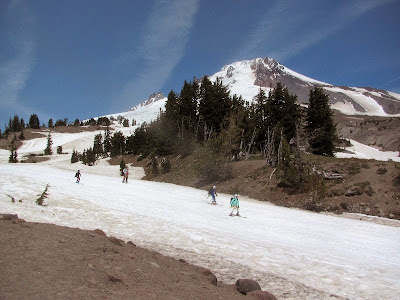 I had meant to go an a short hike, but it looks like there is way too much snow. 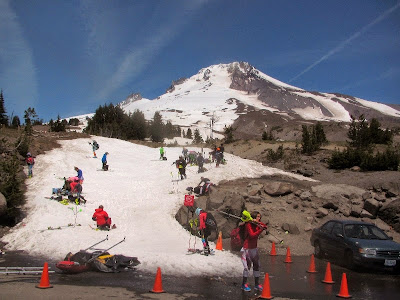 You can still ski right down to the parking lot. 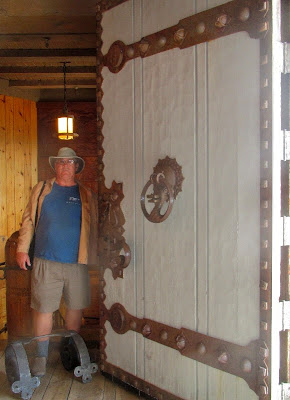 While we were waiting to go on their free tour, we wandered around. The doors were certainly impressively large. 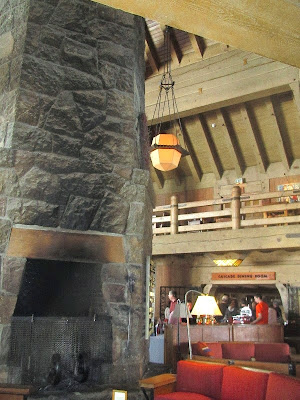 As was the multistory fireplace. 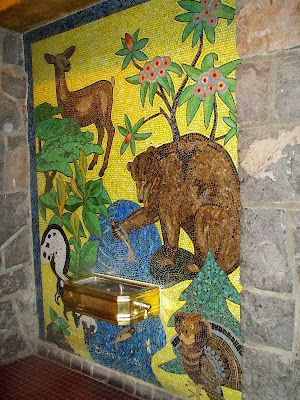 Near the entrance is a mosaic entitled " Spring on the Mountain," featuring local plants and animals found in the area. 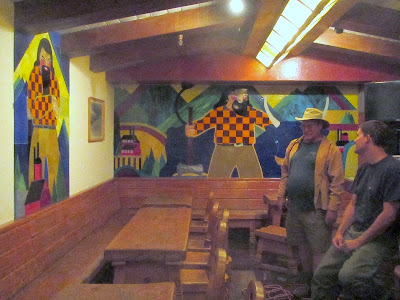 When our tour started, Phil and I were the only ones on it. We got taken down to the Blue Ox Bar, not normally on the tour because it isn't open for the season yet. 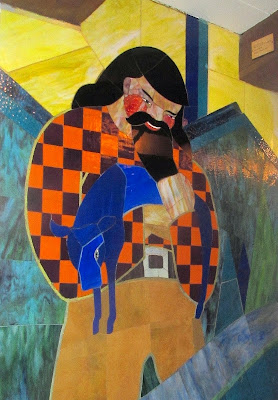 The glass mosaic murals of Paul Bunyon and Babe, the Blue Ox were really special. 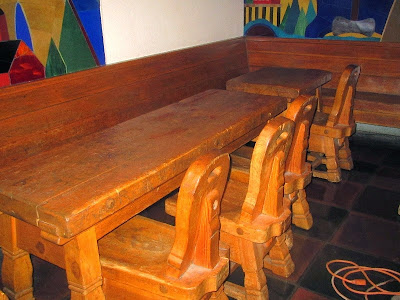 And the tables and chairs were part of the original furnishings of the lodge. 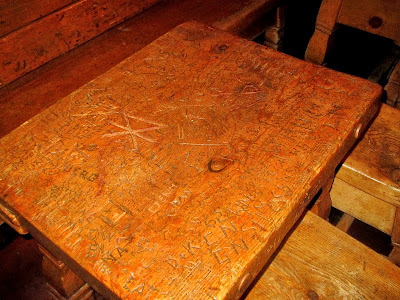 They've been etched by a lot of the previous visitors. 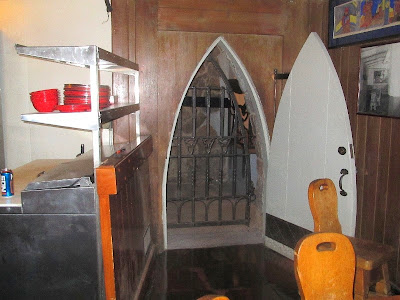 The door is tiny, because it used to be a storage room, until they realized that the lodge did not have a bar in it. 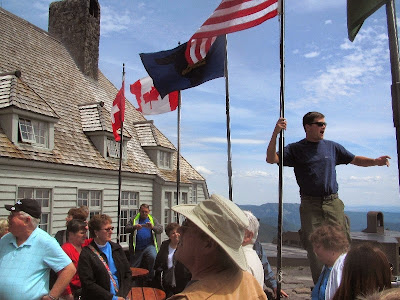 After we left the bar, a whole bus load of tourists joined us. Our guide was great - he was the guy in charge of the tours, and his interns who usually give the tours hadn't arrived yet.

From here we're moving on to the Portland area.