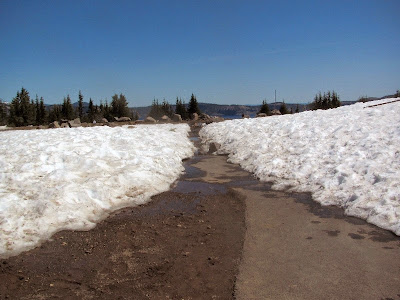 From Klamath Falls we moved north to a casina at Chiloquin. From there we did a day trip to Crater Lake. There is still lots of snow here, but there was a path over to the rim. 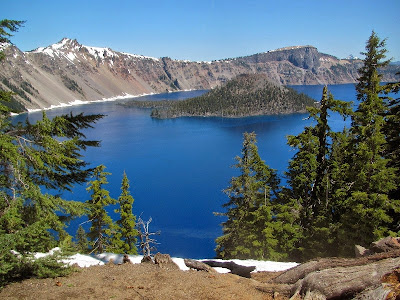 Crater Lake is the deepest lake in the US - almost 2000 feet deep! It was formed when Mt Mazama blew its top 7700 years ago. It then filled with water. Wizard Island erupted after the lake began to fill. 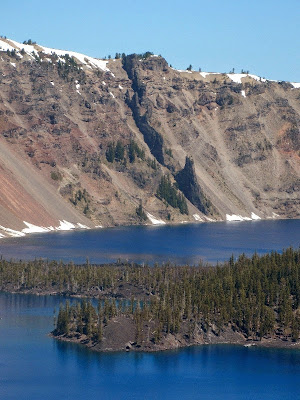 Looking beyond Wizard Island, you can see Devil's Backbone. 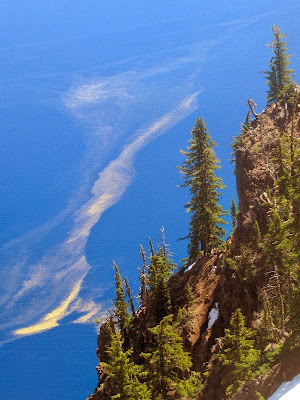 Floating in the water was some really pretty something - pollen? moss? I never got the answer. 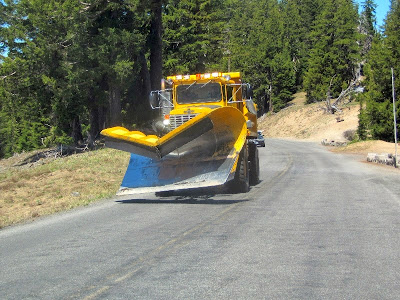 Although a road goes around the crater, only the west side is open now. They're still working on clearing the snow on the east side. 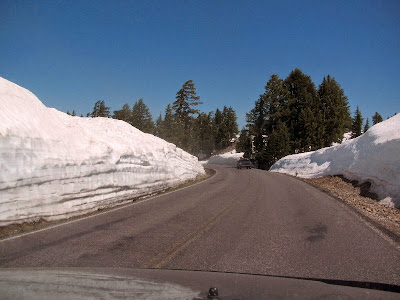 As we drove around the west side, the road rises and the snow becomes deeper. 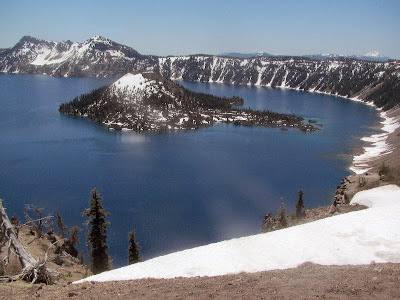 The lake holds 4.9 trillion gallons of the most pristine water. 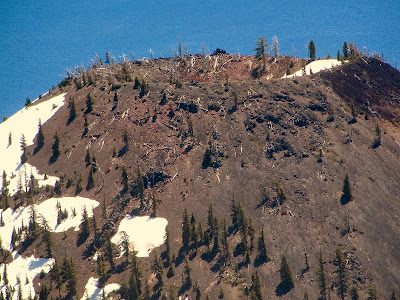 As we got higher, it was possible to see the crater on the top of Wizard Island. 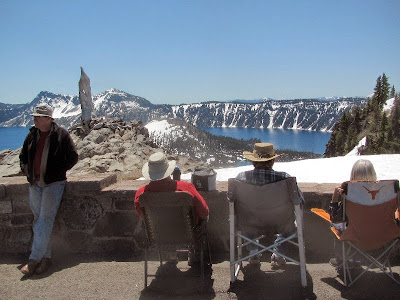 After lunch along the rim, we headed back.