The Rest of Mesa Verde 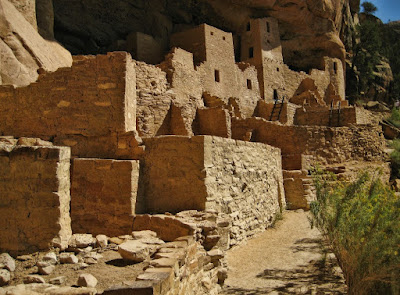 It originally contained 150 rooms, and 23 round kivas. 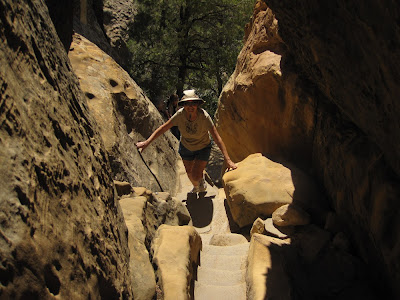 The tour to Cliff Palace also involves stairs and ladders, but is not nearly as difficult as the trip to Balcony House. 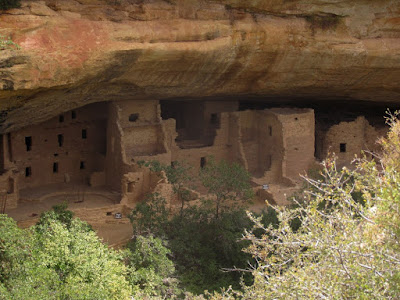 You can take a self-guided tour to Spruce Tree House, the park's best-preserved and third largest cliff dwelling. 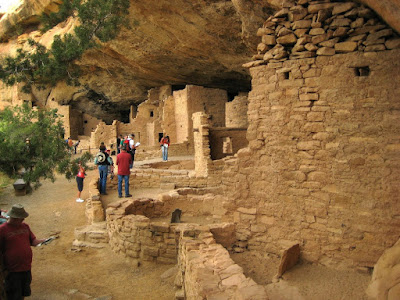 Built in the thirteenth century, as were all of these cliff dwellings, it contains 130 rooms and 8 kivas. 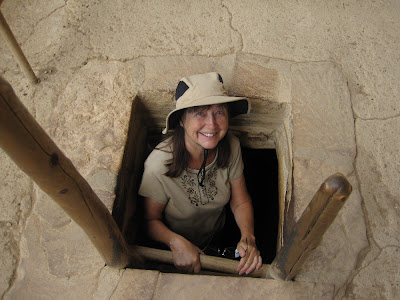 One of the kivas has been recovered, and you can go down and see how you like it. 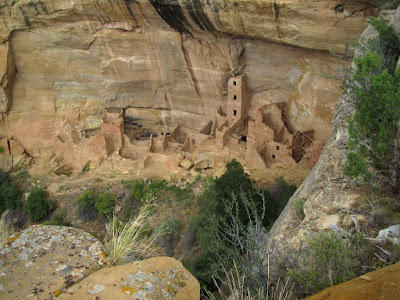 I would have loved to go on the tour of the tallest structure in the park, Square Tower House, just to see the "Crow's Nest," a unique feature you can't see from the overlook. Built high in a crevice on the cliff face, it was probably used for protection. 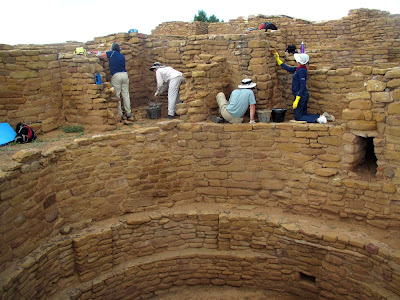 The dwellings in the park are constantly being preserved, but not rebuilt. Here some volunteers work on Far View Ruins. 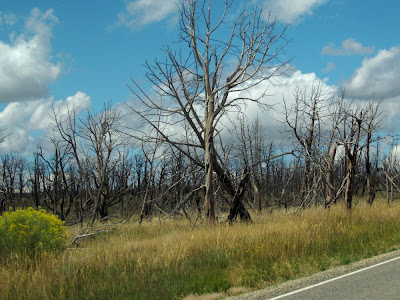 Several fires in recent years have destroyed most of the trees in the park. Since there is so little rain here, it takes a long time for the vegetation to recover. 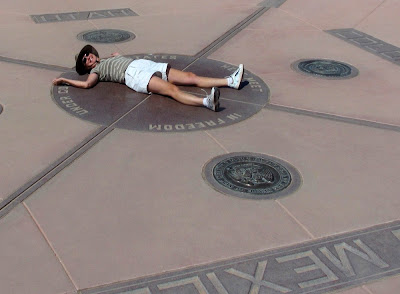 On the way to Mesa Verde is Four Corners, the only place where you can be in 4 states - Utah, Arizona, New Mexico, and Colorado - at the same time.