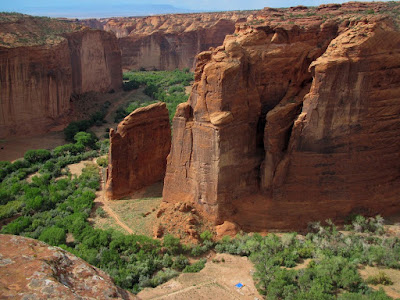 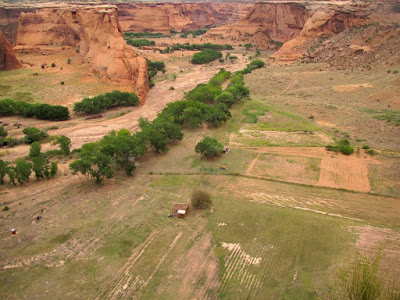 Archeological evidence shows that people have lived in the canyon for nearly 5,000 years. A few Navajo still live here, farming and living in traditional log hogans. But the canyon is known for the many ancient pueblo ruins it contains. Several can be seen from the canyon rim. 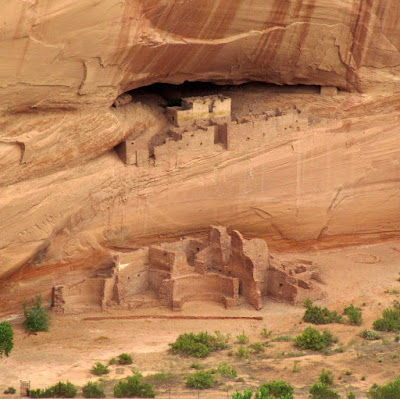 White House Ruin was built by ancestral Puebloan people and occupied about 1,000 years ago. It is so named because the upper dwelling is covered with white plaster. 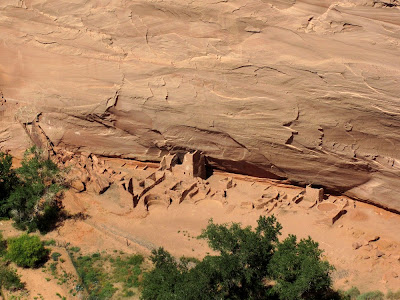 Antelope House Ruin can also be seen from the rim. (Both of these shots have been zoomed in a lot.) 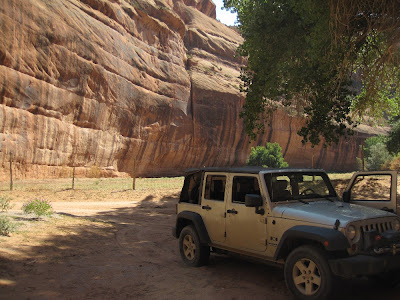 But to really see the canyon, you have to go down into it. You can go on a tour in one of the big open trucks from Thunderbird Lodge (called the "Shake and Bake" tour), or you can go on a smaller tour in a jeep with a local Navajo guide. Guess which one I did...

You can drive your own 4X4 vehicle into the canyon, but you still must have a Navajo guide. Information on the company I chose, which I highly recommend, is here. 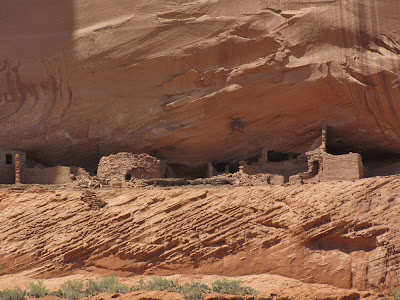 The first ruin you see on the tour is called "First Ruin." Imaginative, huh? When we were leaving the canyon at the end of the tour, our guide called it "Last Ruin." 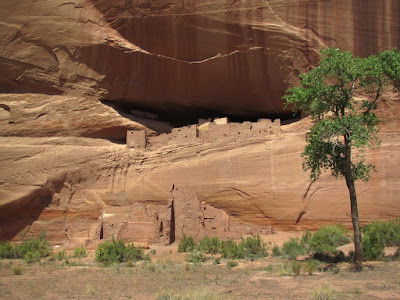 Here's White House Ruin from the canyon floor. You can see that the top structure is whiter than the rest. 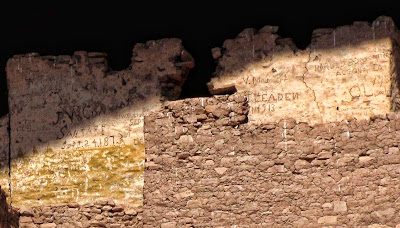 Zooming in on the top, you can see some names and dates left by archeologists, according to our guide. However, one date I see is 1873. 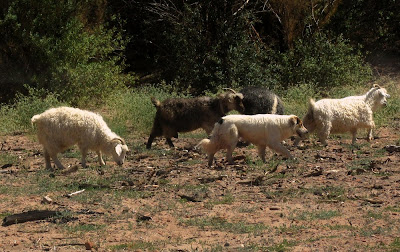 Driving on, we saw one thing that amazes me on the Navajo reservation. Sheep are left to wander with just a dog in charge. And the dog knows where to take the sheep and when to bring them home. 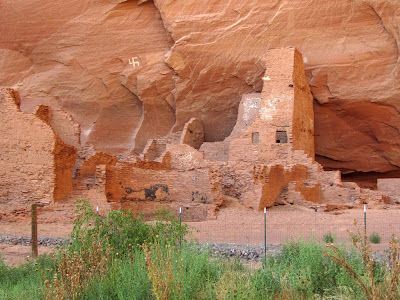 In addition to many other ruins, we got to see Antelope House from the canyon. That is not a Nazi swastika on the wall, but a Navajo symbol. It represents a wandering clan. The fact that one foot is missing means the clan was not done wandering. Hmmm... Maybe I should paint one on my rig... 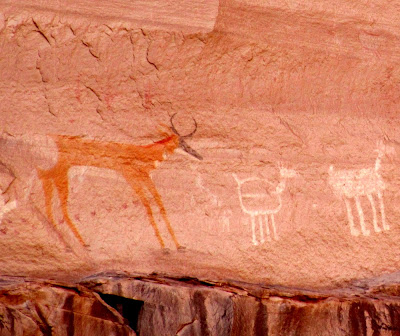 This is why Antelope House is so named - because of the several beautiful pictographs of antelopes, like this one on the left, painted on the canyon wall. Before you think that the ancient ones have vastly improved artistically, it turns out this was done by a Navajo artist in the early 1800s. 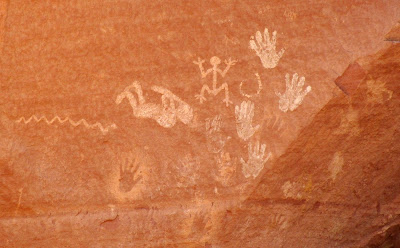 We saw lots of other pictographs. This one is interesting because it contains a Kokopelli, a hump-backed flute player fertility god. I don't know why his feet are on backwards... 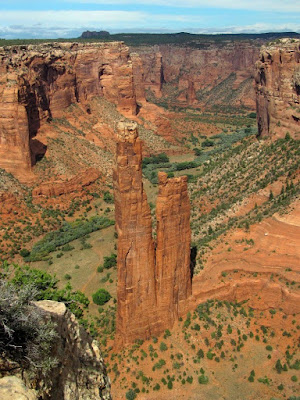 Possibly the prettiest natural structure in the canyon is Spider Rock, an 800-foot high sandstone spire. While you can get to it in the canyon on a longer tour, it is best seen from the rim.
Posted by Diana at 4:37 PM