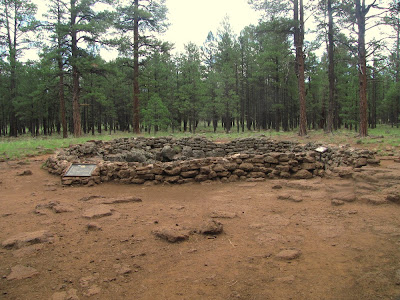 Just north and west of Flagstaff a little ways is what appears to be a pile of rocks in the middle of the forest. 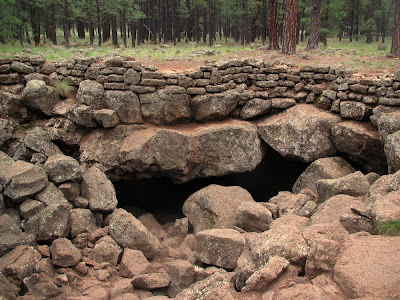 But a closer look reveals the entrance to a lava tube, almost one mile long! 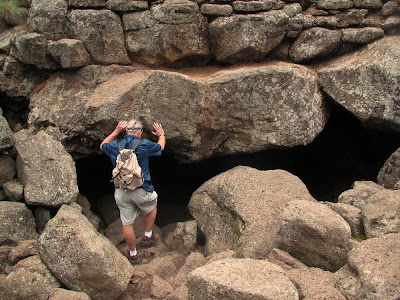 Supposedly, after you go down through this hole, the tube levels out. I had my doubts, but was willing to try it. 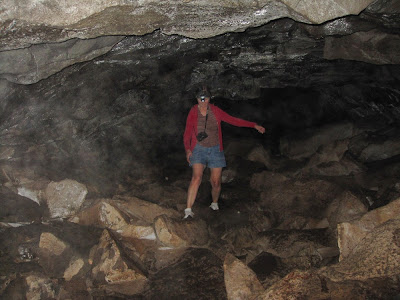 You have got to be kidding!!!! I am not a good boulder hopper. And don't tell me that hiking poles would have helped - I did most of it on my butt. 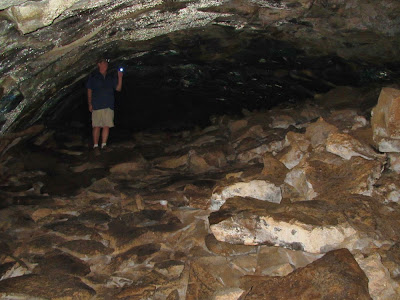 It did sort of level out after a while - the rocks were horizontal instead of vertical, but it was still rock-hopping, and the rocks were either wet or sandy, either way it was slippery. And the ceiling was low, so in addition to watching your feet, you had to watch your head. 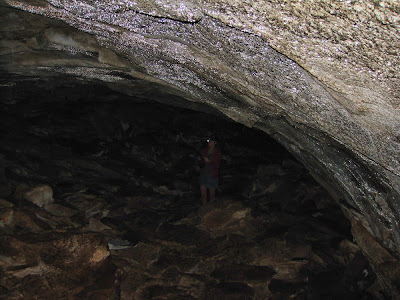 Needless to say, it wasn't long before I gave up. 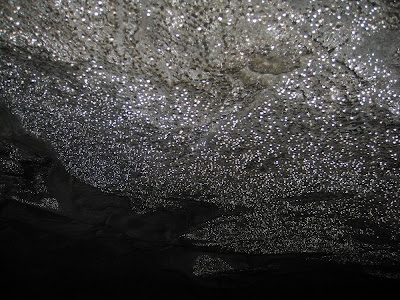 The water drops on the ceiling were kind of nice. 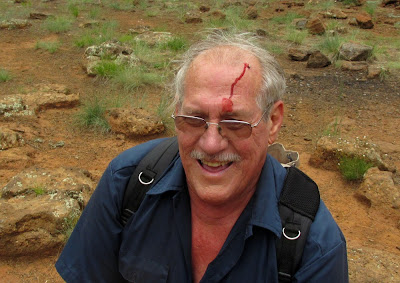 Did I mention you had to watch your head? To late, I read that you should wear a hard hat - like I have one of those lying around...

If you like a challenge, or would just like to read more about the cave, and get directions to it, click here.
Posted by Diana at 8:48 PM