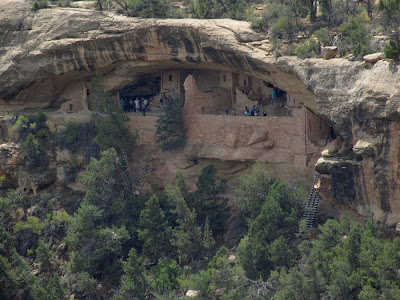 When viewed from across the canyon, Balcony House in Mesa Verde National Park looks impossible to get to. 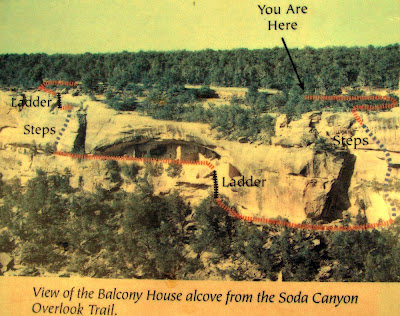 But a sign at the trailhead explains how it's done. 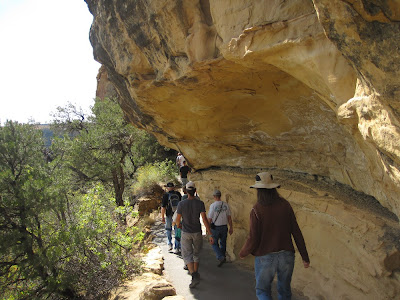 The steps down and walking along the ledge are "no big deal." 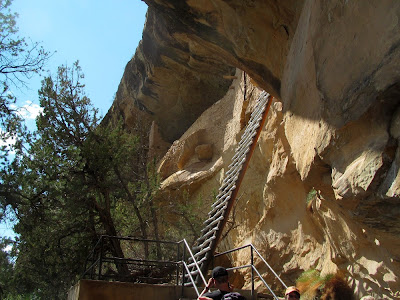 Then you get to the 32-foot ladder. 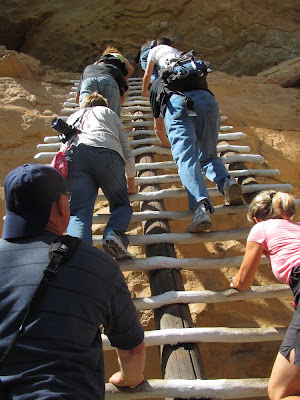 But still "no big deal" except that the air is kind of thin up here at 8000 feet. 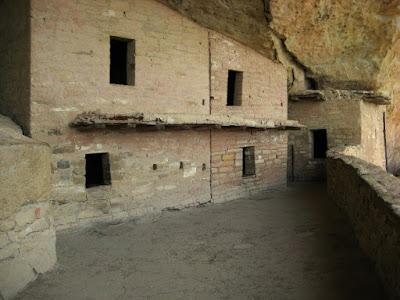 This is the balcony that Balcony House is named for. By taking core samples of the log beams, they have determined that the balcony was built in the 13th century. 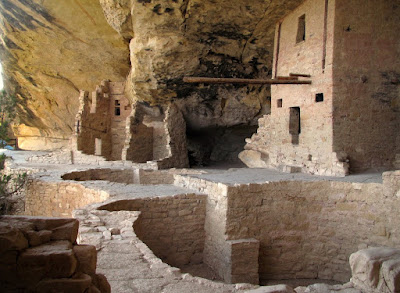 The second room has several "kivas," round ceremonial rooms that were originally covered. They think that each clan had its own kiva. 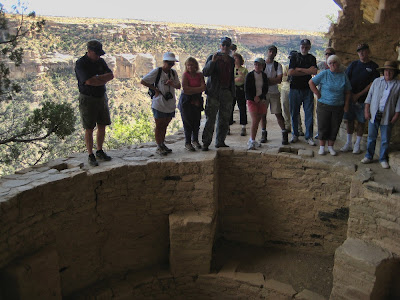 Look out! Don't step back! Why did these ancient ones move from homes on the mesa tops to cliff dwellings underneath the ledges? The theory is that as food and water became scarcer, the need to protect them became more important. 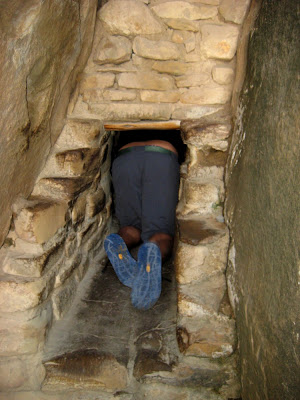 Back in its day, Balcony House had only one entrance, which was our exit. It was easy to guard. 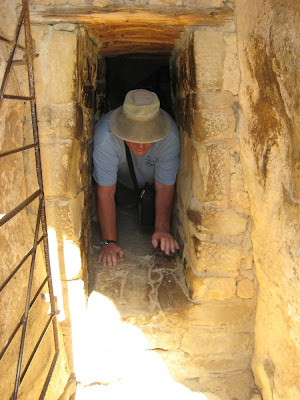 Only 18 inches wide and 12 feet long, it was a tight squeeze. 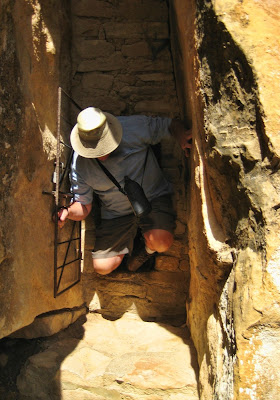 But the hardest part was getting your feet out first, so you don't have to take a dive. 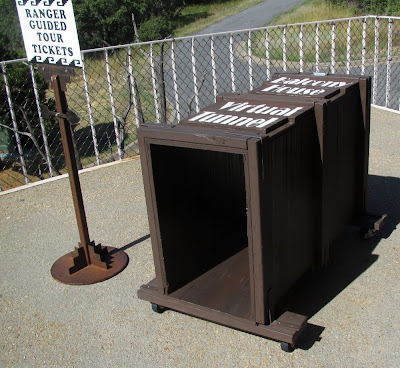 If you want to go on the tour, and are worried about getting stuck midway, they have a "virtual tunnel" at the visitor's center. 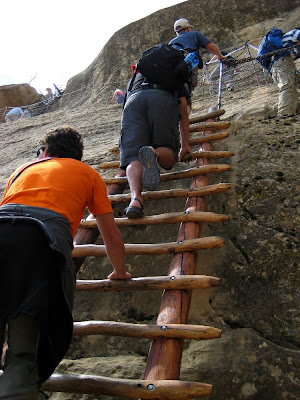 But you aren't done yet! Another ladder - 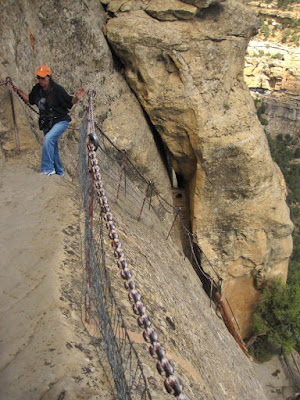 A 60-foot climb along an open face rock, and yet another ladder, and you're done!
Posted by Diana at 10:37 PM