Friday we joined back up with the WINs on the Lewis and Clark circuit in Omaha, Nebraska. The group has grown to about 50 people, and we pretty much took over the Glenn Cunningham City Park campground. 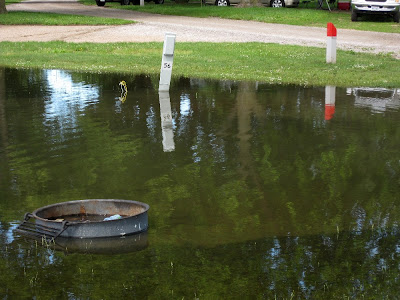 It's a beautiful campground beside a lake, although we've had a lot of rain recently and the lake has risen. I wouldn't want to try to plug into this electrical outlet! 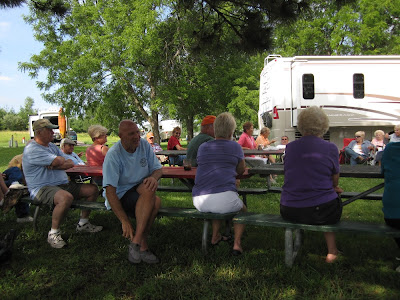 We meet everyday at 5:00 to discuss what we're doing next. And each day Carolyn gives us a quiz on Lewis and Clark. 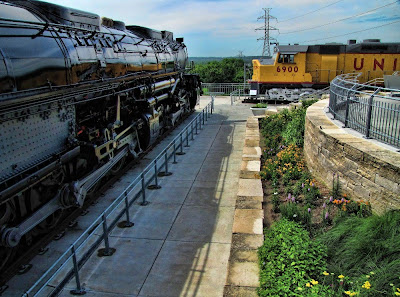 Everytime I go through Omaha, my father asks me if I went to see the trains. So I finally did! These 2 giant locomotives, one steam and one diesel, sit atop a bluff overlooking the Missouri River. 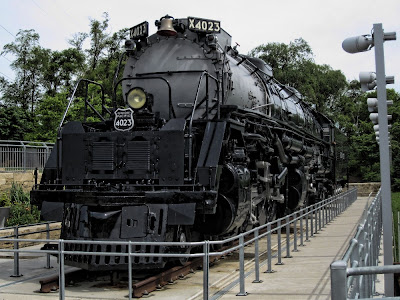 Built in November, 1944, the "Big Boy" is the most powerful, heaviest, and longest steam locomotive ever built. Twenty-five of them were made. 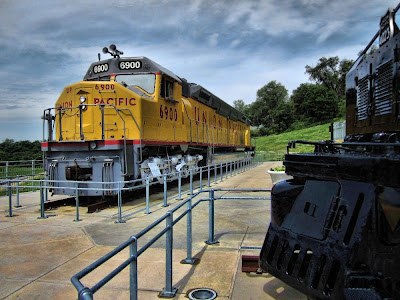 Locomotive 6900 was the first "Centennial" locomotive produced in 1969 to celebrate the 100th anniversary of the transcontinental railroad. They are the world's largest single-unit diesel locomotive. 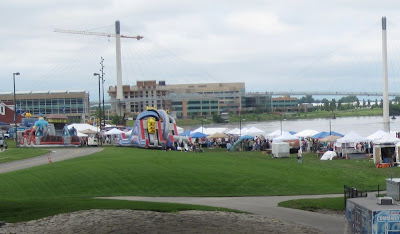 On Sunday, we went down to the Riverfront to the "Taste of Omaha."

The best thing was that Elvis was here!

He even handed out scarves and kisses. I'll bet she's going to sell this on Ebay!

This is a beautiful song - to hear the original Elvis version, click here. 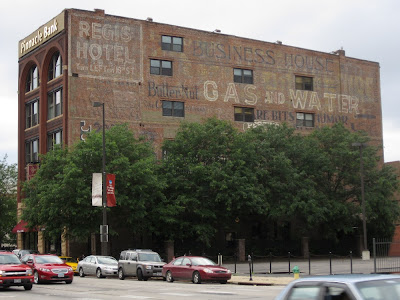 Walking home I was drawn to this building. It was the perfect subject to try out my new toy. I broke down and bought Topaz Adjust, the image manipulation software. 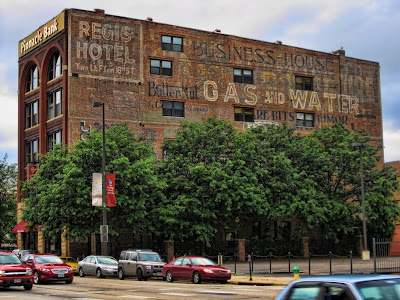 Here's the "after." The software is not stand-alone, it's a plug-in to other photo programs. Not wanting to buy Photoshop, I was pleased to find out that it works with my old Microsoft Digital Image program. Yippee!
Posted by Diana at 3:36 PM