These prehistoric animals are happily gathered around their local watering hole in what is now northern Nebraska. Life is good! 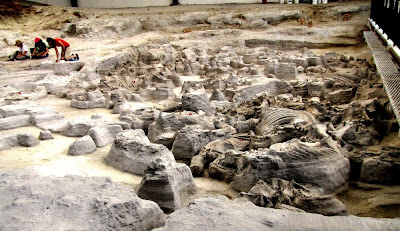 Then BOOM - a supervolcano erupts almost 1,000 miles away in what is now southwestern Idaho. Volcanic ash one foot deep is everywhere, it gets into their lungs and they die, many by their favorite watering hole. 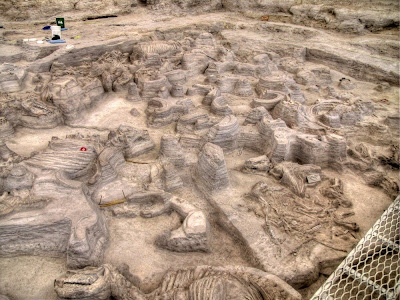 The area is now Ashfall Fossil Beds State Historical Park. This is the part inside the new Rhino Barn, where skeletons are being unearthed every summer. It's amazing how close together the skeletons are. Over 350 fossil skeletons from 12 species have been discovered on the whole property so far. 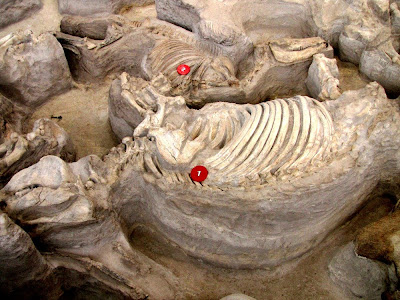 Many of the skeletons in the barn are numbered and they give you a very nice Skeleton Map. Number one here is a young adult male Barrel-Bodied Rhino, and number two is a Three-toed Horse. 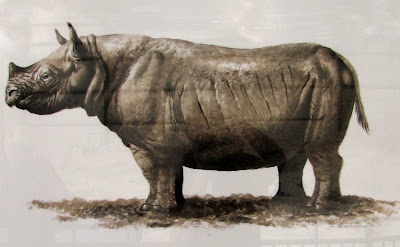 The Barrel-Bodied Rhino is the most common animal in the site. 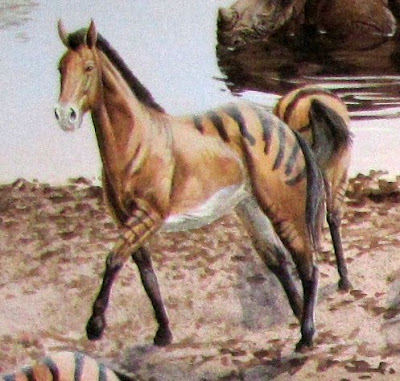 Here's what the Three-Toed Horse looked like. Don't you wonder how they got these pictures? 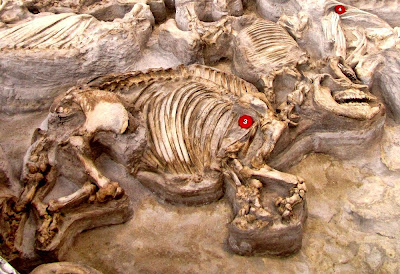 Number Three is a female Barrel-Bodied Rhino. Her baby is the smaller skeleton above her neck. 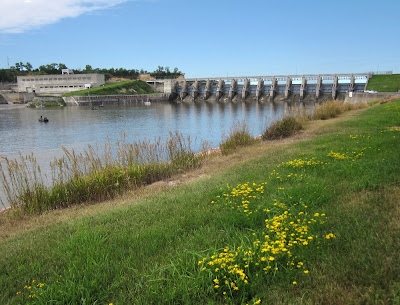 On this stop, we were camped in a beautiful campground near the Gavins Point dam on the Missouri River. 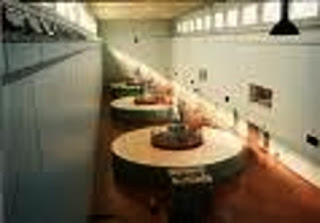 One day we went on a tour of the dam. Unfortunately, they won't let you bring a camera, so I had to resort to a picture from the internet. The generators at the dam provide enough electricity to meet the annual needs of 68,000 homes. 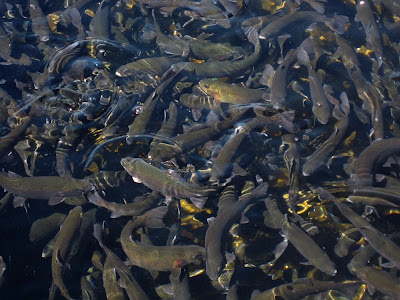 Nearby is a fish hatchery and aquarium operated by the US Fish and Wildlife Service. 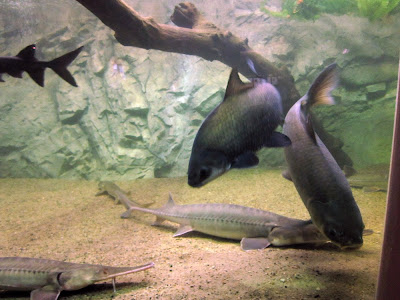 The aquarium features the local fish. That thing on the bottom is an endangered ancient fish, the Pallid Sturgeon. It can grow up to 6 feet long and weigh up to 85 pounds.
Posted by Diana at 11:43 AM