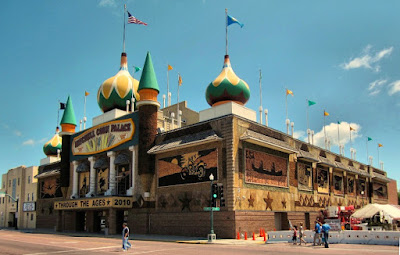 Mitchell, SD - I can't believe I've never been here before! The first Corn Palace was built in 1892. The corn murals and the grasses are redone every year. The 2010 theme is "Through the Ages," depicting various modes of transportation and travel. 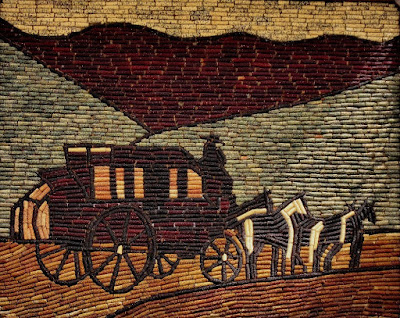 Over a half million ears of twelve different kinds of corn are used to do the murals. The ears are cut in half lengthwise and the ends are trimmed off, then nailed to the building. 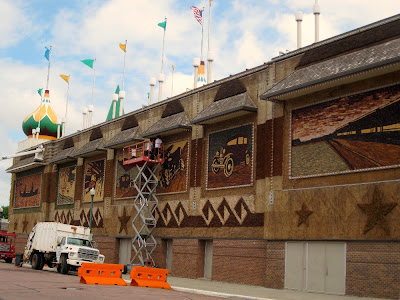 In early summer, the old grasses and grains are removed. 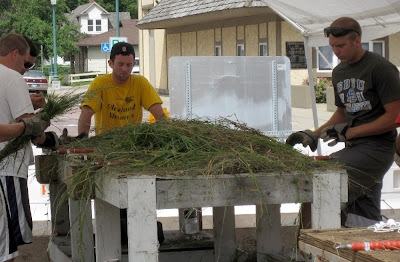 Then 3,000 bushels of milo, rye, oat heads, and sour dock are tied in bundles and attached. 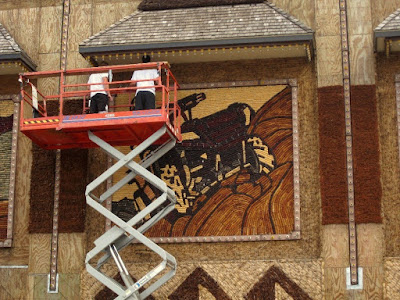 The corn murals are redone in late summer when the corn crop is ready. 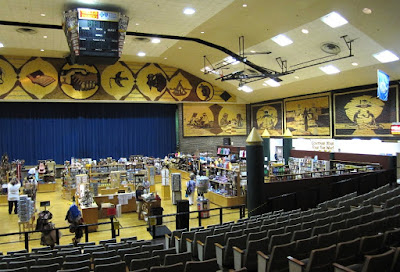 Inside is a full size basketball court, surrounded by other murals. The inside murals are redone every 10 years. When basketball is not in season, the floor is a gigantic corn gift shop. 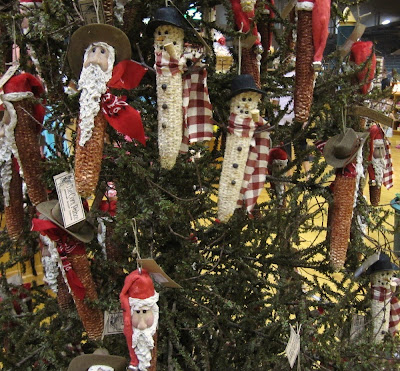 All kinds of great corn gifts, including my favorite - Christmas ornaments. 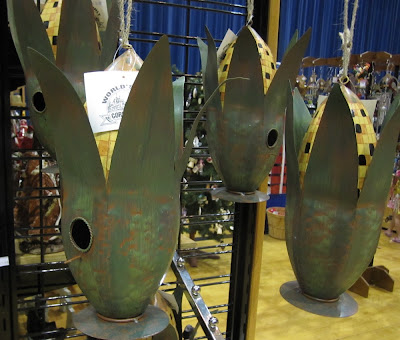 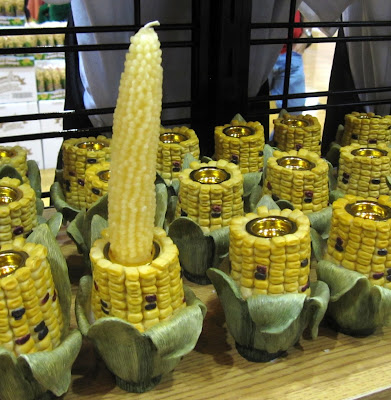 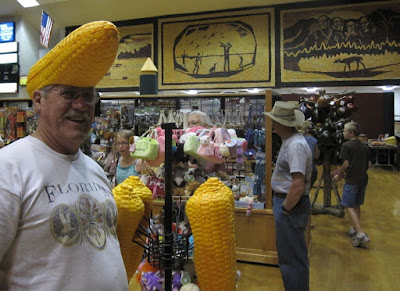 Corn hats for an Iowa boy - 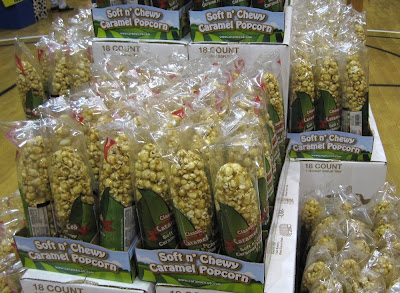 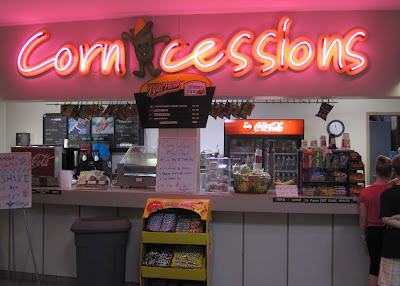 And if you're still hungry, you can go to the Corn-cession stand!
Posted by Diana at 8:57 PM