Up River to Jefferson City 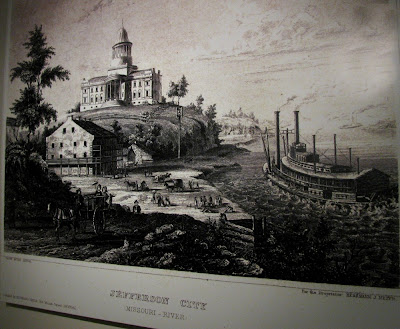 Jefferson City was chosen early as the capital of Missouri, with the first capitol building being completed in 1826. 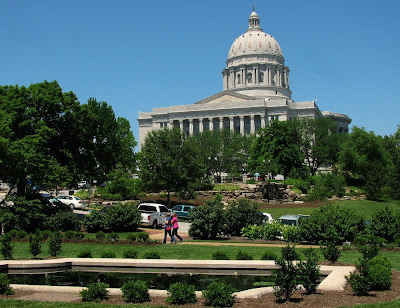 The present capitol building was completed in 1917. It is the third one built, the first two having been destroyed by fire. It sits atop a hill and is visible for miles around. 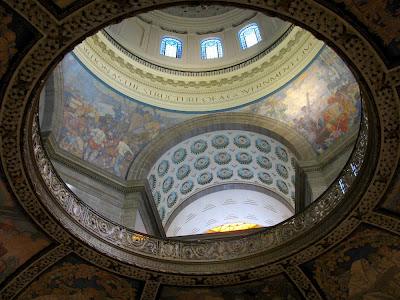 The inside is just magnificent. 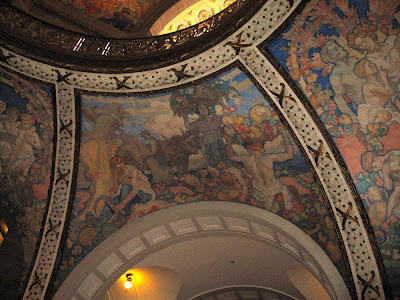 Apparently after the latest capitol was built, there was $1 million left over, so artists were hired to paint pictures of early Missouri life. 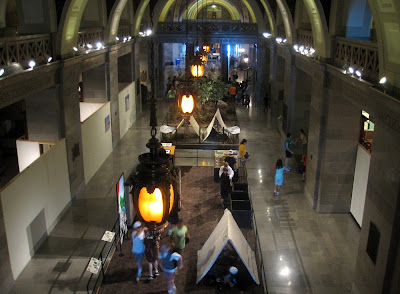 The bottom floor contains a museum of Missouri history. 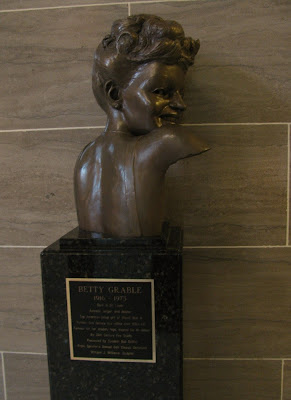 And there are statues throughout the building of famous people from the state. This is Betty Grable. 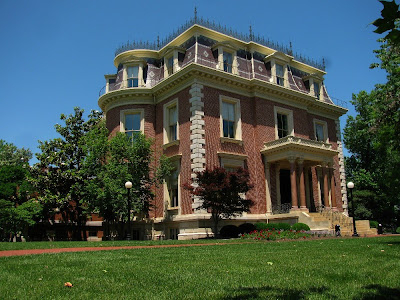 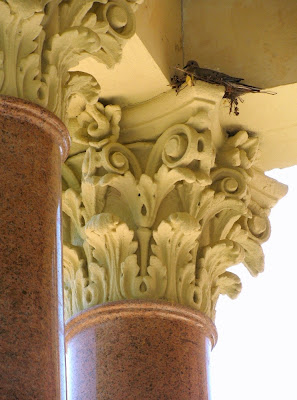 This very selective Mourning Dove certainly has the best home for her family, right on the governor's front porch. 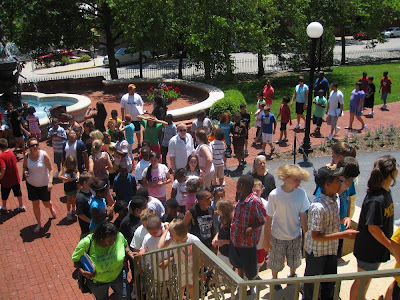 We lined up for a tour. Uh-oh! It was Fourth-graders tour day. 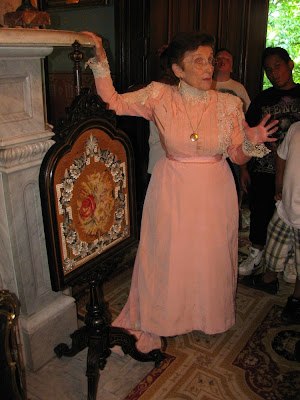 The tours were conducted by docents in old-time dresses. This screen was used by women as a shield from the heat of the fireplace so that their waxy makeup wouldn't melt. 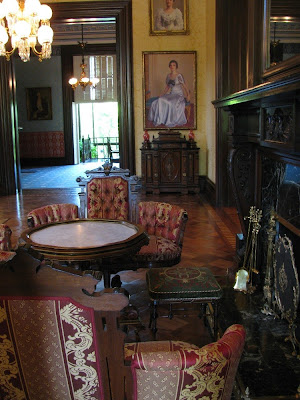 The tour was of the first floor. The governor and his family live on the upper two floors. 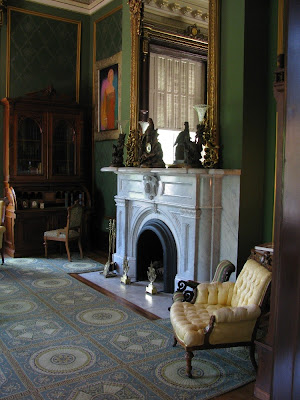 The walls of the first floor are covered with painted portraits of all the Missouri First Ladies. 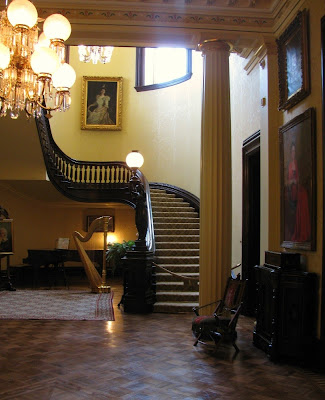 The most striking interior feature is the free-standing Grand Stairway carved out of walnut. 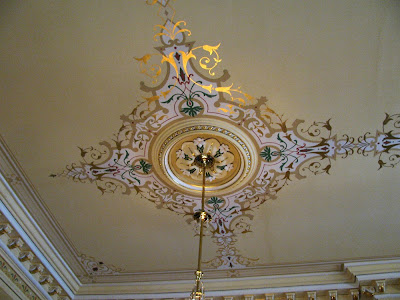 And don't forget to look up - the ceilings are elaborately painted and trimmed with real 23-carat goldleaf. 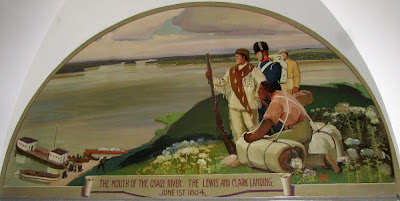 After our tour, we went to Clark's Hill, where Lewis and Clark stayed June 1-2, 1804. Clark climbed the 100-foot hill and found Indian burial mounds. 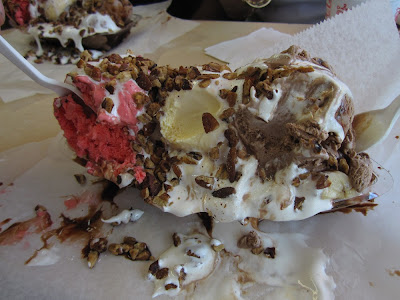 Then we all went back to town and had a very nutritious lunch.
Posted by Diana at 11:22 AM