After the Dance Rally in Bandera, TX was over, we started out on a fast tour East to see relatives. 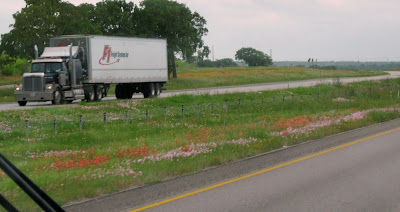 Since we were in a hurry, I had to be content taking pictures out the window. There were lots of pretty flowers along the road in Texas. 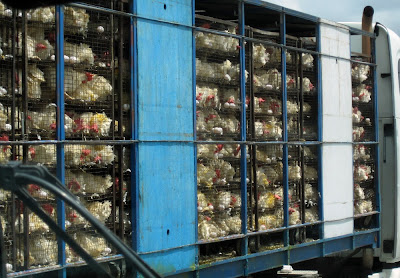 Several of these trucks loaded with egg-laying chickens passed us. I felt sorry for the poor things. 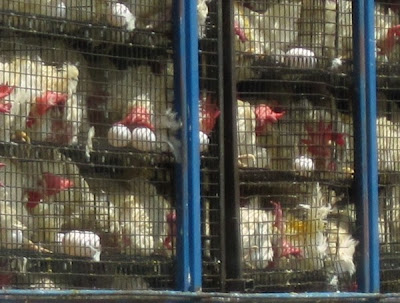 You can see the poor wind-blown things and their eggs, mostly broken. 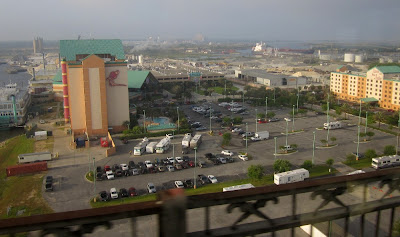 The first night, we stayed at the Isle of Capri casino, right off the interstate in Lake Charles, LA. 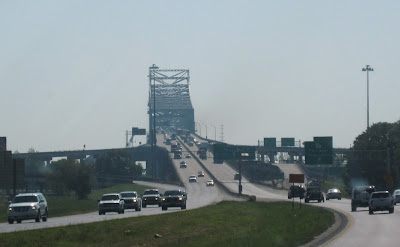 The next day, we crossed the Mississippi River. I just dread this - I would much rather stay in the West! 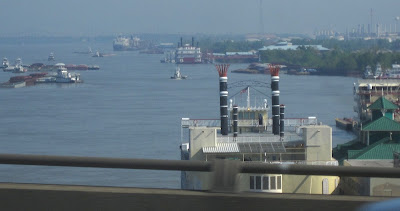 Got a shot of some of the many paddlewheels on the river. 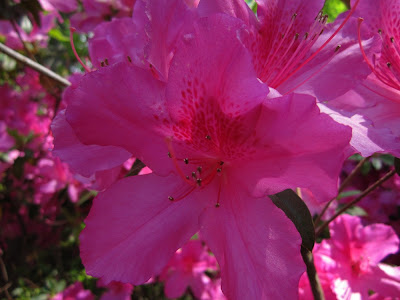 Well, maybe the East isn't so bad after all - the azaleas are in full bloom everywhere, and I realized I've missed them. 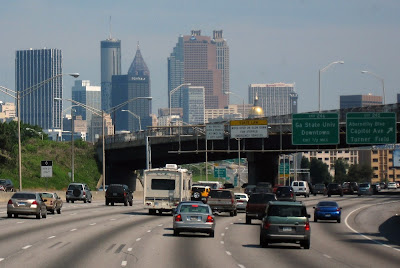 Took some shots driving through Atlanta. 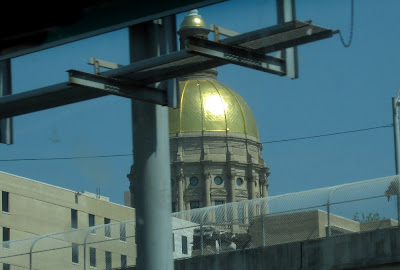 Even this terrible shot of the Capitol! 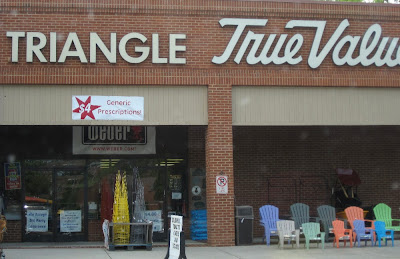 Arriving in Durham, NC, I saw something really unusual - a True Value hardware store with a pharmacy! I thought maybe this was a new thing for True Value, but when I googled it, it appears this is the only one like it anywhere. 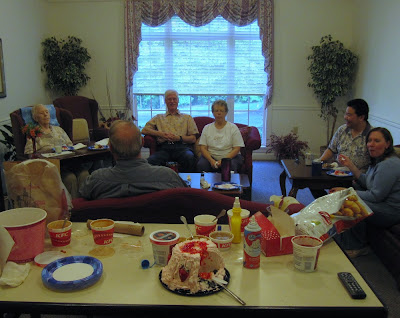 We're here to spend some time with Phil's mother, who lives in a very nice assisted living center. One night Phil brought in her request for a meal for her and all the relatives - Kentucky Fried Chicken, and strawberry shortcake.

From here, we're headed up to Richmond, VA for the NASCAR race, and some sightseeing.
Woo-hoo!!
Posted by Diana at 8:55 AM