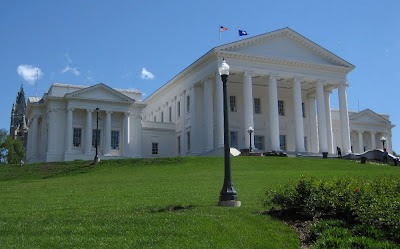 There is lots to see and do in Richmond, VA. I was interested in the Virginia Capitol, which was designed by Thomas Jefferson. The center part was built in 1788, and the wings were added in 1905. It is one of the few state capitol buildings in the US that does not have an external dome. 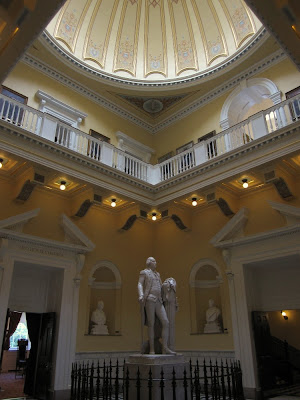 Inside, however, there is a dome, over a statue of George Washington and busts of the seven other presidents born in Virginia. 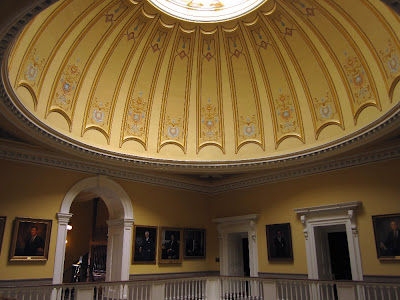 The General Assembly of Virginia, the oldest lawmaking body in America, still meets in this building. 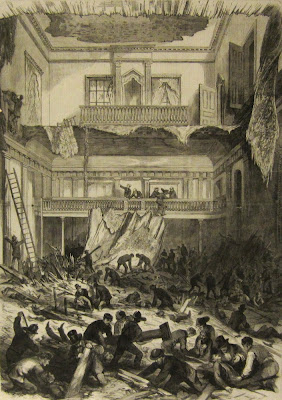 During the Civil War, the building was not maintained well, and in 1870 a floor collapsed, killing 62 men. Despite calls for the building's demolition, the damage was repaired and the building renovated. 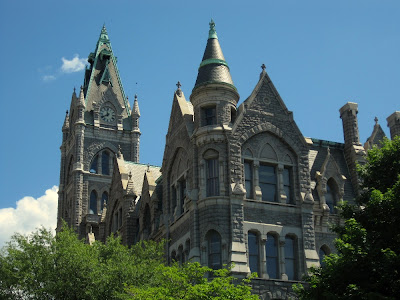 Close by the capitol is the Old City Hall. It was completed in 1894, and served as the City Hall until the 1970s. 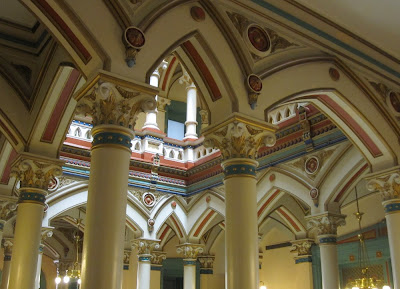 The inside is quite a colorful surprise! 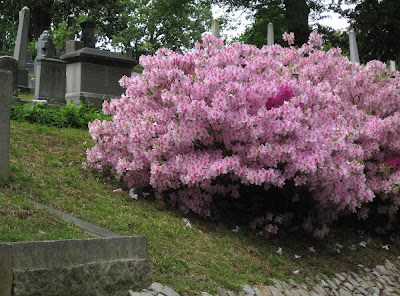 Richmond has a lot of nice museums, but they aren't my favorite thing. So where did I pick to go? To the Hollywood cemetery! It opened in 1849, so it has some really interesting tombstones. Nice azaleas too! 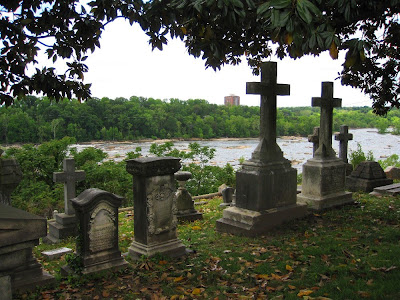 It's a huge cemetery, built on rolling hills overlooking the James River. There are lots of ghostly legends surrounding the graves. 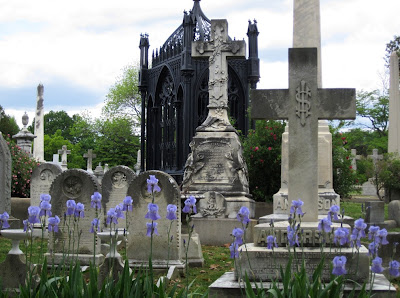 Two US Presidents are buried here - James Monroe and John Tyler. Monroe's grave in inside the intricate cast iron cage. John Tyler's grave is nearby. 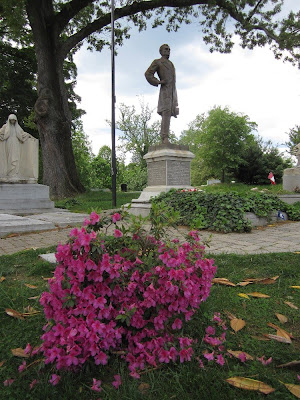 Jefferson Davis, the President of the Confederacy is also buried here. The spider web on his face looked a little creepy. 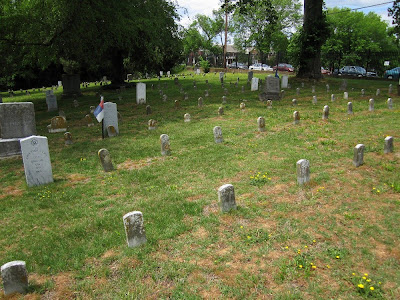 Also buried in the cemetery are 18,000 Confederate soldiers, under a mixture of new tombstones or old numbered stones. Many had no stone at all, but the rows were numbered, and must be mapped somewhere.
Posted by Diana at 5:45 PM