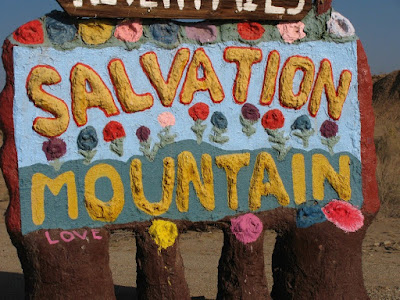 The highlight of any trip to the Slabs, near Niland, CA, has to be Salvation Mountain. 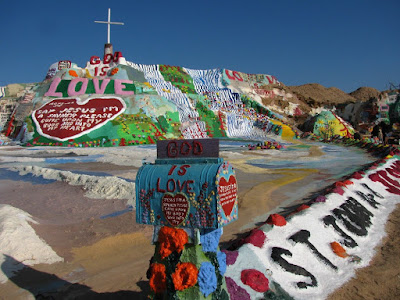 Built over the last 25 years by 78-year old Leonard Knight, it's a huge piece of folk art that's been declared a National Treasure by Congress. 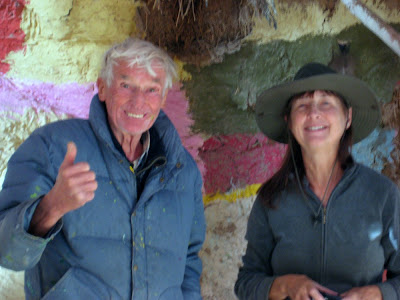 Leonard welcomes you so openly that you feel like you are a long lost friend. He gives everyone a personalized tour. Although the mountain is decorated to highlight his religious beliefs, he doesn't push religion on you.

You may remember that Leonard, the mountain, and the Slabs were all in the movie "Into the Wild." 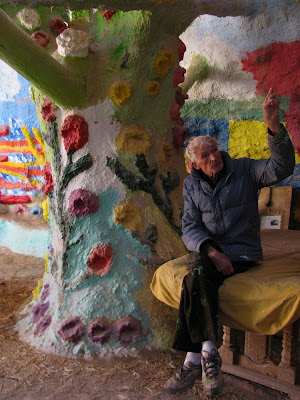 His current work centers on "The Museum," the area to the right of the main structure. It's supported by "trees" that Leonard built from old tires. 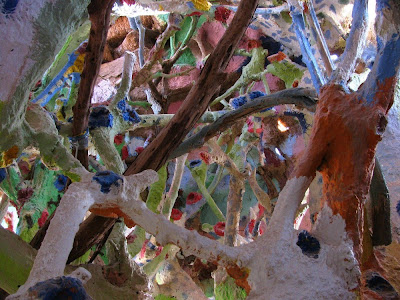 And tree branches that are bolted together and decorated. 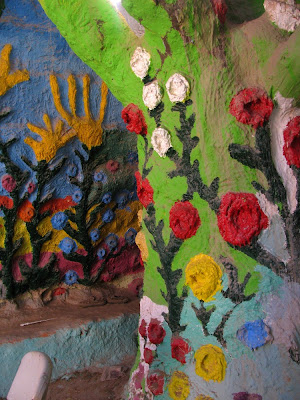 A closeup of the largest tree made from tractor tires. 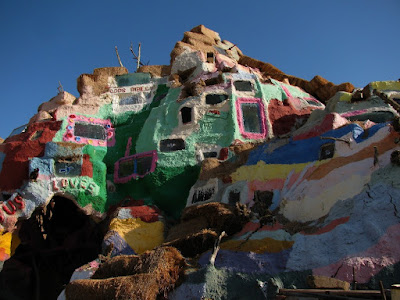 Outside of the front of The Museum you can see how he incorporated windows into the hay bales and adobe. 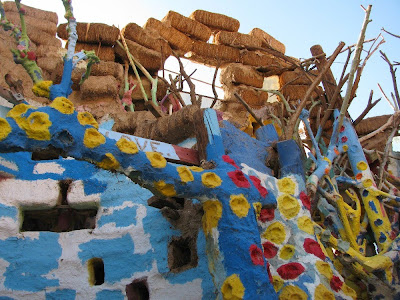 Out back you get a good view of the new hay bale construction. 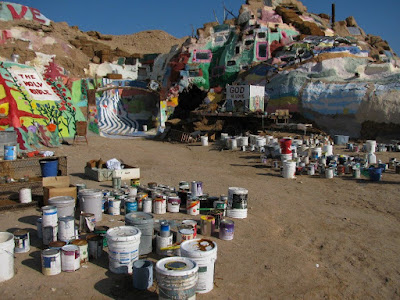 So far, the Leonard has used 100,000 to 200,000 gallons of paint, most of it donated. Because of the extreme heat and sunshine here in the summer, the mountain must be repeatedly repainted.

Around 1994, the state said the land was contaminated by lead paint and the mountain must be removed. Petitions and protests ensued, and in the end Leonard hired a private company to do testing. They said the land was clean. So now it's a National Treasure and safe from destruction. 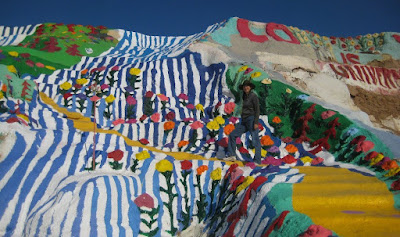 At the end of the tour, Leonard invites you to climb "The Yellow Brick Road" through 2 painted waterfalls to the top of the Mountain. You might have to look closely to see me - I kind of blend in! 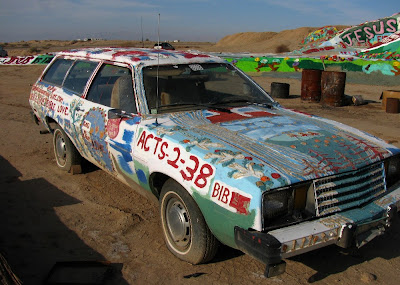 There are also many decorated vehicles on the property. This one even had an old faded WIN sticker on it!
Posted by Diana at 1:43 PM