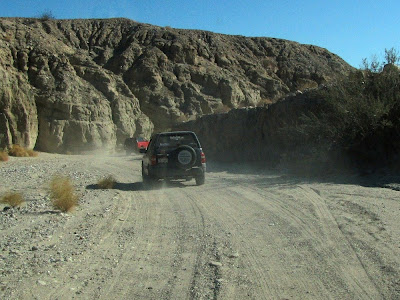 Anza Borrego State Park is the largest state park in California, and we were parked right in the middle of it. During Thanksgiving week, Stew and Mike led us on two terrific four wheeling trips. The first one was fairly easy, mostly going down the many washes in the park.

We first went to a nice palm oasis, which I forgot the name of. 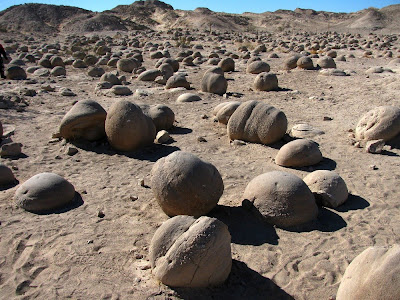 Then on to the Pumpkin Patch, which I had seen many years before. Unfortunately, some of the "pumpkins" have been broken by unknown off-road vehicles, but there is now a fence around it to protect them. 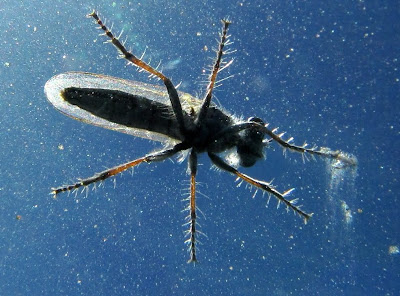 Here I am getting distracted again. This tiny guy was on the windshield and I put the lens of my new camera right up to the glass.

The second trip was a lot more challenging, into the northwest section of the park that I have always wanted to see. When the going got tough, I rode with Stew because he had a very high clearance Jeep. We first drove through an 18" deep stream.

Then, we climbed up several steep hills over big rocks. 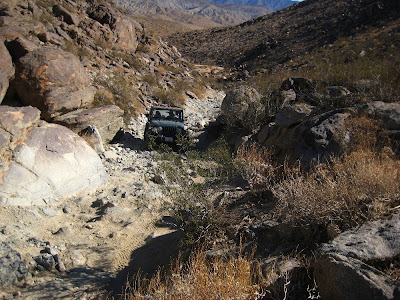 Looking down on Mike from the top. 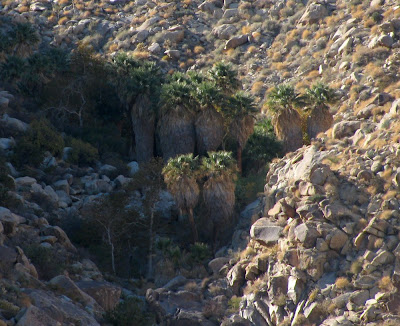 We went into several desert canyons. This one had a little oasis way up in the ravine.

Thanks so much Stew and Mike for 2 fantastic trips!
Posted by Diana at 10:10 PM