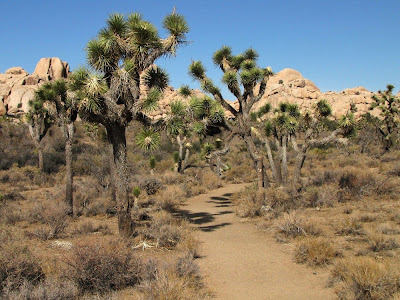 Joshua Tree is one of my favorite California parks. On my way to Borrego Springs for our annual Turkey Day bash, I stayed two nights right outside the south entrance to the park. The hiking here consists of walking among Joshua Trees and rocks. 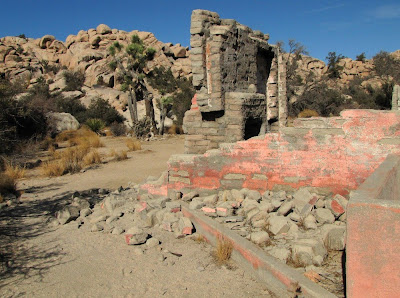 My favorite hike in the park is the one to Wall Street Mill. First off is the ruins to this pink house. Why pink? No one knows.

Nearby is the first of several old rusty vehicles. I just love rusty stuff! And one thing my new camera does is take bracketed shots like this: 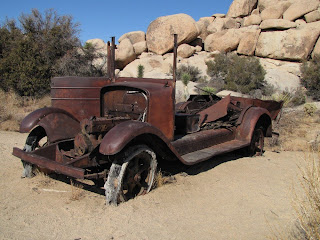 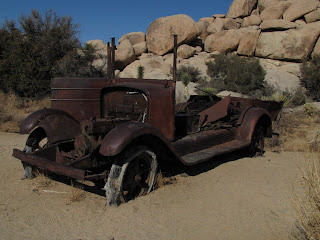 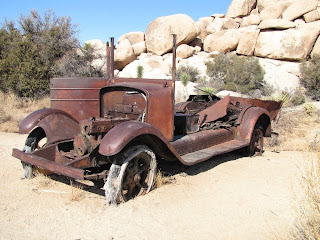 This allows me to do HDR (High Dynamic Range) pictures, that are made from different exposures of the same shot. It's supposed to look more like your eye sees it, with more detail in the shadows and the highlights. For more information, look here. 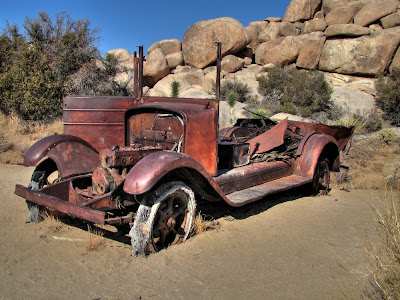 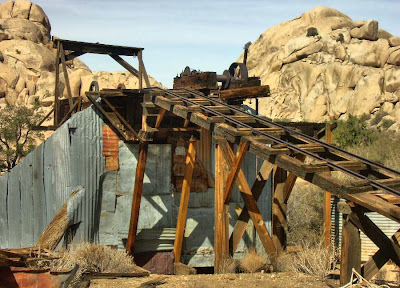 About a mile from the trailhead you come to the mill, the remains of a stamp mill operated sporatically by William Keys from 1930 to 1966 to process gold ore from his mines and the mines of others. 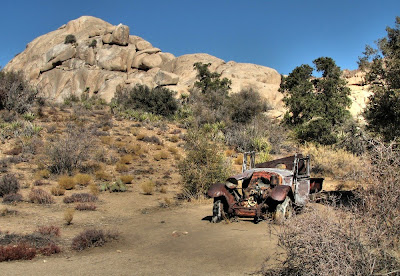 And nearby is more rusty stuff. 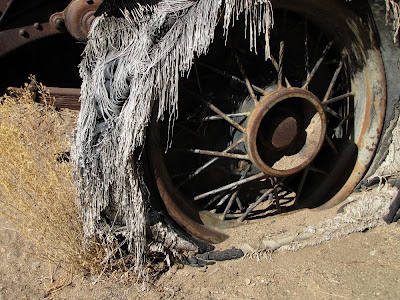 This one definitely needed some new tires. 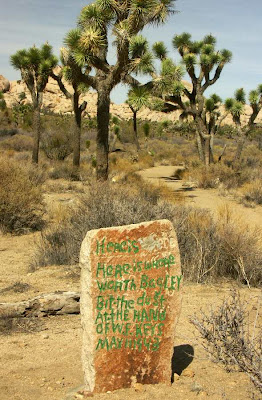 Also along the trail, which used to be the road, is this monument, where Keys shot and killed his neighbor, Worth Bagly. It states "Here is where Worth Bagly bit the dust at the hand of W.F. Keys, May 11, 1943." It's hard to believe the Wild West lasted so long here. Keys argued self-defense, but was convicted. He was paroled from San Quentin in 1948, and later pardoned, when his friends intervened and provided more information about Bagly's threats and antagonism toward Keys. 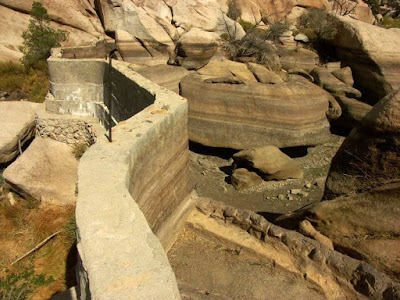 Another good hike is the one to Barker Dam. Keys built this dam by enlarging a natural dam. 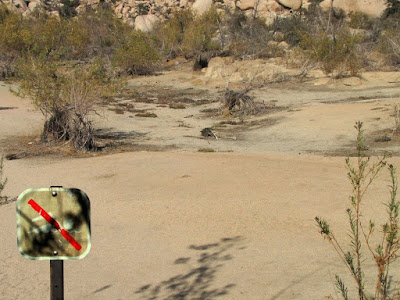 Apparently there is a lot less water here than in the olden days. I really don't think the "No Swimming" sign is necessary. 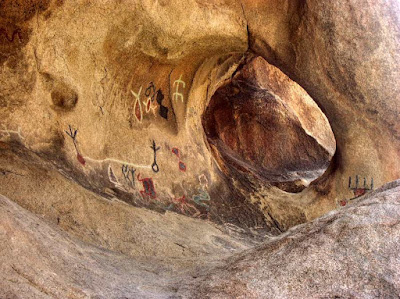 On the same trail is evidence of the earlier Indian inhabitants of the Joshua Tree area. Unfortunately, these petroglyphs were defaced by a movie crew that painted over them in order to make them more visible to the cameras. They're now known as the "Disney Petroglyphs." 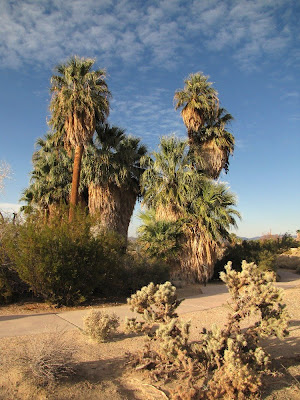 One last stop was the Oasis of Mara. Since that's my granddaughter's name, I was interested in where the name came from. It was named by the Serrano, the first recorded Indian tribe living here. To them, "Mara" meant "little springs and much grass." Hmmmm....
Posted by Diana at 9:54 PM