Boys and Their Toys 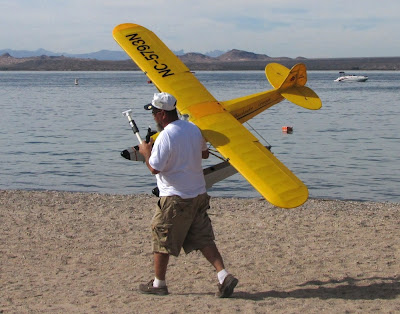 The WINs have been working their way south along the Colorado River. At our Lake Havasu City, AZ stop, we ran into a model airplane show. These were bigger than other model airplanes I've seen, though. 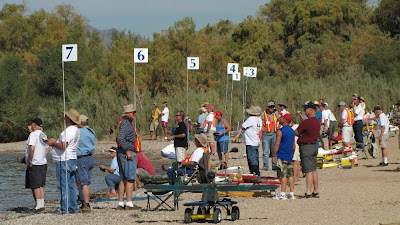 Only 7 were allowed to fly at a time, being careful to keep the remotes on different frequencies. 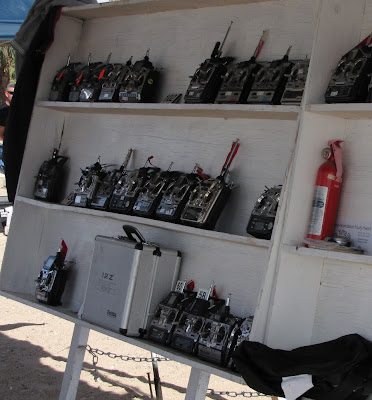 When it wasn't your turn to fly, your controller had to be in the radio impound station. 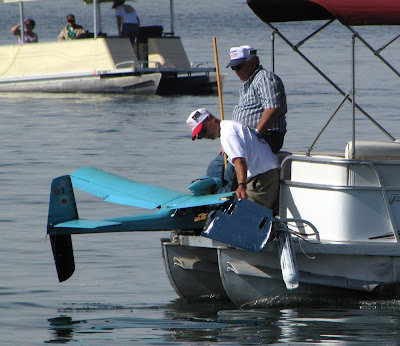 Even with that, there were a couple accidents. Here the hospital boat picks up the remains of Big Blue.

At the break, this big boy got to fly.

It came down and hovered nose up for quite a while.

We next moved on to La Paz County Park in Parker, AZ, where they were having an extreme Jeep festival. Anyone who wanted to could try to climb up and over this van and two cars. This guy didn't make it on this try.

But eventually got over. 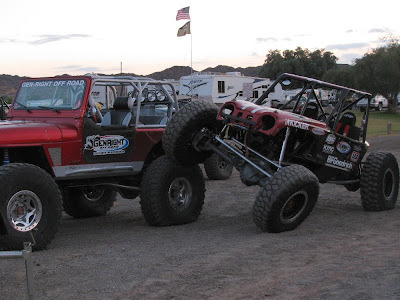 You would think that they could do a better job of parking... 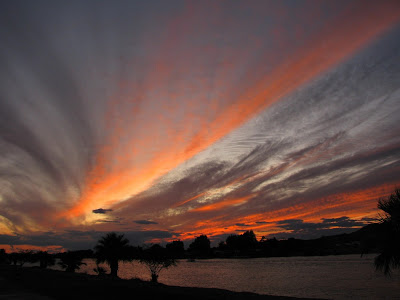 I kept getting distracted by the sunset. I sometimes think that if you put a camera in my hand I suddenly have Attention Deficit Disorder. 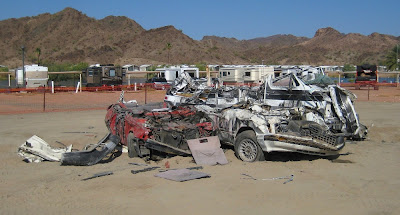 Here's what the van and two cars looked like the next day.
Posted by Diana at 4:48 PM