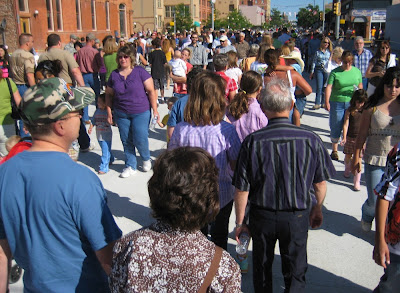 There is a free pancake breakfast at Cheyenne Days, not just once, but three times! Each time, over 10,000 folks are fed pancakes and ham.

The line wound up and down different streets, for a total of about 20 blocks, but it really moves. 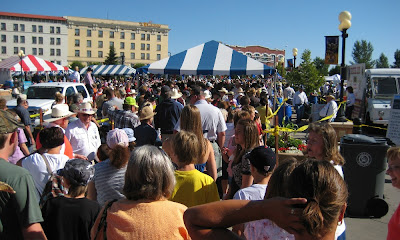 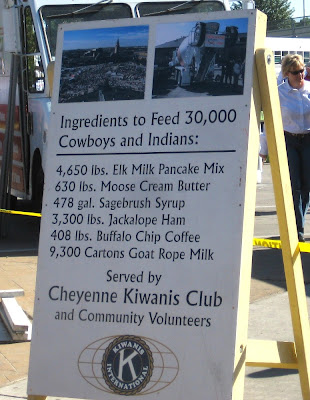 Just how much food it takes to feed 30,000 breakfast? Here's the answer. 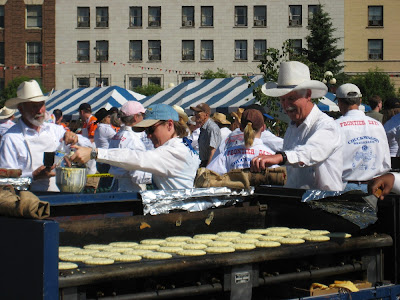 The story is that they mix the pancake batter in a cement truck.

After the pancakes are cooked, they are thrown over the cook's shoulder to a waiting Boy Scout. 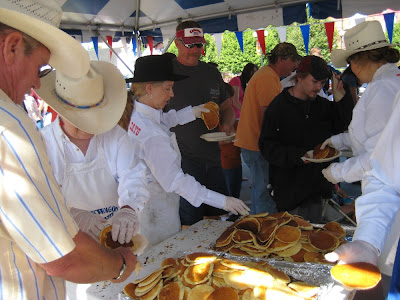 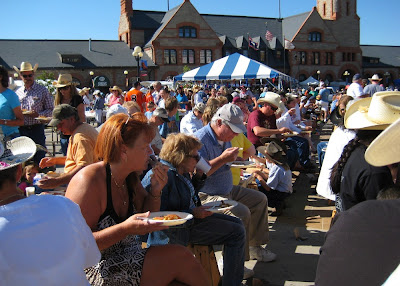 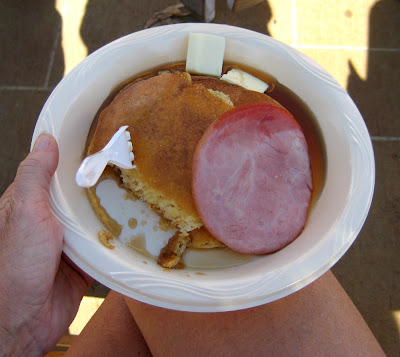 We were even entertained while we ate. 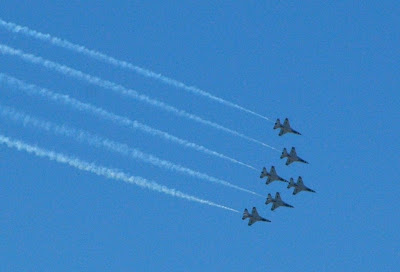 Later that morning, the Air Force Thunderbirds had a show. 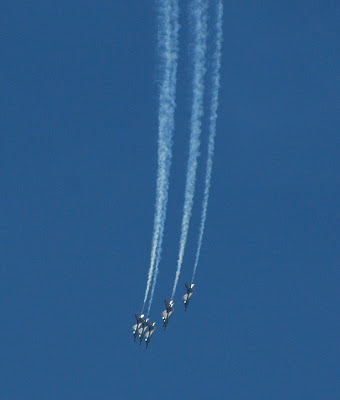 They were REALLY far away, very hard to get a good shot of their F-16s. 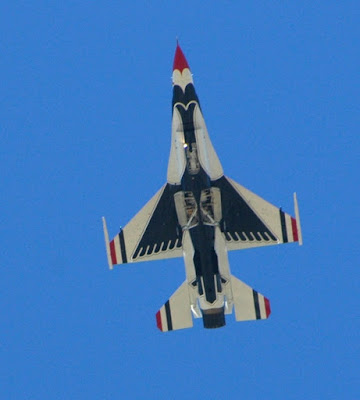 Finally at the end of the show they went overhead on their way to their landing.
Posted by Diana at 3:06 PM