More Trains and a Near Hanging 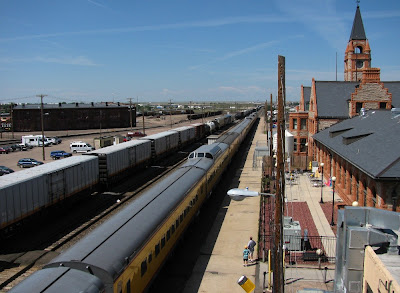 Union Pacific runs an excursion train between Denver and Cheyenne. The yellow cars parked here in front of the beautiful Cheyenne train station are part of that train.

The 844 comes out of the shop and reattaches to the cars. 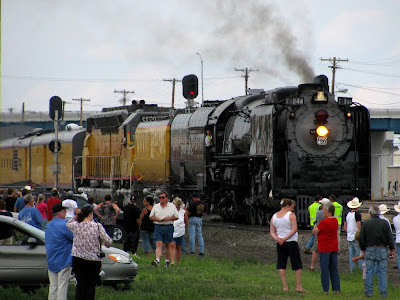 I am not the only train nut here. I saw the 844 the last time I was in Cheyenne, but wasn't able to get this close to it. 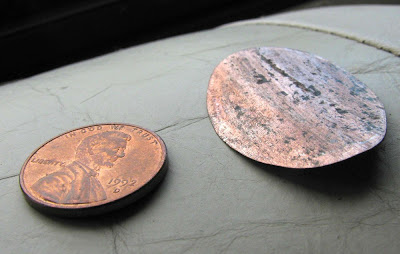 Before the train left, I put a penny on the track. It worked! That's one really squished penny. 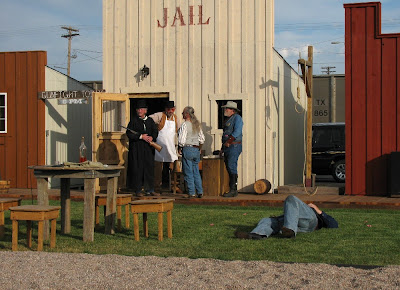 After the train left, there was a gunfight scheduled to go down nearby. Cool! The bad guys robbed the bank and the good guys went after them. 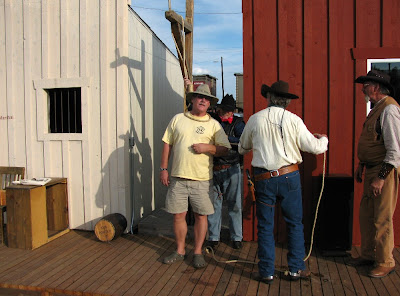 But then the bad guys got distracted and decided to hang the worst-dressed guy in the crowd. Now I don't think Phil dresses badly, but apparantly a t-shirt, shorts, non-cowboy hat and Crocs are not acceptable in Cheyenne. (especially the Crocs!) 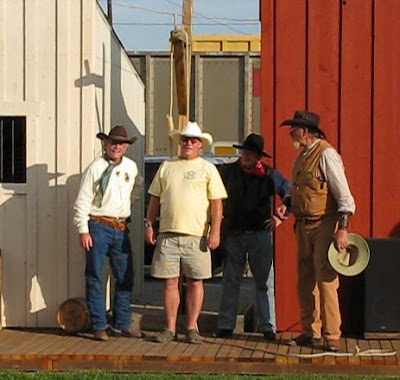 Fortunately, the sheriff intervened and made them make Phil more acceptable by giving him a cowboy hat if he promised to spend a lot of money in town. All's well that ends well...
Posted by Diana at 11:56 AM