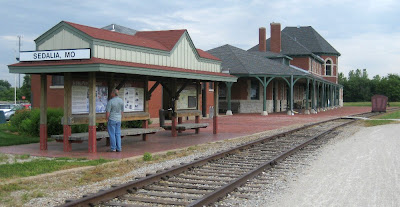 Sedalia, MO is a really old town. It used to be a busy railroad town, but now it's just old. 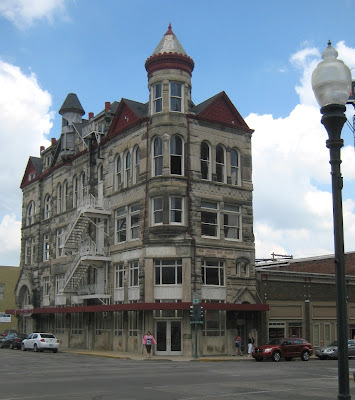 It has lots of interesting old buildings. Some have been restored, but most have not. 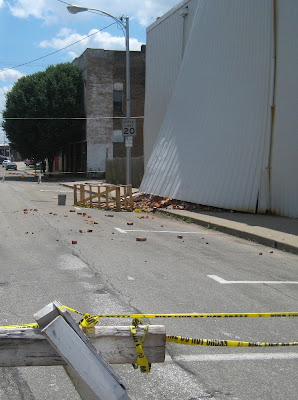 Some have even fallen down. 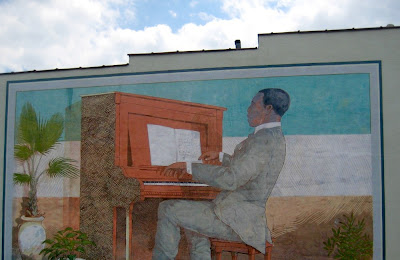 I've been here for 2 weeks not, surely a record. After the Escapade, I stuck around for the 29th annual Scott Joplin Ragtime Festival. Joplin lived in Sedalia over 100 years ago.

He is most famous for having written "The Entertainer," which became a hit in 1974 when it was featured in the movie "The Sting." That was 71 years after it was written!

There were lots of concerts all weekend, but there were free venues all over town where the more-than-50 performers displayed their talents.

Next to "The Entertainer," Scott Joplin's most famous composition is "Maple Leaf Rag," played here by Susan Cordell.

Brian Holland is one of the most popular performers. His fingers move at an unbelievable speed, and each note is crystal clear.

Wesley Reznicek, only 18 years old, was a real cutie, and very talented.

Not all of the performers played the piano. These guys were inside a local store that just sells Scott Joplin stuff.

But the most amazing to me was this 12-year-old. Since I'm not a connoisseur, she sounded just as good as the more experienced performers. How did she learn how to do this in so few years? 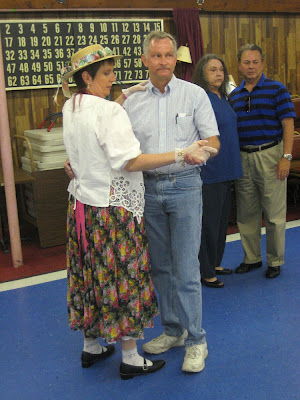 They also had free ragtime dance lessons. I took some, but didn't dress up. 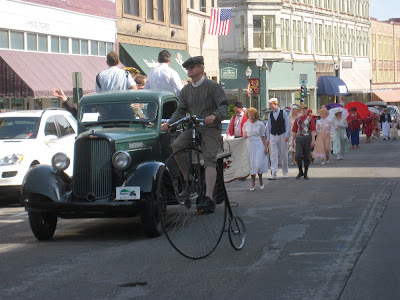 And of course there was a parade, with lots of authentic costumes.
Posted by Diana at 1:21 PM