Getting Close to the Mississippi (Again...) 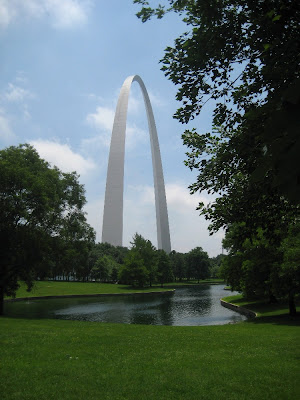 And I swore I would never do that again! I vastly prefer the West, but circumstances have made another trip East necessary. Mainly that I have relatives back there! 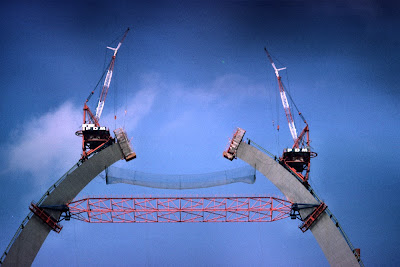 So here I am in St. Louis. The last time I was here was in 1965, and the arch looked like this. It was completed later that year. 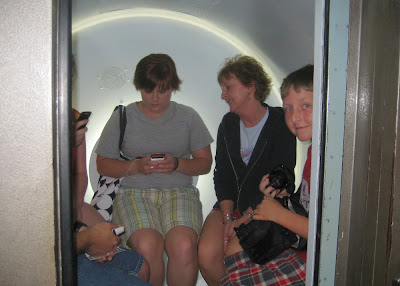 Now you can ride to the top in a kind of "space capsule." It only takes a couple of minutes. 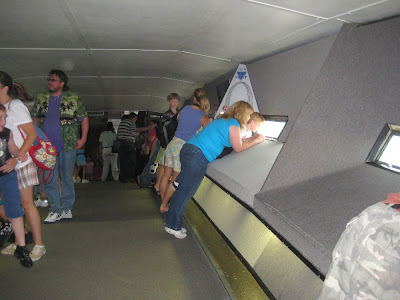 And voila! You can lean over and look out the portholes on both sides of the arch. 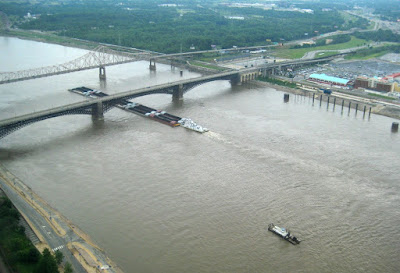 On the river side, a barge passes under Eads Bridge, the first major steel bridge in the world, completed in 1874 and still in use.

The bridge has an interesting history. A "test elephant" was first led across the new bridge to prove it was safe. It was believed that elephants had instincts that would keep them from setting foot on unsafe structures. Two weeks later, the builder sent 14 locomotives back and forth across the bridge at one time. A much better test, in my opinion! 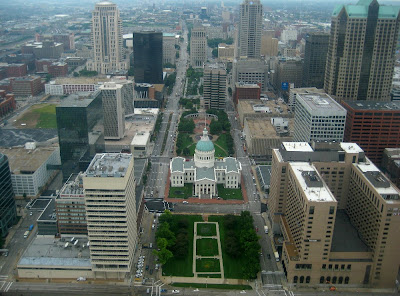 Another great view on the "city side." What you see in the center is the Old Courthouse.

There was a great museum under the arch, which included several animated figures. Here William Clark explains:

"Fruitful diplomacy with the Indians requires the exchange of gifts. We brought peace medals to the western territory with that in mind. Now, when we sign treaties, many chiefs request them of me. A silver medal symbolizes a covenant between two nations. We agree to live in peace. We agree that some places will be set aside for Indians, and other places given to settlers."

I wonder if they had any idea what that ratio would be! 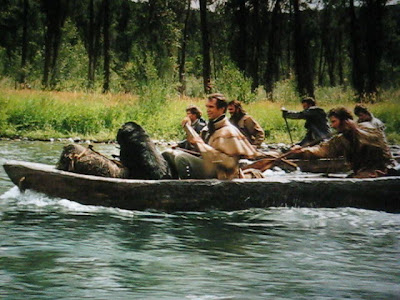 There was also a very good Imax film on Lewis and Clark. 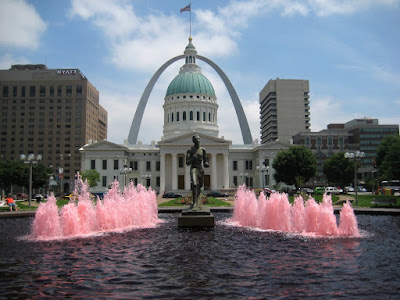 Next, across the street to visit the Old Courthouse. 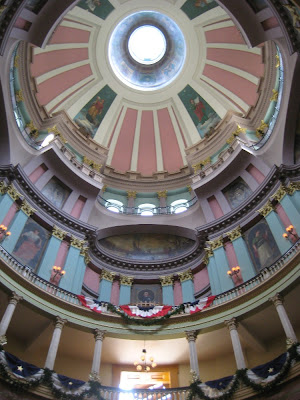 The dome was modeled after St. Peter's Basilica in Rome. 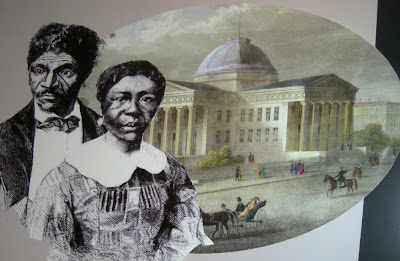 It was here that slave Dred Scott and his wife Harriet sued for their freedom. The eventual Supreme Court decision became a leading cause of the Civil War.
Posted by Diana at 3:28 PM