Land Between the Lakes 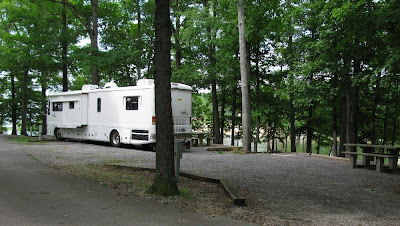 There's an interesting strip of land in Kentucky and Tennessee between 2 dammed up rivers that is called "The Land Between the Lakes."

I envisioned beautiful vistas of lakes on either side of the road, but in truth there are too many trees to see any water, except at the ends of numerous side roads, some of which held campgrounds. You can sort of see the water through the trees here. 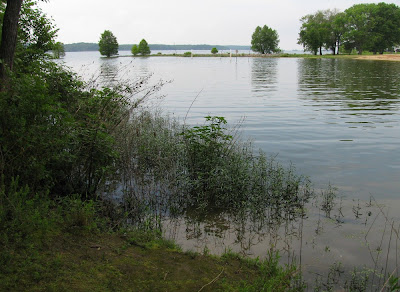 I met up with my sister Barbara there. We're both fulltime RVers, but usually have different itineraries. I should have gotten a picture of the reunion, but I didn't.

This is the view down by the water in the campground. We later took a couple of the other side roads and found out that you can camp at many of them with a primitive camping permit, much less expensive than the campground. 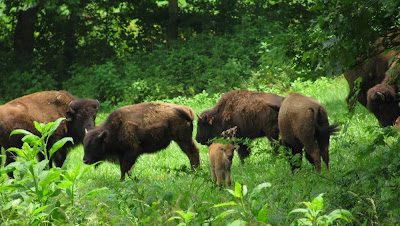 More than 200 years ago, vast herds of bison and elk roamed the area. They've now been reintroduced here. They're a little reclusive during the day, but I crawled through some tall tick-infested grass to get these shots. 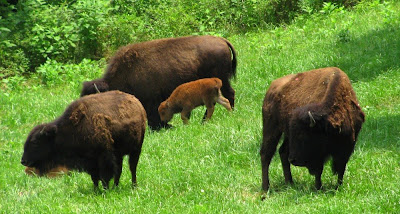 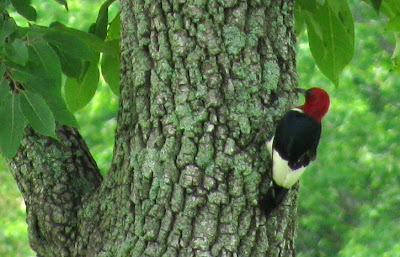 Found a cute red-headed woodpecker too!
Posted by Diana at 6:25 PM