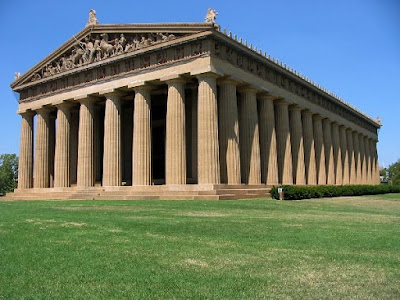 On to one of my favorite places, Nashville, TN, the country music capital of the world. But wait! What is the Parthenon doing here? A full scale replica of the original Parthenon in Athens, it was built in 1897 as part of the Tennessee Centennial Exposition to mark the 100th anniversary of Tennessee statehood. 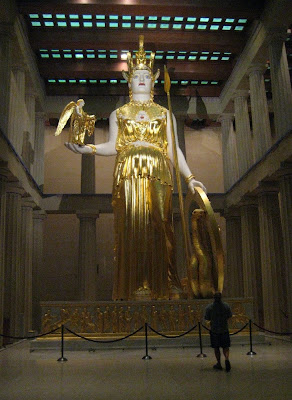 Inside is a 42-foot high statue of Athena. It's covered with more than 8 pounds of gold leaf. 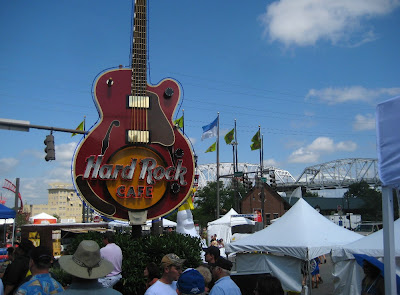 But the main reason I'm here is the annual CMA Music Festival, formerly known as "Fan Fair." Located at various venues around downtown, there are concerts, autograph booths, places to make your own record, free food, etc, etc.

There was a dog/frisbee show. This dog jumped 22 feet into a pool of water to catch the frisbee.

ABC was there in full force, even bringing a Wipeout set. Wipeout is definitely my least favorite show, but ABC is going to have a 3-hour show on the Music Festival on August 31. 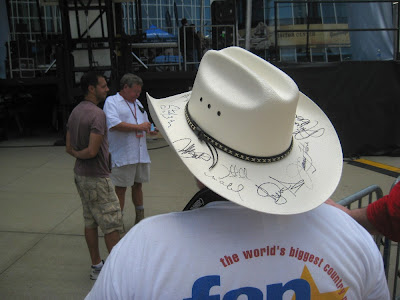 Thousands of fans are here. This guy's t-shirt said he was the world's biggest country music fan. 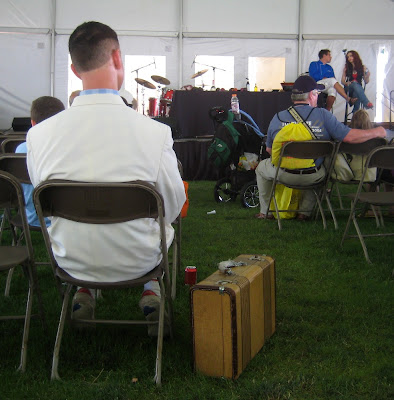 Even Forrest Gump was here! 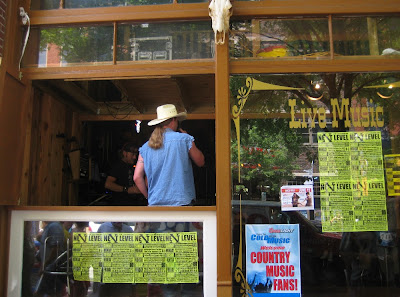 The bars on Broadway had live music all day long. It's a little hard to see, but this guy was sitting in the window singing. It seems like everyone in Nashville can sing. 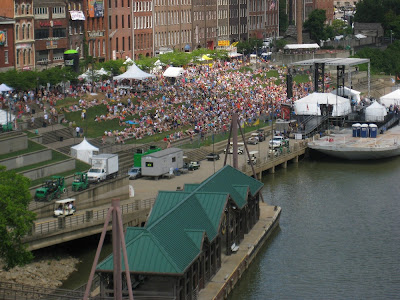 The best free venue was the Riverfront Park stage. All day long, for 4 days, there were free half-hour concerts by various country music stars. I went to three--

Bucky Covington (of American Idol fame) is singing his new single, "I Want My Life Back," a beautiful tear-jerking song.

Aaron Tippin sang several well-known songs of his, and entertained us with a truck air horn. He's a competitive body-builder, so he was really fun to watch. Here he's singing his classic, "There Ain't Nothin' Wrong with the Radio."

John Anderson is another classic country singer, who has written and performed many country songs. Here is "Straight Tequila Night."


There was so much free stuff to do and see that I didn't go to the pay concerts in the evening at the stadium. But fellow blogger Froggi Donna did, and she has lots of pictures here, here, and here.
Posted by Diana at 8:27 AM