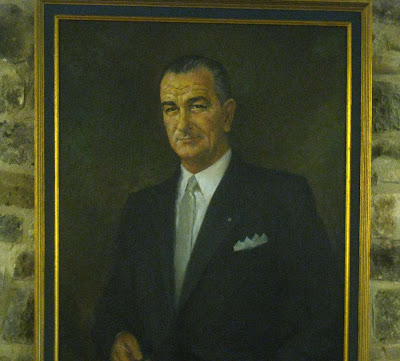 Near Fredericksburg, TX is the "Texas White House," Lyndon Johnson's home while he was president. Opened to the public just 7 months ago, you can drive your own car around the grounds, then take a 15-minute tour of the house for $1.00! A real bargain. 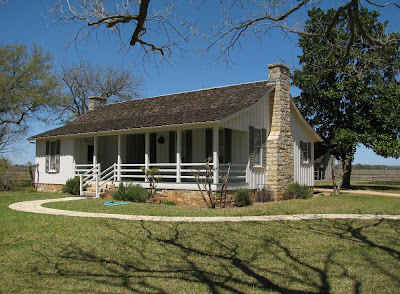 The first stop on the driving tour is the house where LBJ was born. This house is actually one reconstructed by LBJ to be used as a guest house. 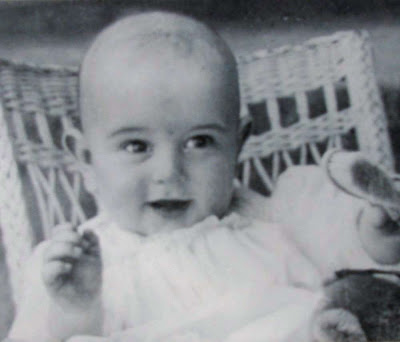 Here's the president at 6 months. Look at those ears! 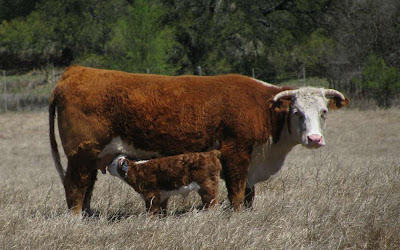 Then the driving tour continues on the same route that LBJ used to take visitors on. Herefords are still raised here. 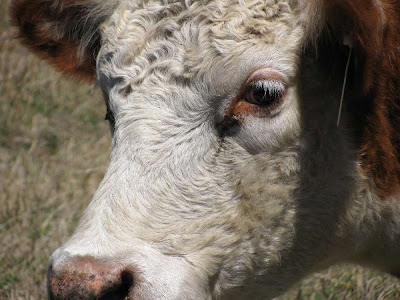 I just loved their eyelashes! 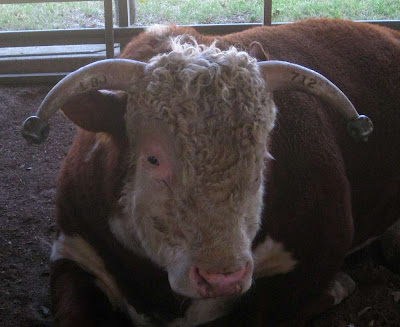 Weights are put on the ends of the horns to make them curve down a little more. Supposed to be more attractive that way. Note the "LBJ" carved on the horns. 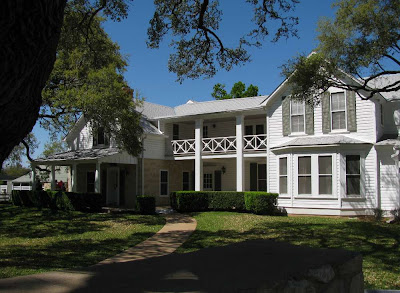 After the drive around the grounds, you come to LBJ and Lady Bird's home. The original century-old rock farmhouse has been greatly enlarged over the years. 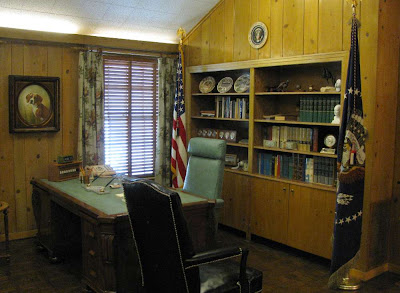 The only room open to the public so far is the President's office. Two more rooms will be opening in June, all restored to their 1963-68 appearance. 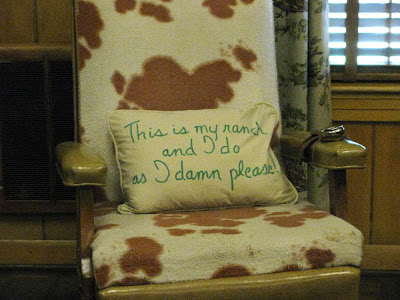 The details were great. 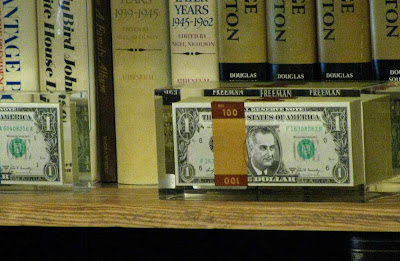 He apparently even had his own money! 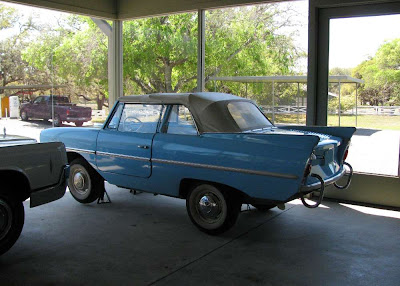 LBJ's cars were also on display. This one is an aquatic car. LBJ had quite a sense of humor, and used to drive his visitors into the river, when they didn't know the car was really a boat. 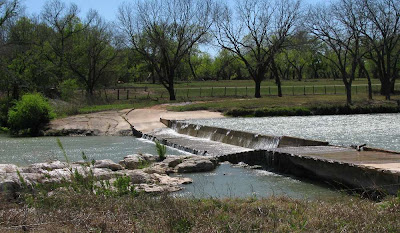 This is the original road leading to the ranch, right across the dam. 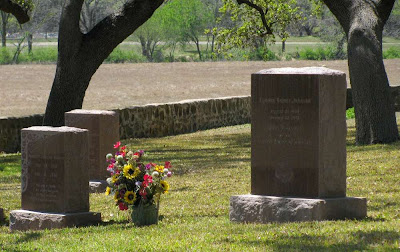 LBJ died in January 1973, just 4 years after leaving office. His headstone is the tallest one in the private family cemetery. Lady Bird just died in 2007 and is buried under the flowers. Her headstone is still being constructed.
Posted by Diana at 8:37 PM