Dancin' Up a Storm


We were certainly kept busy! Most days there was 4 hours of dance instruction. Chuck and Sheri were terrific, and taught us a lot of waltz turns that could also be used in Two-Step. 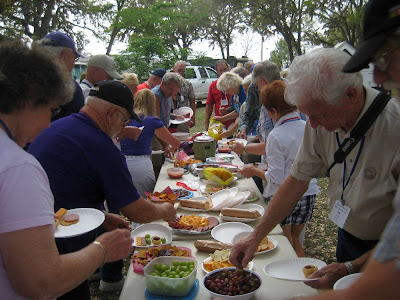 The 170 participants were divided into 5 groups, each of which took turns doing chores, preparing and serving breakfast, and providing entertainment and snacks at the afternoon get-togethers. 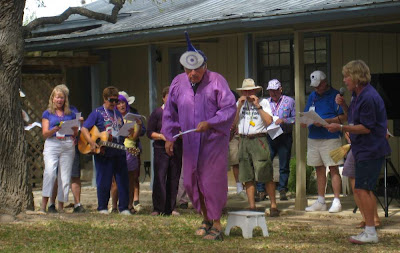 The Purple Team did a rousing rendition of the "One-Eyed, One-Horned, Flyin' Purple People Eater." 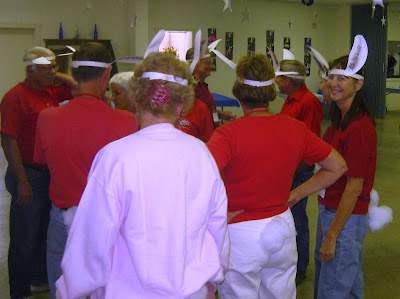 My Red Team dressed in rabbit ears and bunny tales and put on an egg toss contest the day before Easter. 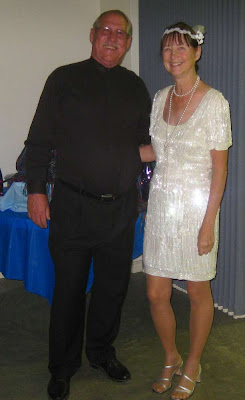 And then in the evenings, there were dances, either at the park or downtown. Some were theme dances, such as this one, the Roaring Twenties. I got my dress at Goodwill for $10. Some of the sequins were falling off, but it didn't matter. 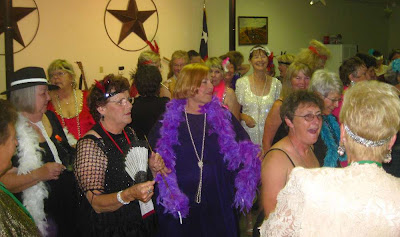 There was lots of feathers, fringe, and fun!

Those gals could really dance the Charleston -- I just couldn't believe it. 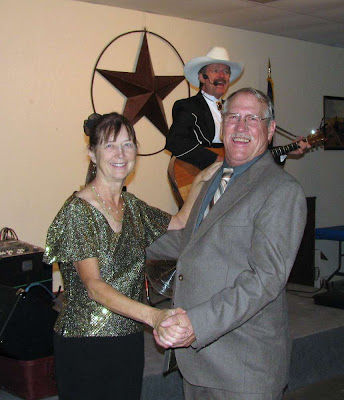 Another evening's theme was "Puttin' On the Glitz." Our entertainment that night and several of the other nights was Ronnie Furr. He's a great singer and entertainer, and we all enjoyed him just as much as we did last year. 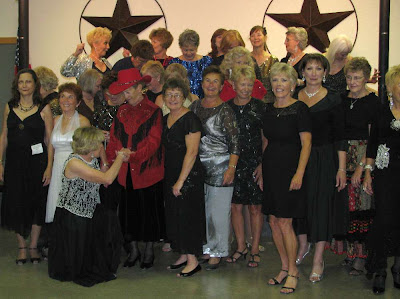 Lots of sparkles all around. I'm in the back row here.
Posted by Diana at 2:10 PM