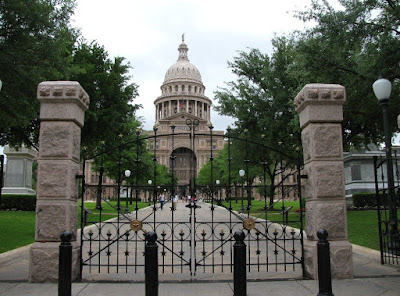 The Texas capitol in Austin is the largest state capitol in the US, but not the tallest. Louisiana has it beat by a lot. 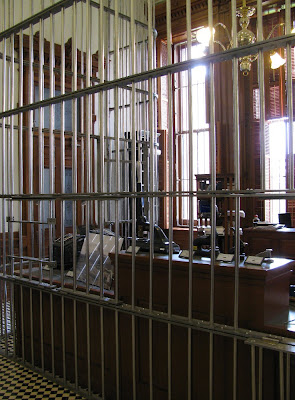 I was there back in 1996 and wanted to revisit it. One thing I was impressed by then was the old Treasury Office, with all the old machines in it. It's now the start of the free tour, but amazingly you can wander around on your own without going on the tour. 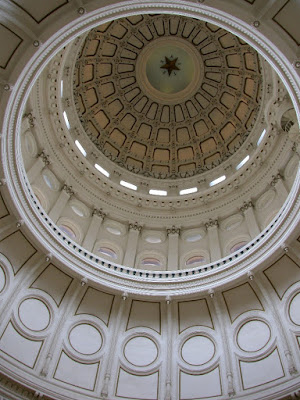 The inside of the dome is beautiful. Those tiny T-E-X-A-S letters at the top are actually 18 inches high. 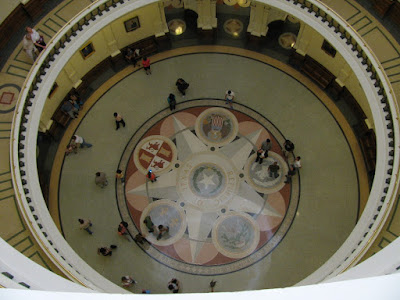 The floor under the dome is a mosaic that depicts the six nations that have governed Texas. 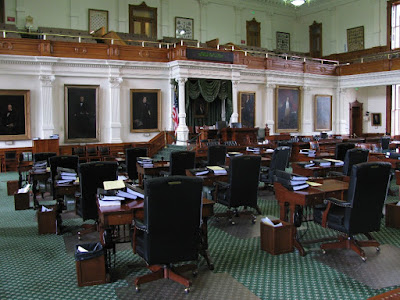 The Senate Chamber, where 31 senators meet when they are in session. 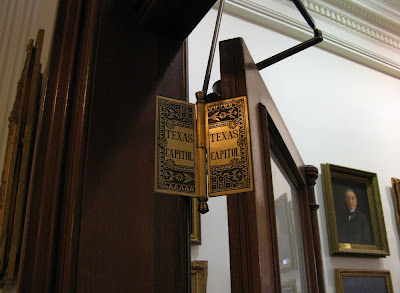 Even the door hinges are big here. 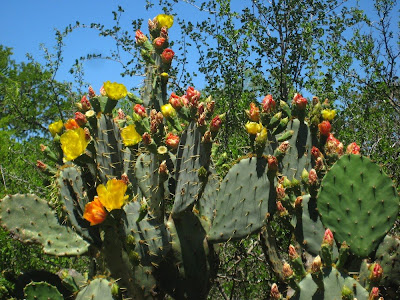 We haven't been too lucky at finding Bluebonnets in bloom, but the Prickly Pear Cactus were out in force in the Austin area.

Later, we checked out the Broken Spoke, the most famous Honky Tonk in town. The Derailers were playing, who've actually had a couple songs just barely on the country music charts. But the music was waaaaay too loud, and the dance floor too crowded. (Do I sound old?) 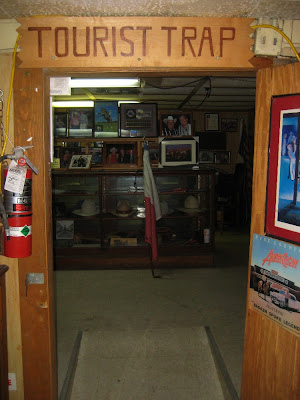 But the "Tourist Trap" section of the building was really interesting. 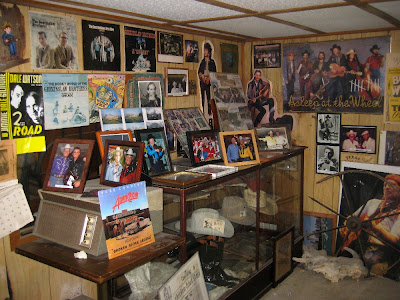 Inside were lots of pictures and memorabilia from famous artists who have played here. 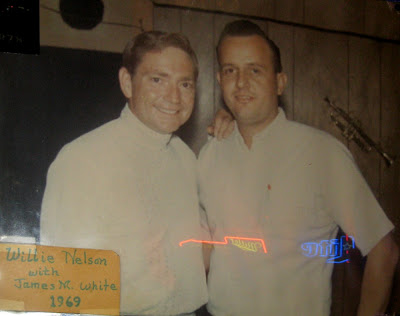 Alot of the pictures were taken with James M. White, the now-70-year-old-owner and founder of the Broken Spoke, who was present when we were there. Here's a picture of him with a much younger Willie Nelson. 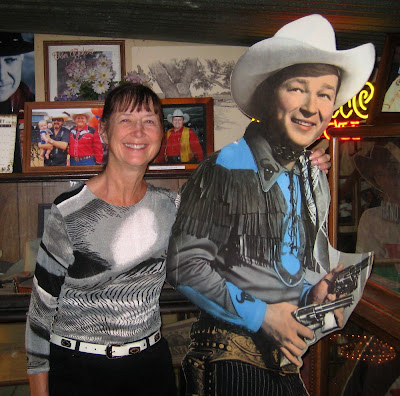