Things to See West of Yellowstone 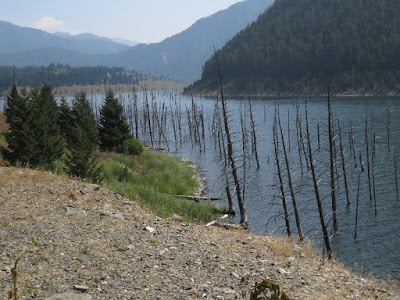 While we were parked in Island Park, ID, we went to see several things on this side of Yellowstone. First up was Earthquake Lake. 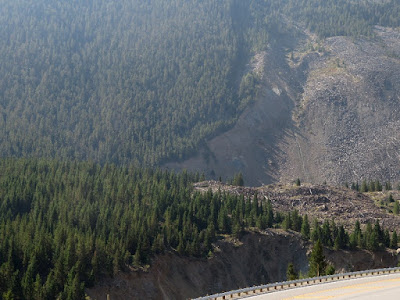 This is a lake formed because of a 7.5 magnitude earthquake back in 1959. The whole side of the mountain slid down and blocked the river. 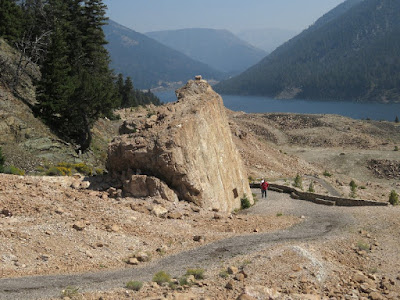 This gigantic boulder was thrown all the way across the lake. It's now a memorial to the 28 people killed by the landslide. 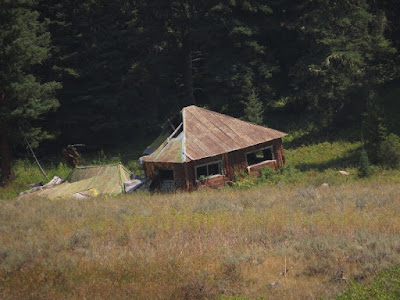 You can still see some of the cabins that floated away that day. 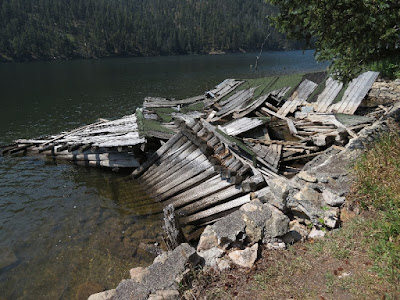 And also the remains of a lodge. 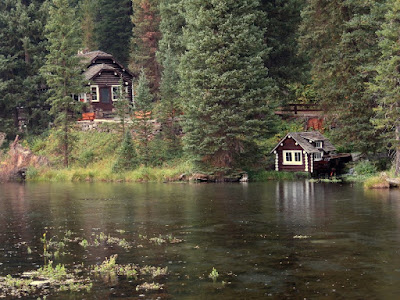 On another day, we went to see Johnny Sack's cabin. Johnny was a German immigrant who built the cabin in 1929. Because of its uniqueness, it's now a National Landmark. 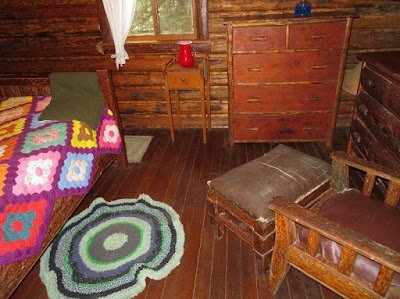 Johnny was a carpenter, who build everything himself. 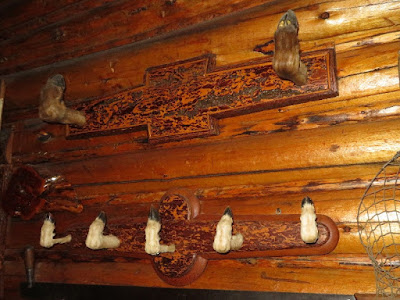 I liked the coat and hat rack. 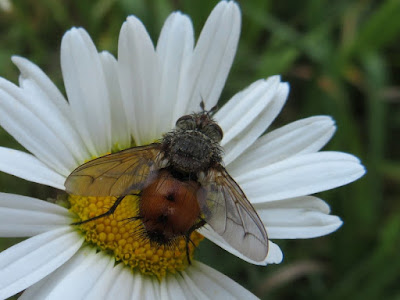 We interrupt this post because Diana is distracted again... 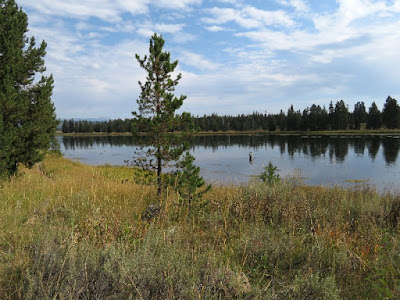 And then on another day, we went to Harriman State Park, where were did a little hike - 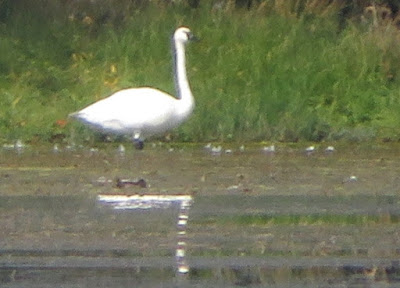 Looking for their main attraction, the Trumpeter Swan. 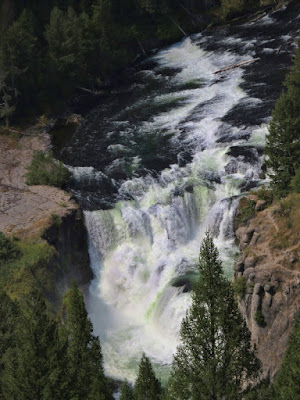 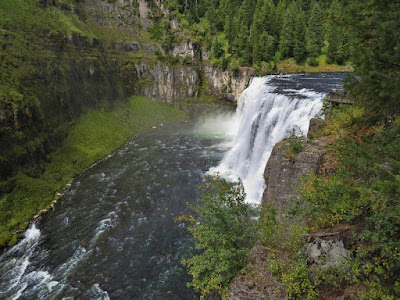 And then the Lower Falls.