More Great Stuff to Do in Cody 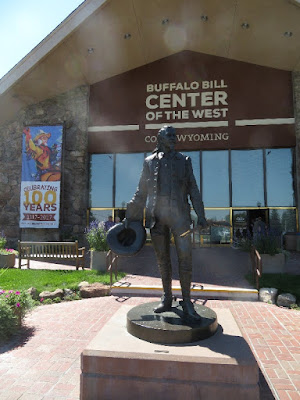 The highlight of Cody, WY is the Buffalo Bill Center of the West. It is one of the 5 best museums in the country according to somebody. There are actually 5 museums inside, and they give you 2 days to get through it. 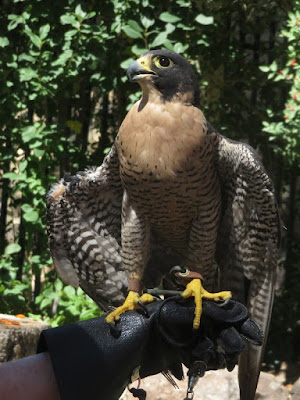 In addition, they have a raptor show twice a day. This Peregrine Falcon was the star of the show. He obviously has an injured wing. 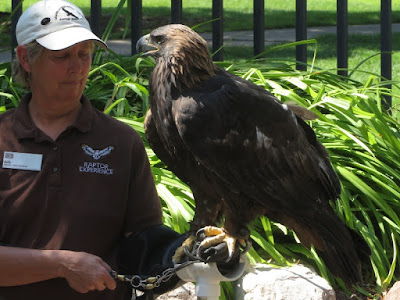 But the biggest, Da Boss of the Show, was this Golden Eagle. All of their birds have injuries that make it impossible for them to make it on their own in the wild. 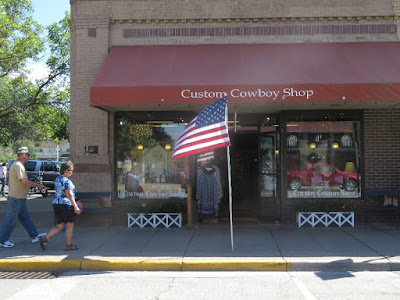 And - GUESS WHAT! The have a Custom Cowboy Shop in town! I tried to order one that said "Yes dear," in addition to some other things, and they just laughed at me... 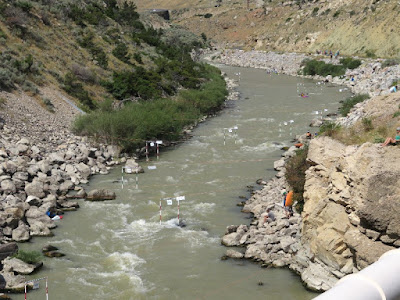 On the weekend, they had the Wild West River Fest, a kayaking race through gates on the river. 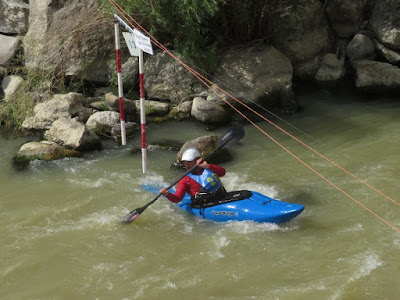 Some were really good, and some not so much... 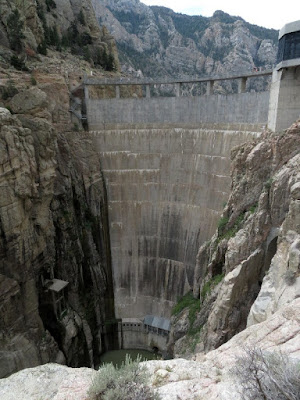 On the same day, they had Great Dam Day, out of town at the Buffalo Bill Dam. This is the only day that the old road down the river is open, so we can get a great view of the dam - 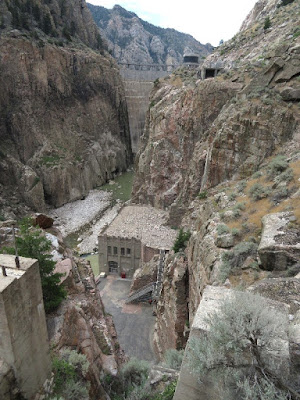 And the old power house - 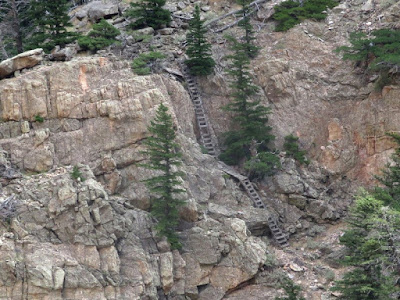 And even a very old ladder that was used when the dam was being built. 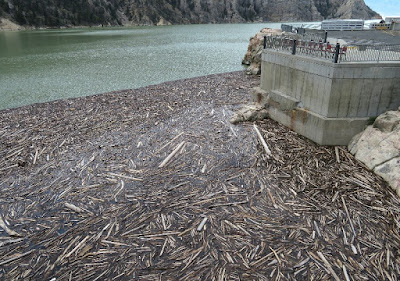 In the lake above the dam were a lot of old logs, which I was sort of fascinated with...

Next - moving on to Yellowstone National Park!