Day 4 on the Galapagos Islands 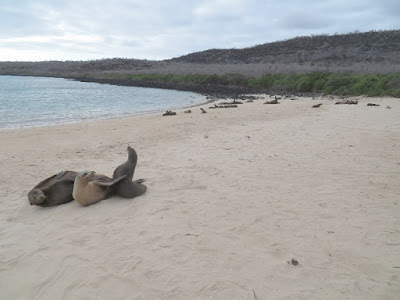 Day 4 started off with a very early landing on Santa Fe Island. Once again, sea lions had taken over the beach. 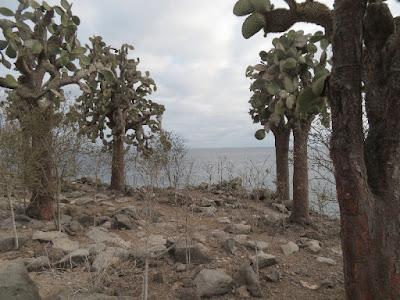 The island is unique for several reasons. We went for a short hike to see the prickly pear cactus, quite unlike what we have in the US in that they have trunks with bark on them. 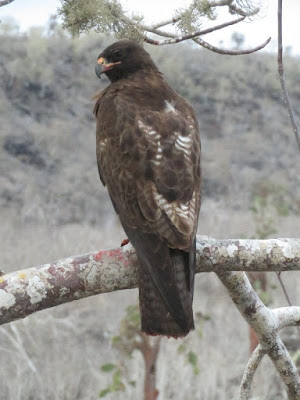 We got a close look at a Galapagos Hawk. 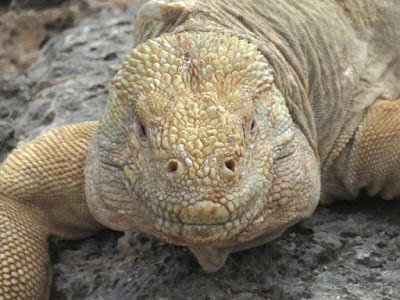 And the Santa Fe Iguana, only on this island. They are a slightly different color than the Galapagos Iguana that we saw on the other islands. 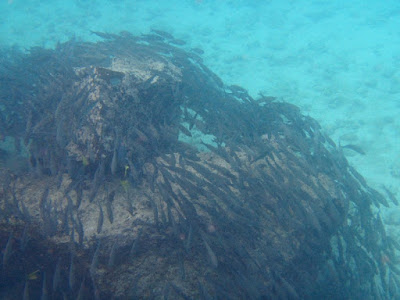 After breakfast back on the yacht, we went snorkeling close to the shore. Almost immediately, I saw a huge school of thousands of these fish. 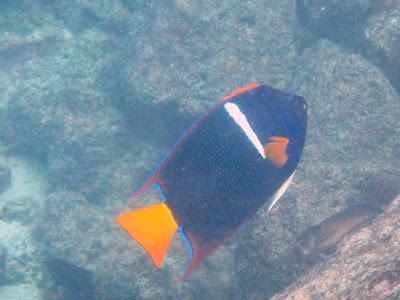 This was the prettiest fish I saw - a King Angelfish. 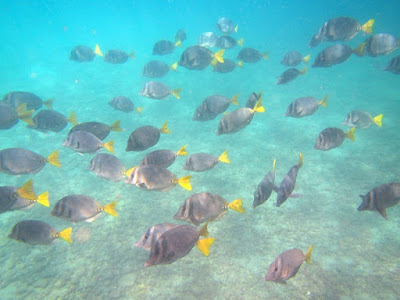 I also saw a big school of Yellow-tailed Surgeonfish, like I did the other day - 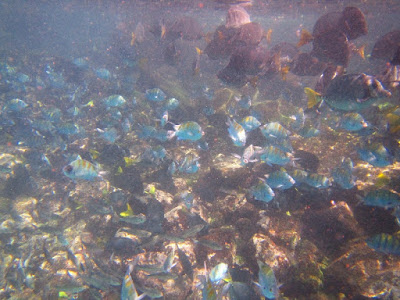 And a bunch of Sergeant Majors. 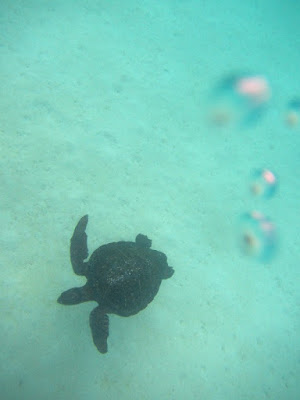 And a Green Sea Turtle. 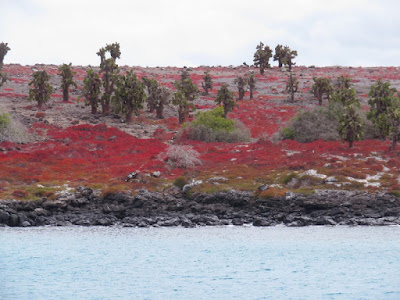 Back on board, we motored over to Plaza Sur Island, just off the coast of Santa Cruz Island. More cactus here, and some interesting red vegetation. 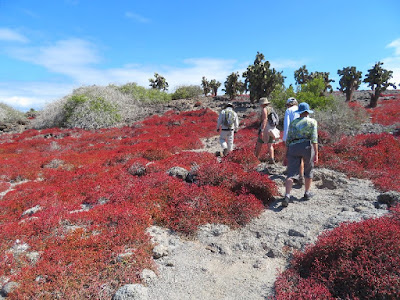 We went on a mile trail that was a little rocky, but not too bad. 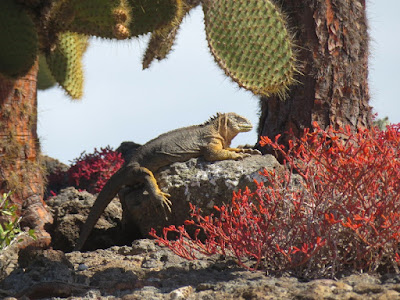 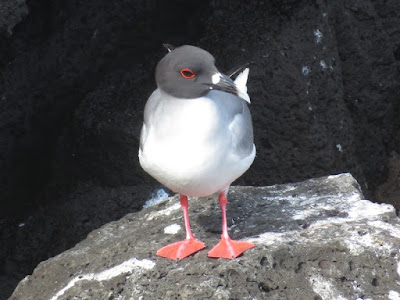 This island has a lot of Swallow-tailed Gulls. 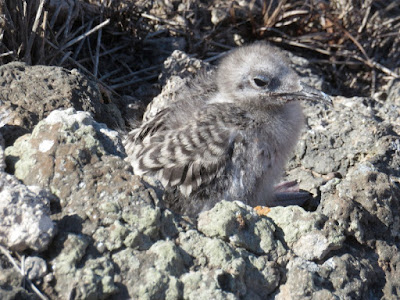 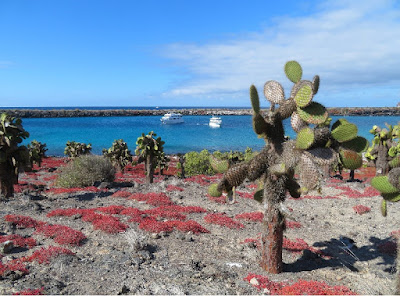 Looking back at our ship. 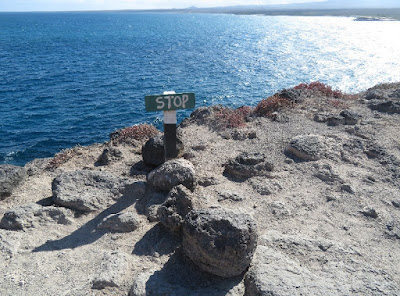 We walked up to the top of a cliff. Gee, they must think we're stupid. 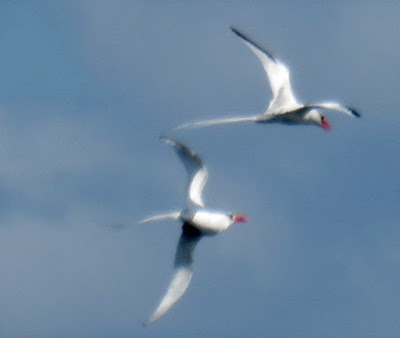 We were here to see Red-billed Tropicbirds. We did see some, but they never landed and they were pretty far away. 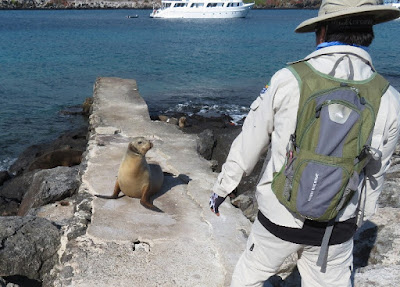 Back at the dock, our guide had a difficult time getting a sea lion to move so we could get by.