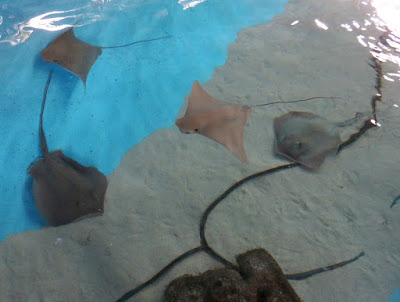 On our first day in Port St Lucie, we went a little south to Stuart, FL to visit the Florida Oceanographic Society. Their first program was a Stingray Feeding. They have 2 different kinds of stingrays here, the pointy-nose ones and the rounded-nose ones. I forgot their names. 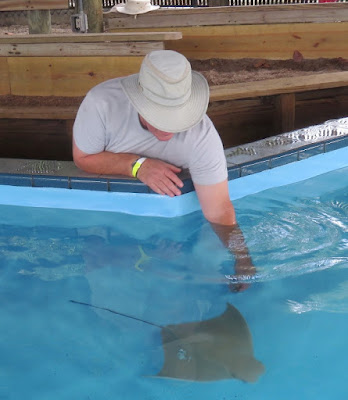 Phil was brave enough to try to feed them, but they get full pretty fast and then aren't interested. 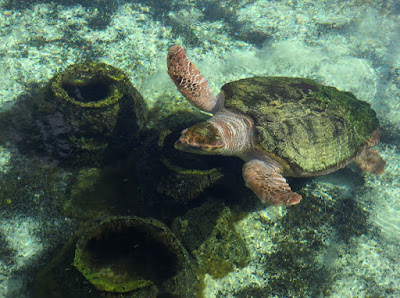 They also have a Sea Turtle Program. The turtles here are all injured. Most suffer from "Bubble Butt," where they float as a result of trapped gas caused by harmful decomposition of marine debris inside their body. The gases cause the turtle to float, which leads to starvation or makes them an easy target for predators. 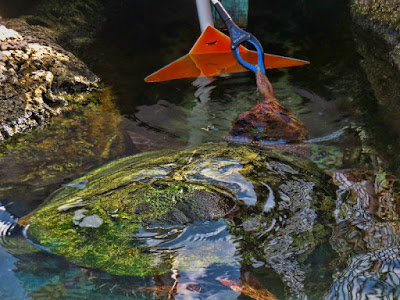 The turtles each have their own colored sign that they are trained to come to in order to be fed. 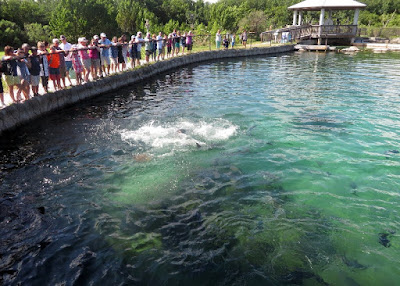 And then there was the Game Fish Feeding, which is a massive free-for-all. 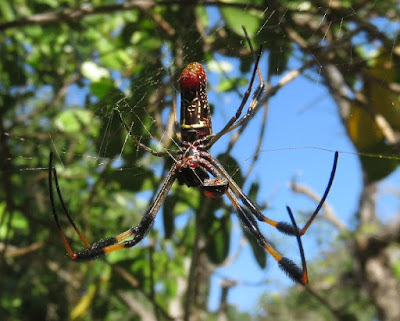 They also have some trails to walk. I found this Golden Silk Orb-Weaver Spider. This is as close as I wanted to get - he was pretty massive! 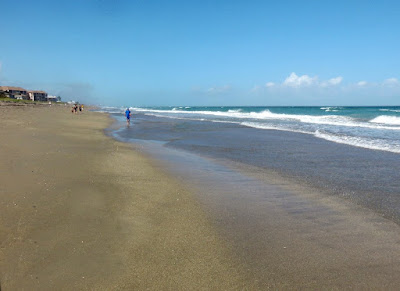 Afterwards, we walked on the beach in Stuart a little. It was pretty empty because it was windy. 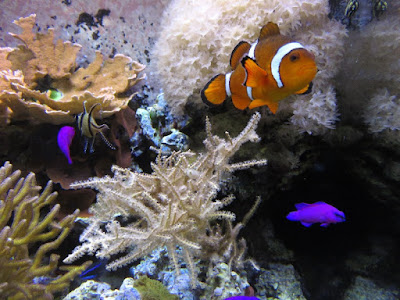 The next day we headed north to Fort Pierce to the aquarium at the Smithsonian Marine Ecosystems Exhibit. Once again, I found the Clownfish, Nemo. 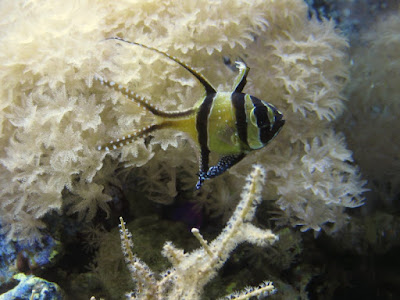 I was fascinated with this guy, a Banggai Cardinalfish. 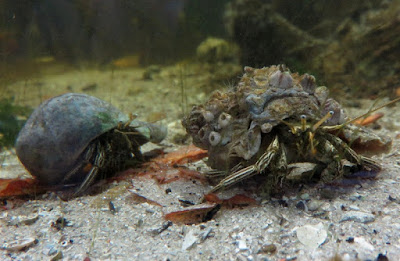 We saw lots of Hermit Crabs - 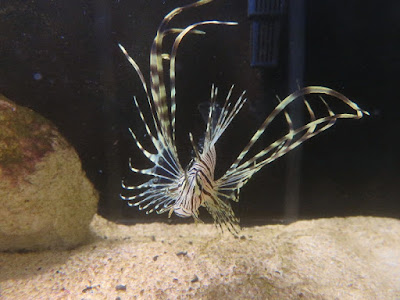 And the beautiful Lionfish, which is an invasive species here in Florida. 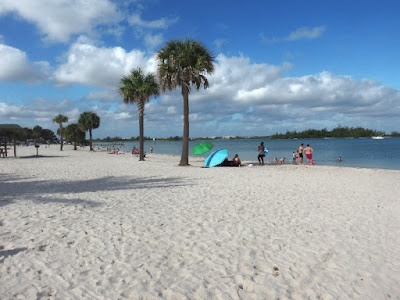 And then we also went to the beach at Fort Pierce. This is a great beach for kids - no big waves. 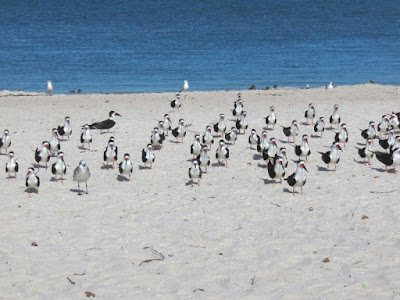 The Terns always face into the wind - well, all except one... 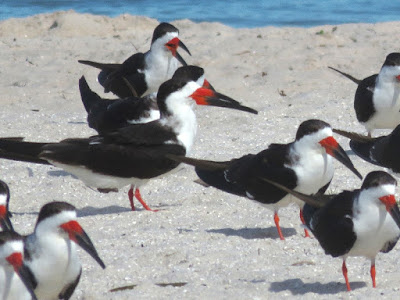 I think they all look like they have toupees on! 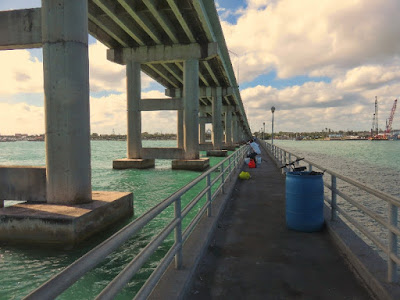 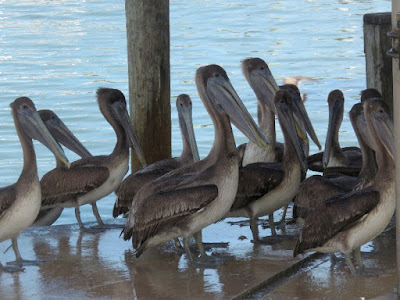 And why are all these pelicans posing at the entrance? 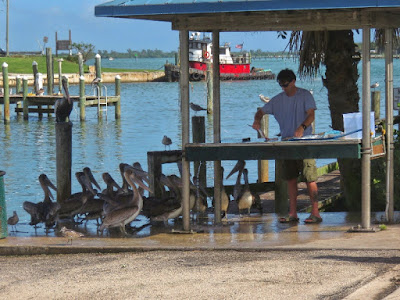 They're hoping to get some goodies from the fishermen cleaning their fish.