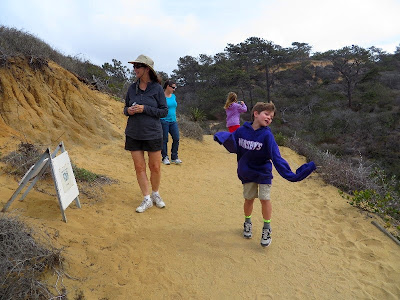 Since my daughter lives near San Diego, I've seen a lot of the sights near here. But last time I was here I tried to go to Torrey Pines and it was closed. But it was open now, and Corrie and the kids went with us. 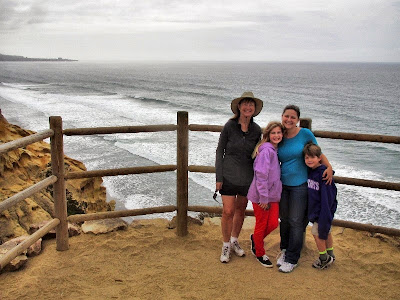 We hiked one of the trails that went out to an overlook. 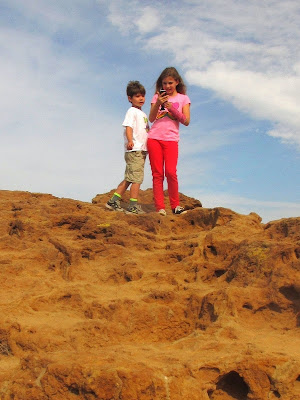 Mara and Jonathan made it to the top. Wait - Mara has to take a photo, or maybe text her friends... 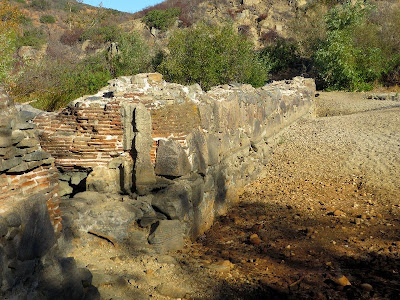 I took Phil out to see the Old Mission Dam, which I had seen last year. But this year, there was no water because of the drought in California. 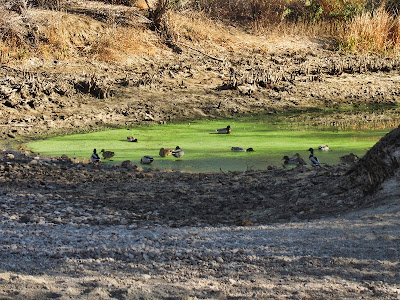 Except for this icky green pond. 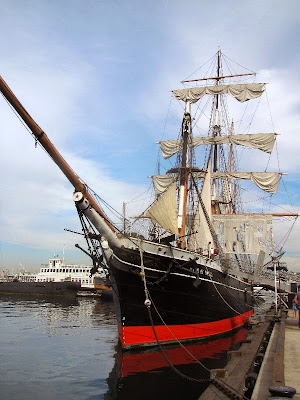 We also went down to the waterfront to the Maritime Museum, where there are several ships, including the "Star of India." 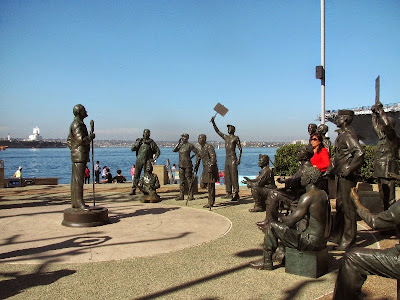 Nearby there is a tribute to Bob Hope, and the great job he did entertaining the troops. 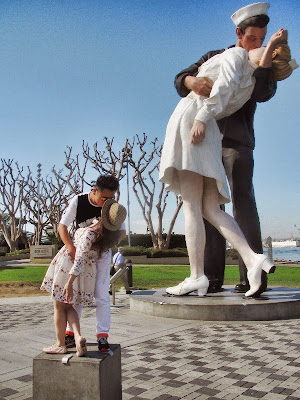 And a big statue named "Unconditional Surrender," based on a photo taken in Times Square on V-J Day. I loved the couple imitating it! 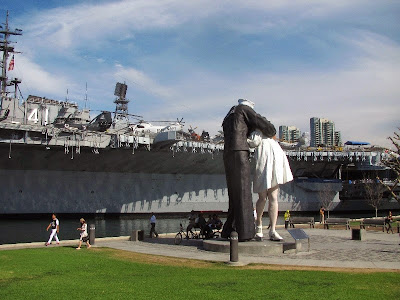 Next door is the USS Midway, which I had already toured on a previous trip. 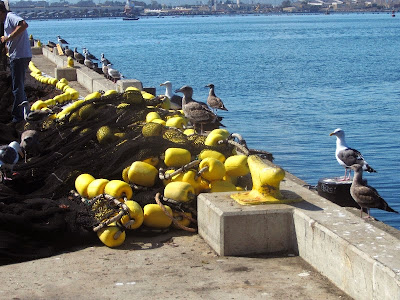 Nearby some fishermen were cleaning and repairing their fishing net, and the gulls were standing by to help if needed. 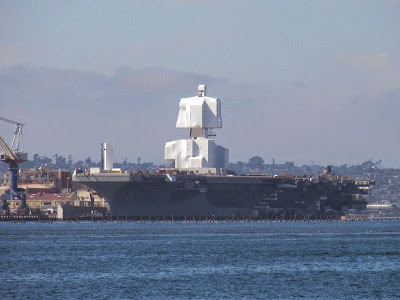 Across the bay was a Navy ship, which looked really weird. I can only guess that it was being painted. 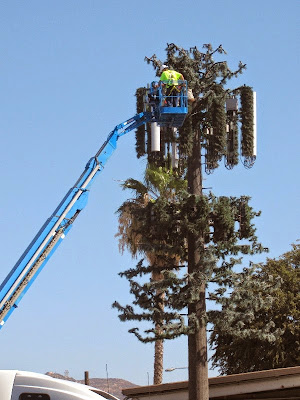 Back at the rig, some guys were doing maintenance on the pine tree. Hmmmmmmm.....