In a Helicopter WITH THE DOORS OFF! 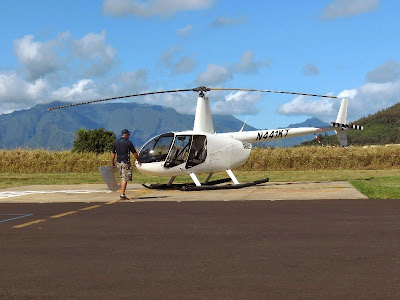 Who would do such a crazy thing??? Well, us of course! We chose to go with Mauna Loa Helicopters, because the helicopters were smaller, so everyone got a window seat. And you had a choice of whether to have the doors on or off. We chose OFF! 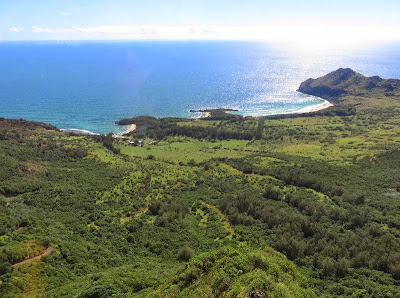 We took off from the Lihue Airport, and went along the southern coast of Kauai for a while. After going past the harbor, my first recognizable spot was this scene from the film "The Descendents," one of my favorite movies. 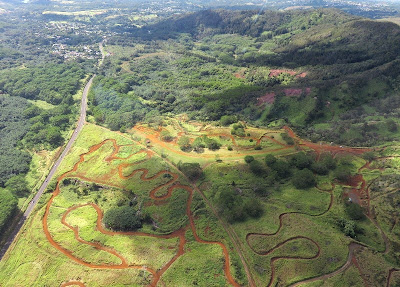 We also flew over an ATV course. 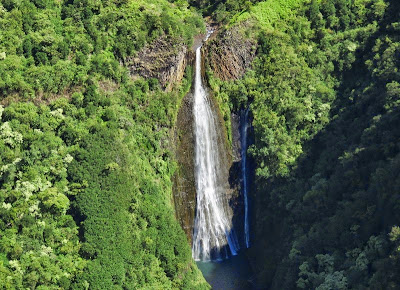 And we arrived at our first-of-many waterfalls, Manawaiopuna Falls, commonly known as Jurassic Falls, because it was in the movie Jurassic Park. 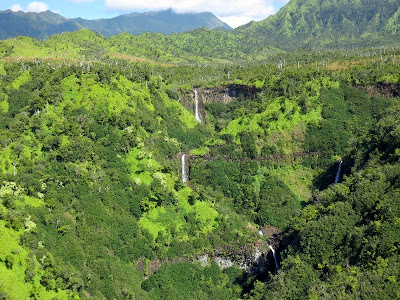 Then on to many more waterfalls. 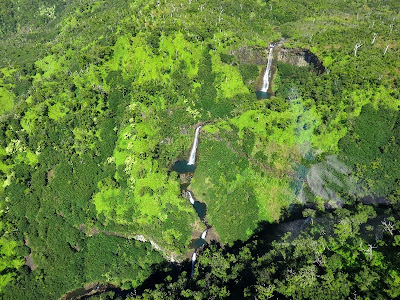 I love the pools under each of the falls. 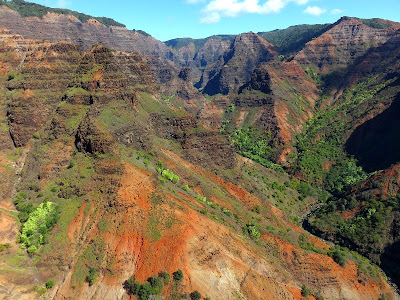 We then went over a few ridges and ended up in Waimea Canyon, where we were hiking the other day. 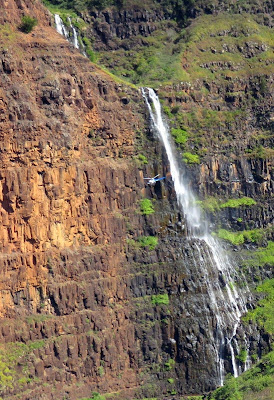 Waipo'o Falls is the waterfall we saw from the road the other day. Notice the itty-bitty helicopter. 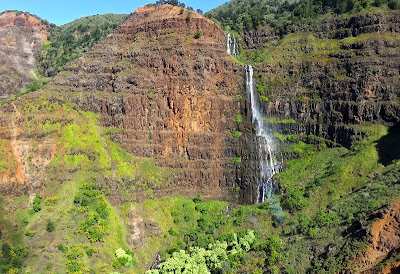 Another shot of the falls. 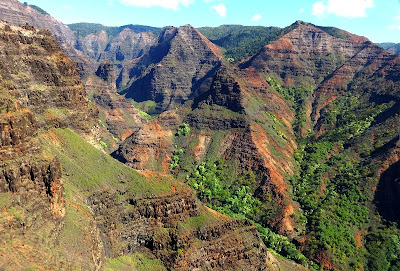 And another of Waimea Canyon. 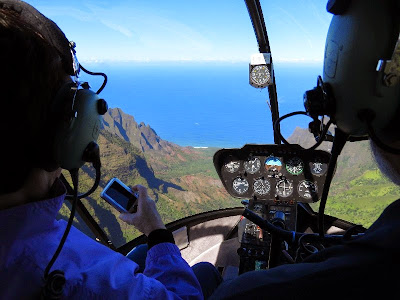 From there we went out to the Napali Coast. 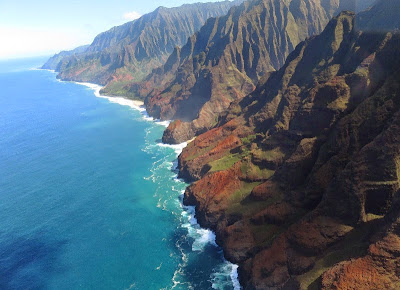 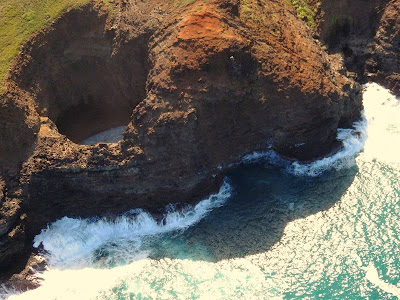 This is a sea cave where the roof has collapsed. 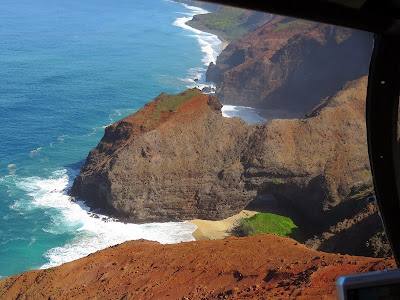 And a nice arch - 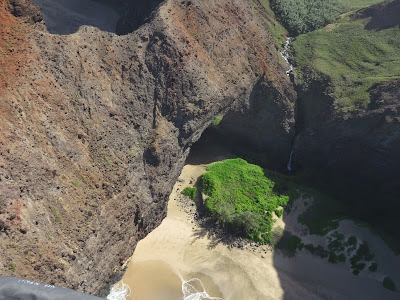 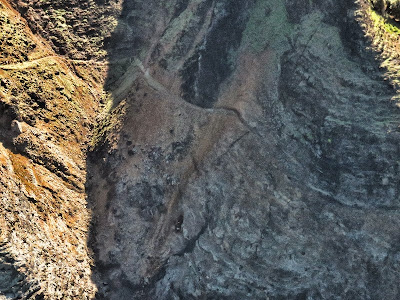 This is part of the 11-mile trail we were on the other day, although much farther than we went. 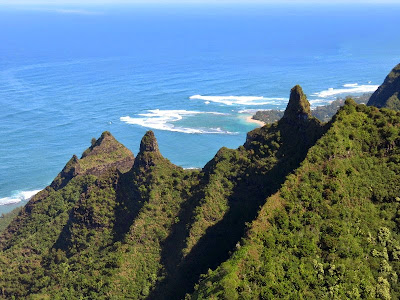 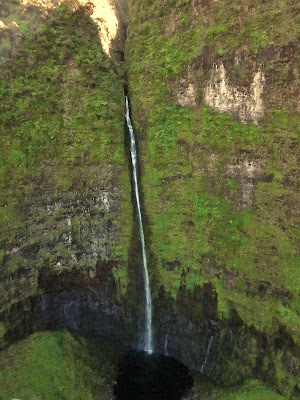 From there we went up a canyon to see this huge waterfall. 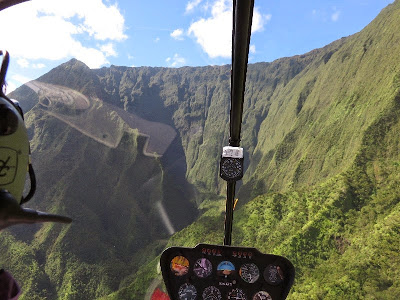 And then we flew into Wai'ala'ale Crater, known as the wettest spot on earth, but fortunately not today. 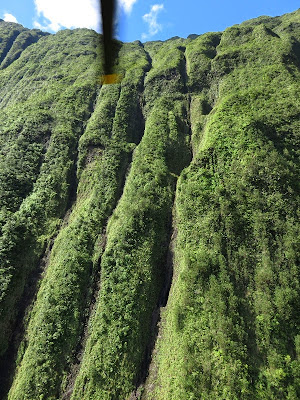 Its 3000-foot water-etched walls was the spiritual center of the ancient Hawaiian universe, according to my guidebook. On a rainy day, all those vertical ridges are waterfalls. 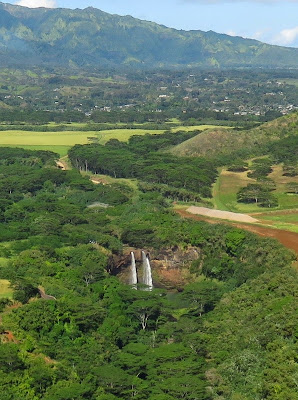 On our way back to the airport, we flew by Wailua Falls, aka Fantasy Island Falls. 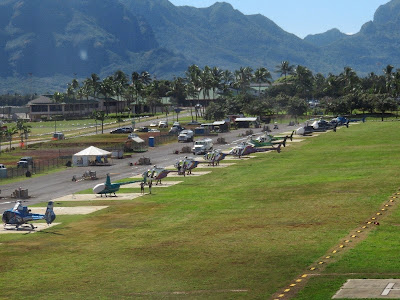 Coming in for a landing with all the other helicopters. Wow! It was a great trip. We loved being in a smaller helicopter, and Guy, our pilot was great.