Getting Close to San Francisco 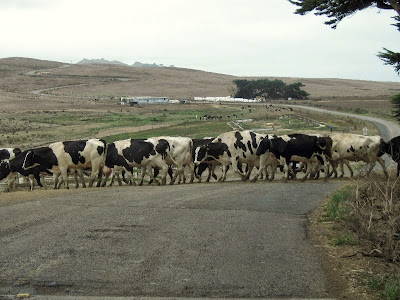 Moving down the coast, we stayed next in Petaluma at the Elks Lodge. I'm spending more on parking on this trip than I ever have before, but I'm really enjoying it.

Our first adventure was to head out to Point Reyes National Seashore. It must have been milking time, because the cows were headed to the barn. 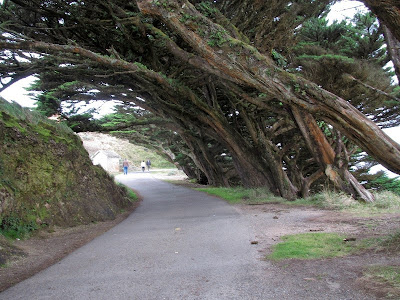 The highlight here is the lighthouse on the point. Welcome to the windiest place on the Pacific Coast. There is a short hike from the parking lot - 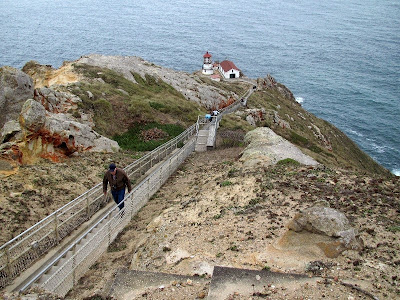 And then 300 steps down to the lighthouse. I hope there's an elevator to bring us back up... 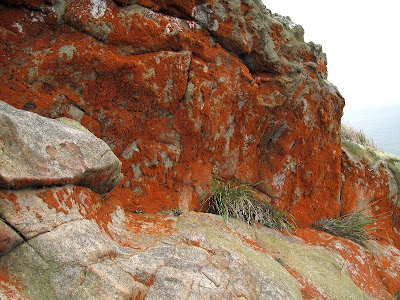 The rocks were covered with what looked like lichen, but was actually a form of algae. 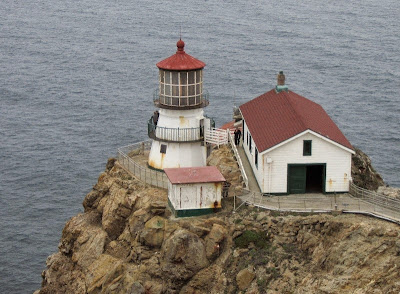 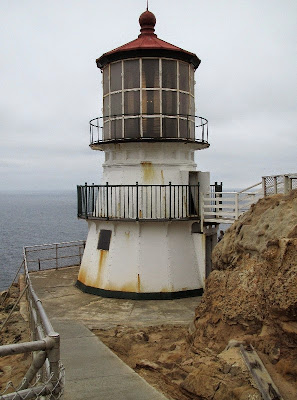 Made it! The lighthouse was built in 1870 and operated until 1975 when the Coast Guard installed an automated light. 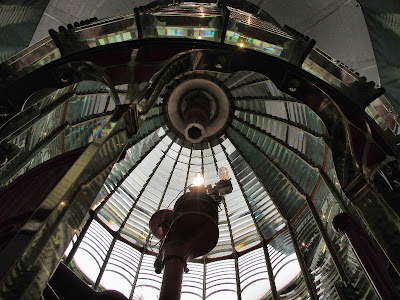 The lens in the lighthouse was made in France and is a "first order" lens, the largest size of Fresnel lens. 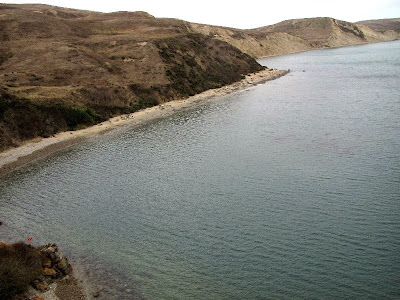 After running back up the steps, we went out to the elephant seal overlook nearby. Gee, I was hoping to get closer than this... 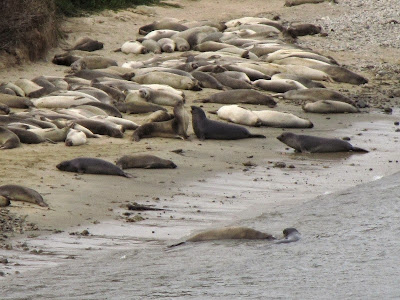 But fortunately my camera zooms well. The only seals around now are juveniles, and they don't have the elephant-like nose yet. 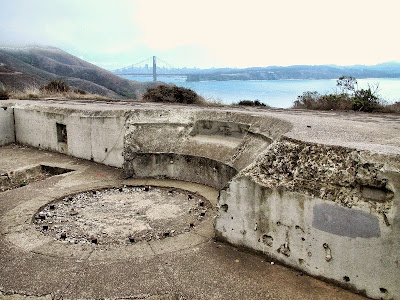 The next day we went to the Marin Headlands north of the Golden Gate bridge. This area is the site of many different gun batteries and forts, used for San Francisco harbor defense at various periods in history. 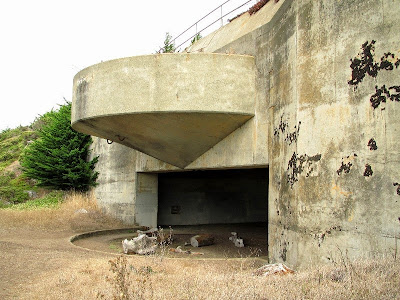 Most were built around 1905. This is Battery Wallace. 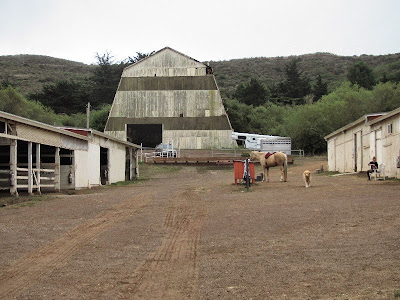 This barn was originally a balloon hanger and used in the US Army's brief experiment using tethered balloons as part of coastal defense in 1920. 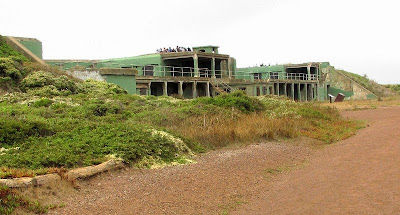 Battery Mendell had 2 12-in cannons that could hit vessels 8 miles out to sea. 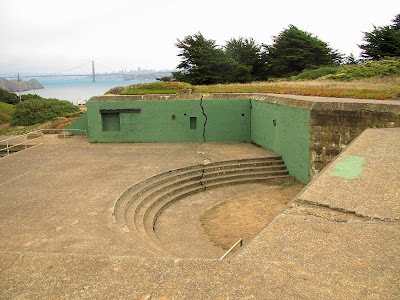 The guns would roll around and disappear after firing to conceal their presence. 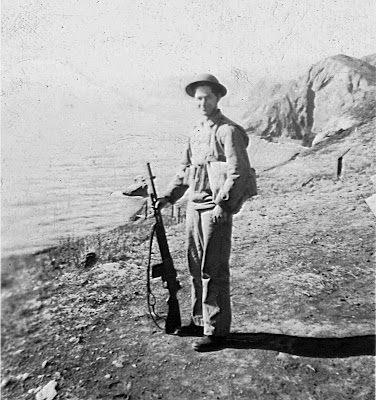 The area was heavily used in World War II. And guess who was stationed here? My father, shown here in this very spot.