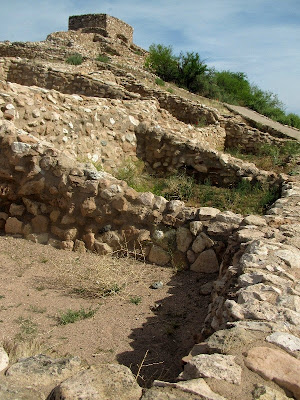 I'm way behind on the blog, so I'll try to do some quick catching up here. One day I went to visit the ancient ruins of Tuzigoot. From 1100 to 1425 A.D. there were 40 large villages flourishing in the Verde Valley near Sedona. Tuzigoot was carefully excavated in 1934. 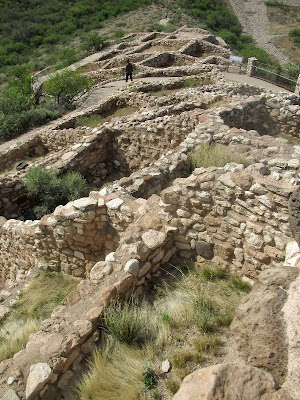 There were originally 77 ground floor rooms, and it was two stories high in places. 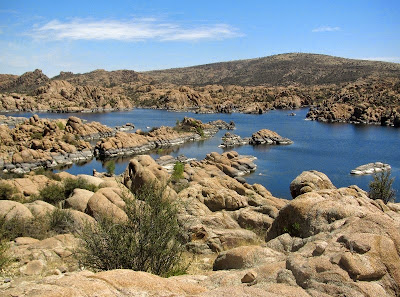 On another day, the WINs were invited to visit our fellow member, Carol, in her beautiful house in Prescott. Whoops, I forgot to take any pictures, but later we visited Watson Lake. Phil and I stayed near here back in 2011. 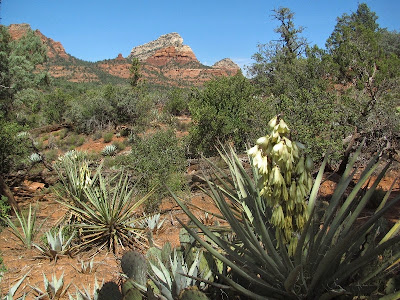 Back in Sedona, we did a few more hikes. We had heard about the Seven Sacred Pools on the Soldier Pass trail, from some other hikers. So that sounded like a good choice. 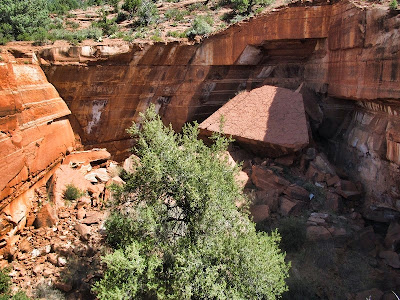 First we came to the Devil's Kitchen Sinkhole, formed when some underground caverns collapsed many moons ago. But that big chunk you see just came down in 1989. Glad I wasn't hiking here then... 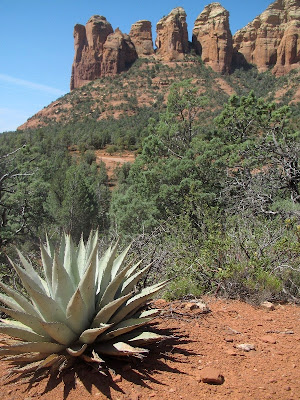 It was a great trail - beautiful scenery everywhere! 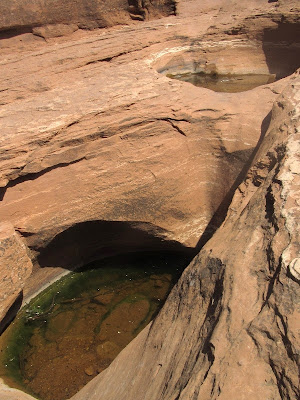 After about a mile we came to the pools. I only counted six, but close enough. 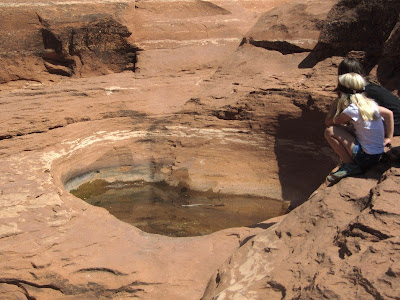 A couple cute little girls looked like they were meditating. I wondered what could be keeping them so quiet... 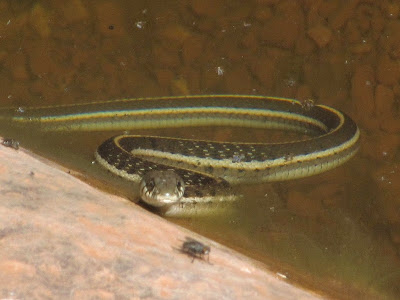 Oh! They were just watching a snake in the water. 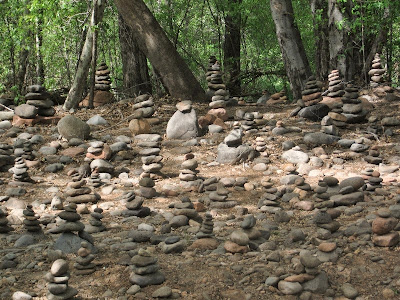 On yet another day, I went to check out Buddha's Beach. Not sure what all the rocks mean, but they were really neat. This was only a very small portion of them. 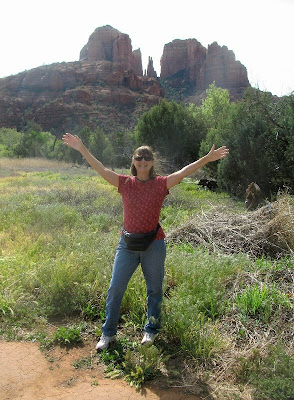 I had wanted to get a good picture of Cathedral Rock, the Sedona icon, but the sun was in the wrong place. 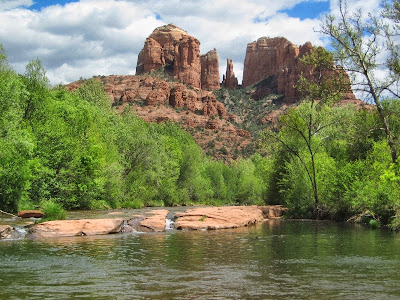 So the next day, I took yet another trail in the afternoon to get a better shot. 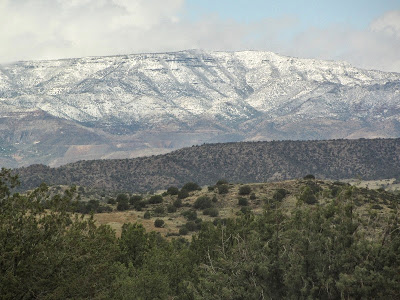 From Sedona, I was headed north, but had to wait a day for that white stuff to melt.

I had a great time in the area. I haven't even put a dent in the 100+ hikes there are. I've been here many times and I'm sure I'll be returning many more.