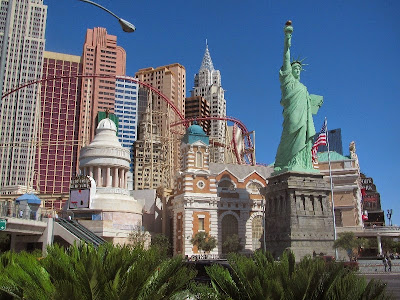 Where else in the world can you visit New York City - 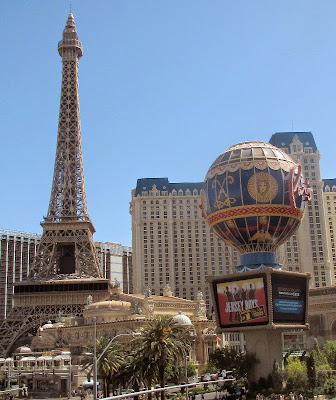 Right across the street from Paris? 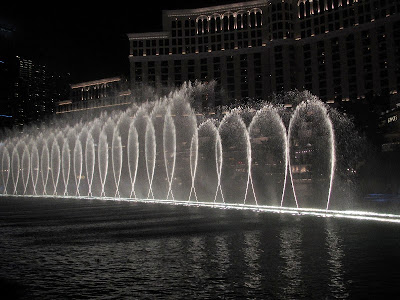 I love the attractions in Las Vegas, but a lot of them seem to be shrinking or disappearing altogether. The Bellagio still has their fountains - Along with their Conservatory and Botanical Gardens. 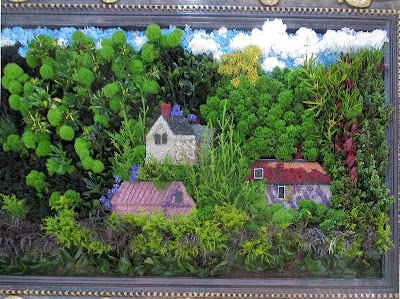 This was in the gardens - it looked like a painting, but was actually made out of living plants. 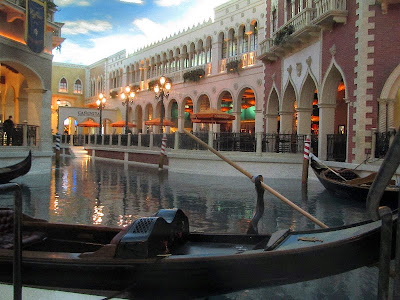 And the Venetian still has their Grand Canal winding through their expensive shops and restaurants. 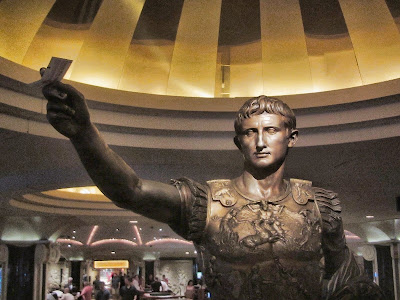 Over at Caesars Palace, it looks like Caesar got a lucky ticket! 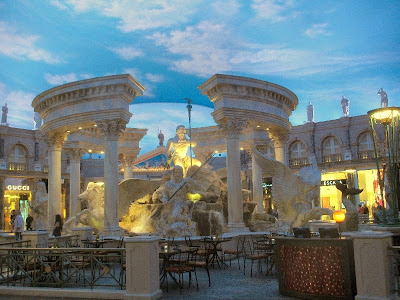 Caesars still has the Fall of Atlantis Fountain. 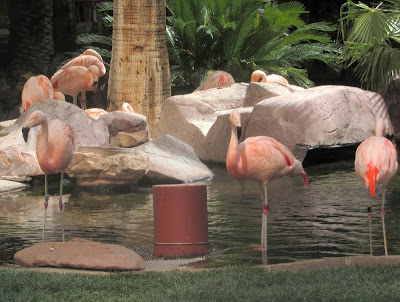 The Flamingo has flamingos and other exotic animals - 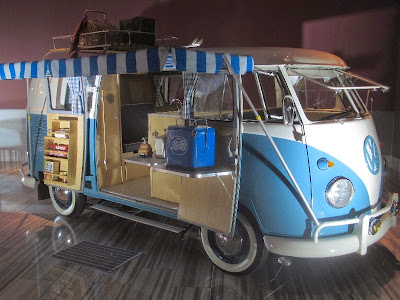 And even had this cute little RV. 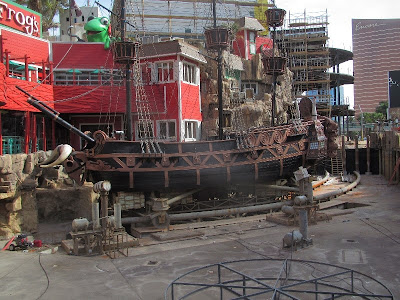 But a lot of the large casinos no longer have the attractions I remember. The saddest thing is that the sinking boat show at Treasure Island has closed permanently. I'll bet next year there will be more expensive shops here. 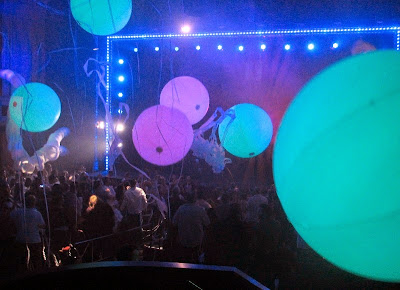 We did go to a couple shows while in Vegas. The Blue Man Group left a lot to be desired. The most exciting part was at the end when big balloons dropped off the ceiling and toilet paper squirted out of the walls. I'm sure glad I don't have to clean up after the show... 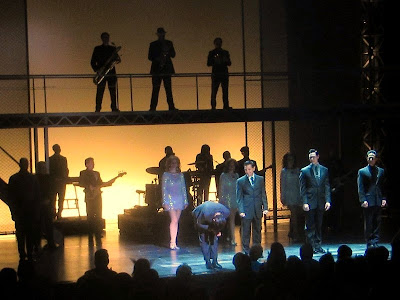 But by far, the best thing we did was go to see "Jersey Boys," the Broadway musical based on the lives of Frankie Valli and The Four Seasons. WOW!!!! Best show ever! Pictures and video aren't allowed during the show, but I got this photo at the curtain call. To see a video of pieces of the show, click here.