Climbing Up to Where the Angels Land 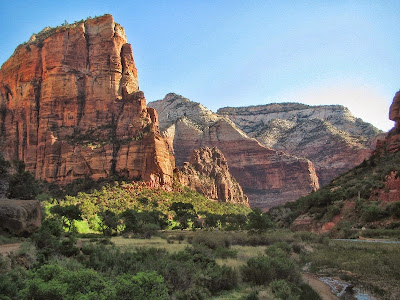 To me, Zion Canyon is one of the most beautiful places on earth. And one of the most popular hikes is up to the top of Angels Landing, that big thing on the left side of the picture. 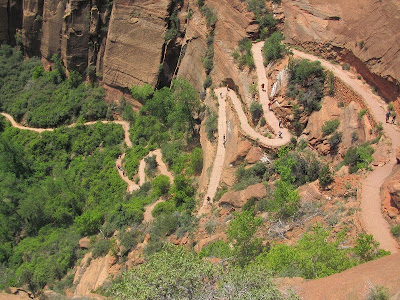 The hike starts out with a walk along the river, then starts climbing up some switchbacks. This trail was built in 1926 and is paved most of the way. 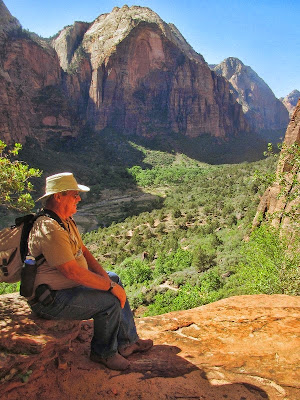 Time to rest and admire the gorgeous scenery! 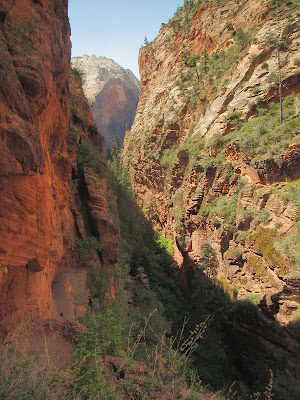 After the switchbacks, you hike up and through "Refrigerator Canyon." This is the view looking back to the valley. 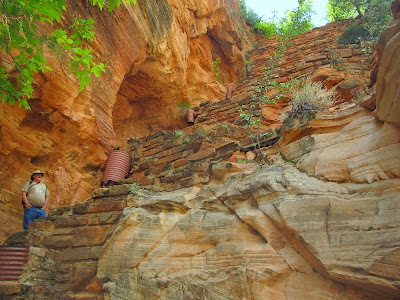 You then come to "Walter's Wiggles," a set of 21 steep switchbacks. 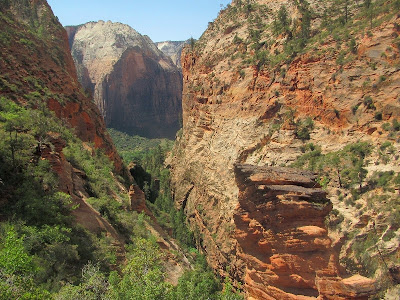 At the top of the switchbacks, you arrive at Scout Lookout, having climbed about 1000 feet at this point. This photo looks out over Refrigerator Canyon back to the valley. 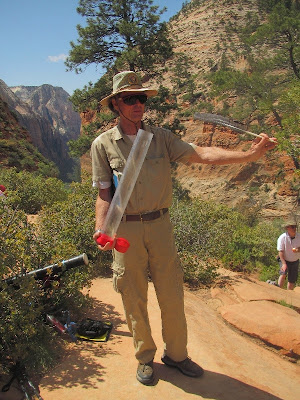 There was a ranger there teaching people about California Condors. I mentioned I had seen one without a number or radio transmitter, and he told me that was impossible this time of the year. Guess I showed him....

He let me flap around with the condor feather he's holding, and it was amazing how much wind resistance it creates. 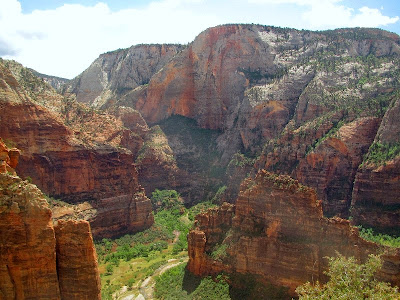 The beautiful view from Scout Lookout. You can see how far we've climbed. 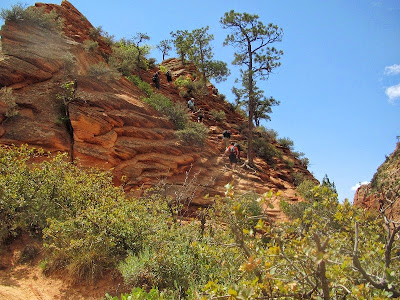 At this point, you have 2 options, other than turning around. You can continue up to Angel's Landing, another 500 feet strenuous climb. 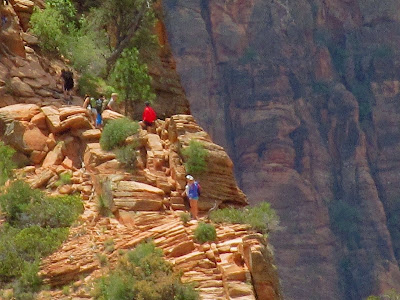 The paving ends here. The rest of the climb is along a steep, narrow ridge with support chains anchored intermittently along the route. I've been up there 4 times already, and had another easier, and just as pretty, route in mind. 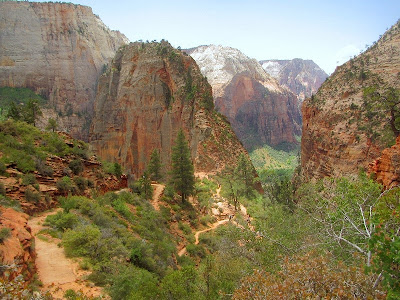 Instead, we turned left at the fork and continued on the West Rim Trail. It's a much easier trail, and you get the same views. 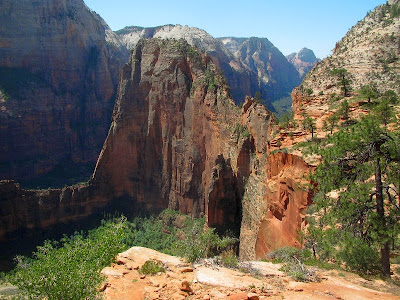 You can look over at Angels Landing - 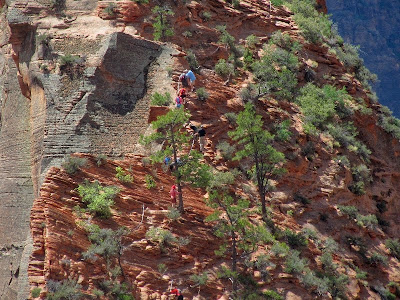 And even zoom in on the people going to the top.

Okay, so I lied a little in the title to this post. But if you want to see the post where I actually went to the top, it's here.