I Made It to the Pacific! 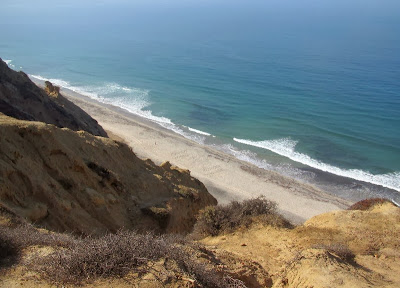 It's not very often that I see both the Atlantic Ocean and Pacific Ocean in the same year (without flying) but it happened this year. I took a day trip over to the ocean from Santee. I had meant to go to Torrey Pines, but it was closed for road construction. But I got a good view from a hilltop. 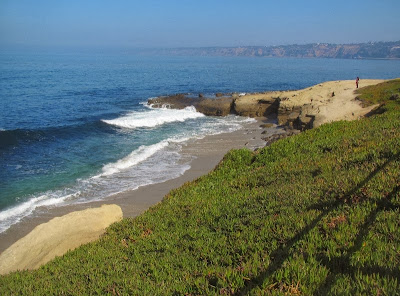 I then went south a little to La Jolla, and scored a great parking place on the street right by the good stuff. I'd love to see this in the spring when those ice plants are blooming. 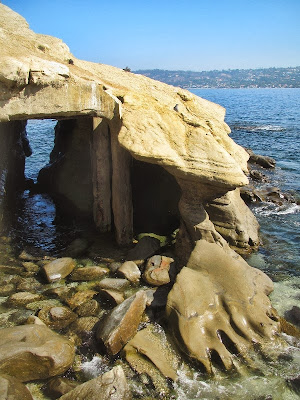 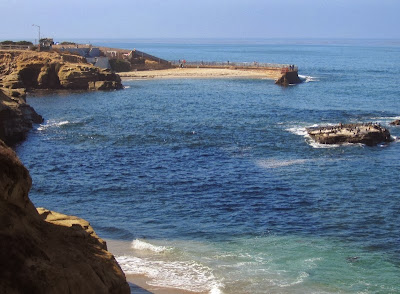 I walked down to this bay - 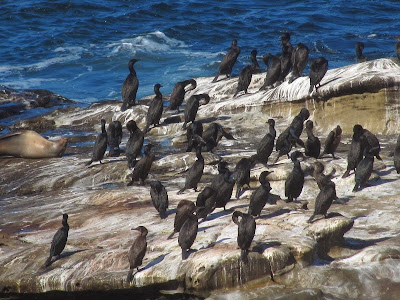 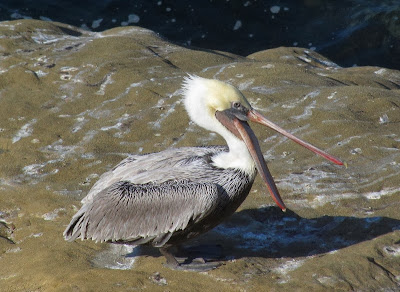 And this California pelican. 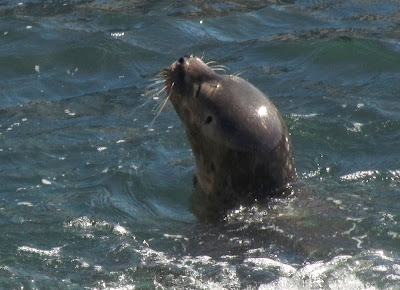 In the bay is where the sea lions play. 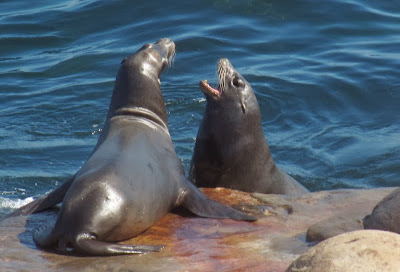 There is one good rock to sit on, and lots of territorial fights over it. 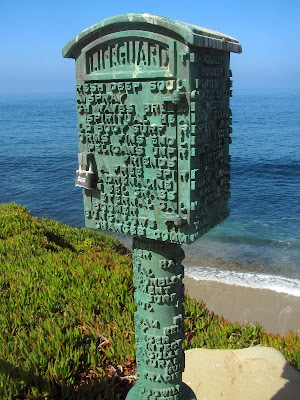 I happened to hear the story of this lifeguard call box from some strangers. It's a tribute to a body surfer who died here in 1994 of an unknown heart defect. They weren't allowed to put his name on the box, so they hid the name in the other words. 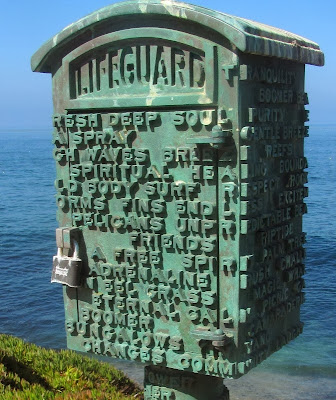 If you enlarge the photo, you can see "David C Freeman" from top to bottom. Since he was apparently a big prankster and a great guy, it's a fitting tribute.