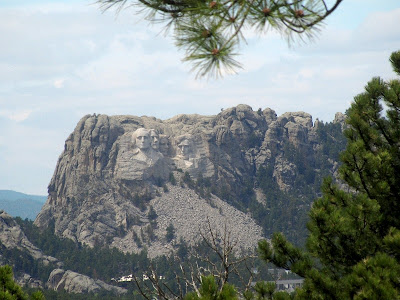 There is so much to see in the Black Hills of South Dakota that we were busy for a whole week and didn't make a dent. But the most famous attraction is Mount Rushmore. We saw a preview of it from the Needles Highway. It's amazing how small it looks from far away - 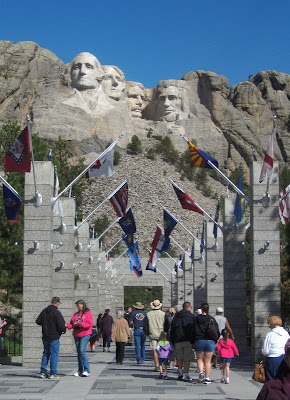 Compared to when you get to the monument. Those heads are 60 feet high. 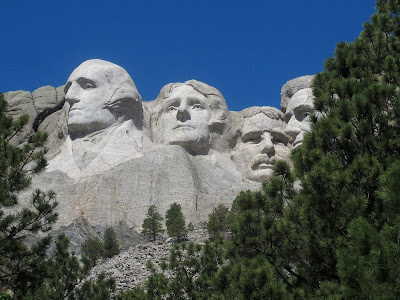 The story of how Mount Rushmore came to be is just fascinating. Rather than repeat it, you can read the story on Wikipedia here if you are curious. 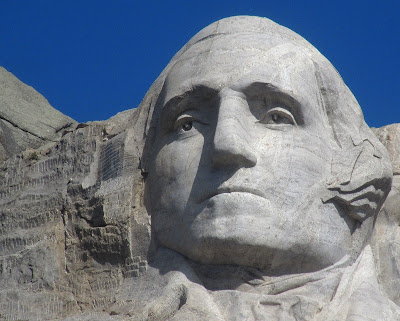 But I will tell you why these 4 American presidents were chosen, taken from the Mount Rushmore brochure. Washington guided a struggling new country - everything he did set a precedent, including the creation of the cabinet system, census polls, and the federal banking system. 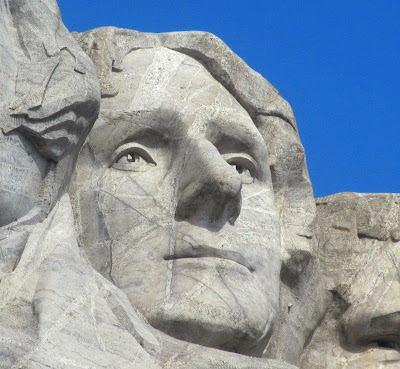 Jefferson, the primary author of the Constitution and the Declaration of Independence, determined the course this newly formed democratic government would take. He also secured the Louisiana Purchase, adding to the Western half of our country. 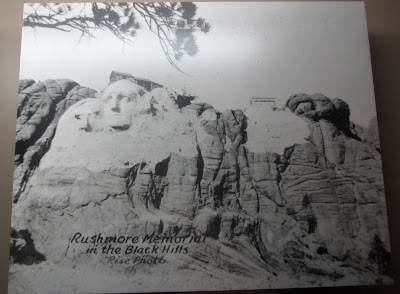 Jefferson was originally supposed to be on the far left of the monument, but the mountain had too many faults there, so the initial work was blasted away, and he was moved to the other side of Washington. The sculptor, Gutzon Borglum, said, "I have no intention of leaving a head on the mountain that in the course of 500 or 5,000 years will be without a nose." 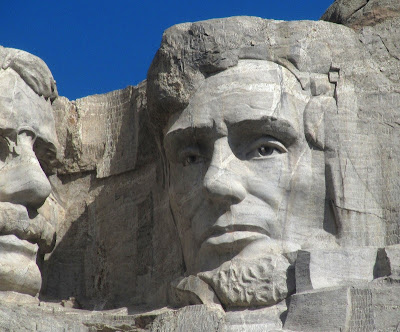 Lincoln had the moral integrity to stand for what was right in the face of great opposition. He extended freedom to all people at the cost of a devastating civil war and many lives, yet through this he was able to keep the union of American states intact. 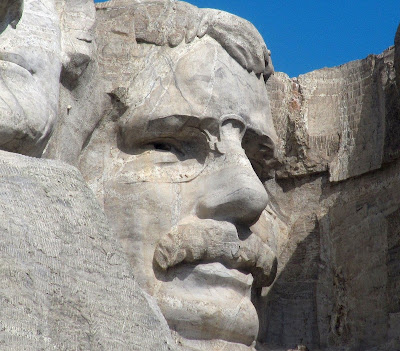 Theodore Roosevelt secured the Panama Canal, ushering in a new era of economic growth and increased American involvement and leadership in world affairs. He was also one of the greatest conservationists in US history. 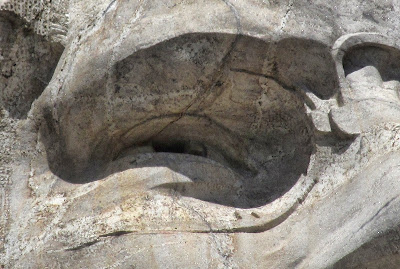 I love the clever way Roosevelt's face was carved to make it look like he has glasses on. 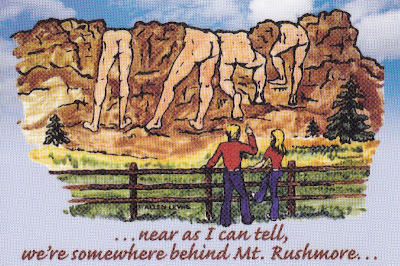