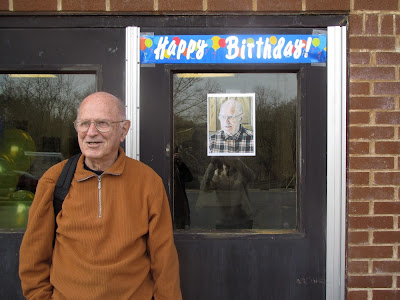 Last week my sister and I flew to Pennsylvania to help celebrate my father's 90th birthday! Our one-and-only cousin, Linda, and her daughter, Rebecca, were putting on a party at the local fire hall. This must be the place! 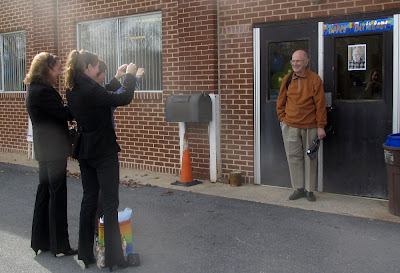 My father's usually on the other end of the camera, but he adjusted well. 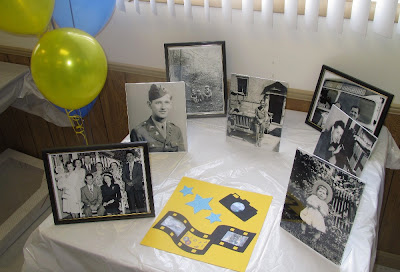 Inside, the room was decorated with lots of old photos. Not only is my father a photographer, but his father was too. 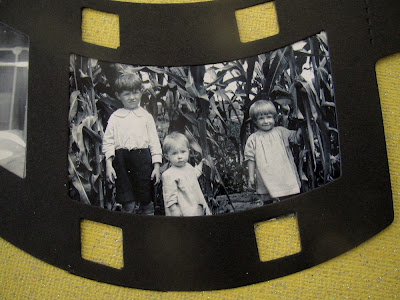 Every table had a scrapbook page decorated with photos in a filmstrip. 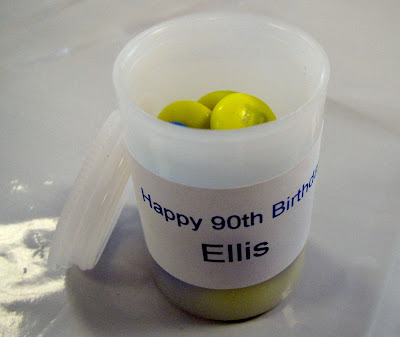 Every attendee received a film canister filled with blue and yellow M&Ms. 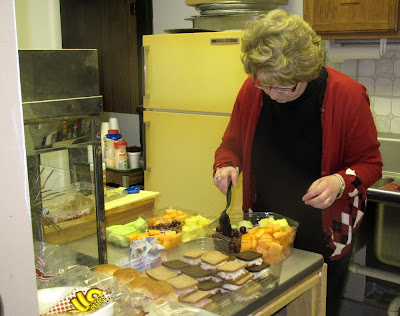 Rebecca had the kitchen under control - 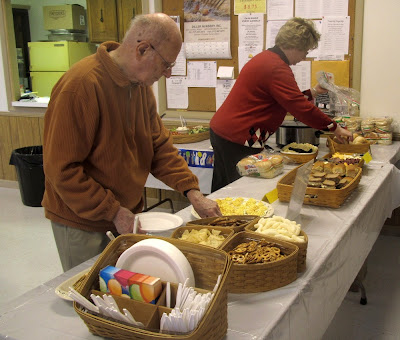 And they put on quite a spread. 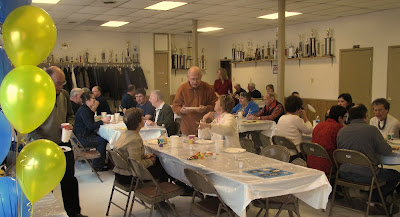 My father never once sat down, not even to eat! He was having a great time "working the room." 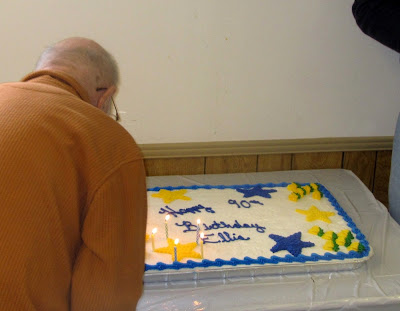 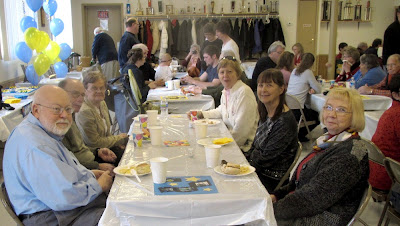 It was wonderful to visit with all his friends and neighbors. Some I had not seen since I was a child. 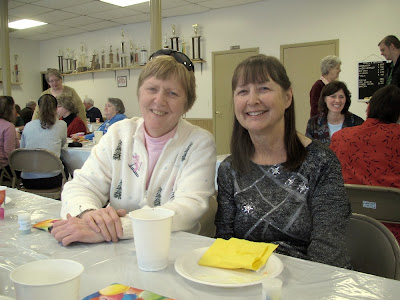 Gigi, my father's friend from camera club, was my classmate in high school. 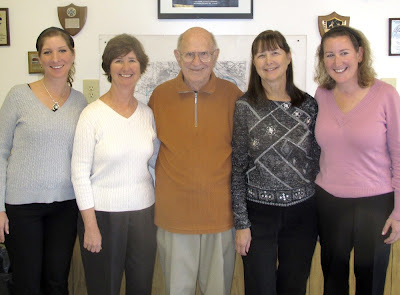 I managed to get a picture of my sister and I with my father and my sister's kids, who flew in from Florida. It was a terrific day!
Posted by Diana at 10:29 PM