How I Celebrated the Holidays on the Road 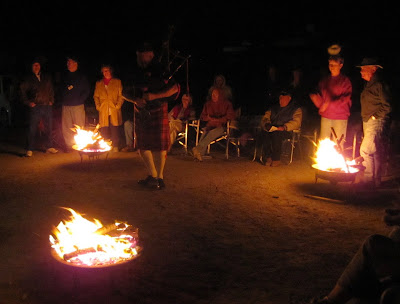 Well, I probably did the same as everyone else - celebrated with friends and family. On Christmas Eve, my WIN friends and I gathered around 3 campfires. At one point, "Bagpipe Bob" came out to entertain us. 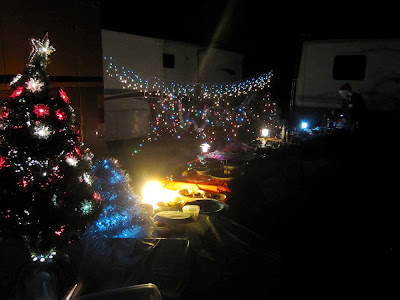 And of course there were lots of goodies. 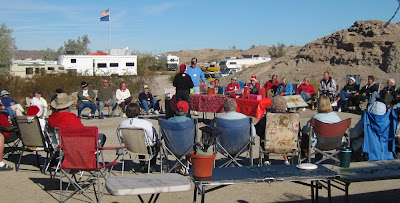 On Christmas morning, we had a "Chinese Gift Exchange." If you're not familiar with the term, you can read the rules here.

Hmmmm.... There are lots of tall skinny gifts here - I'll bet I can figure out what they are. (They were very popular items!) 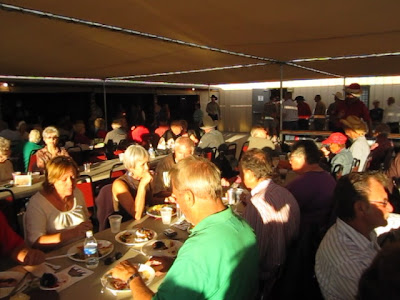 Late afternoon, we were all invited to Christmas dinner at the VFW next door. They are so nice to us that I decided to join the VFW this year. (I'm not a veteran, but my father fought in WWII.) 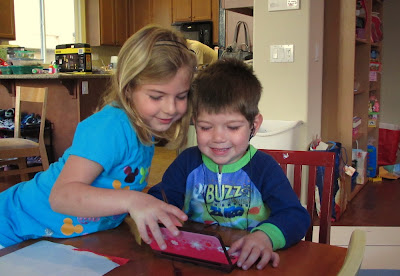 On the day after Christmas, I went to San Diego to see the grandkids. Mara got a Nintendo DSi from Santa and was happy to share it with Jonathan. She's such a nice big sister. 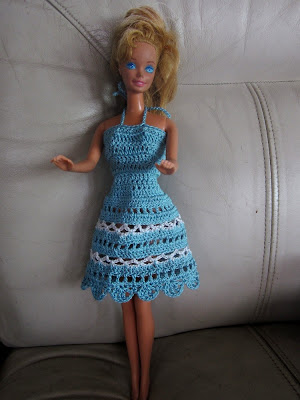 One of the presents I gave the kids was another crocheted Barbie dress for one of Mara's many Barbie dolls. 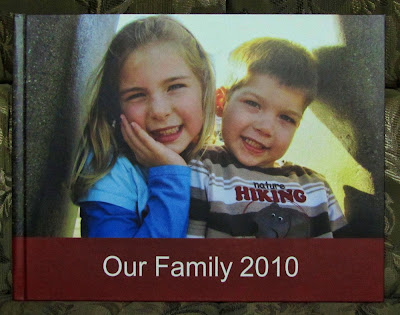 And they gave me a beautiful coffee table book with their best pictures of the year.

On New Years Eve, we all went over to the VFW where they had a live band and finger food. In this video you can see us line dancing. Nelda (in the front here) has been a friend of mine for over 13 years, and she's one amazing lady. She refuses to let anything, especially not her age, interfere with having a good time.

If you've been following the blog for awhile, you know that I love the "Orange Blossom Special," and have to film it every time it's played. This band "Keepin' It Country" are a husband and wife duo, and one of our favorites in the Yuma area. He told me that he started playing the fiddle when he was 7 and his 4 sisters would not let him do anything with them. This is one of the best versions I've heard - it was even better in person than in the video.

And then - here comes "Bagpipe Bob" again! We all joined in!
Posted by Diana at 9:38 PM