Can This Be Prevented? 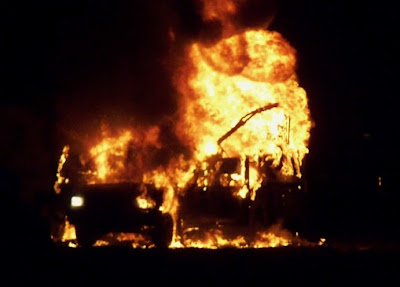 A few days ago, one of my WIN friend's rig burned up. 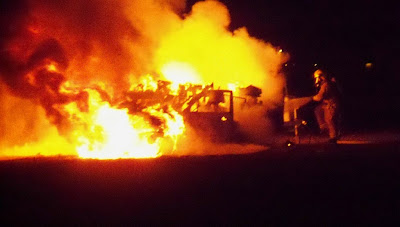 We were pretty far away from the fire station, but the fire truck eventually got here. I was kind of surprised that they had only water, and not foam. It took a long time to get the fire out. Another rig nearby was damaged by the heat, but thankfully no one was hurt, and no pets were lost.

This is all that was left of her little Class C. Amazingly, she managed to find her wallet in the debris. 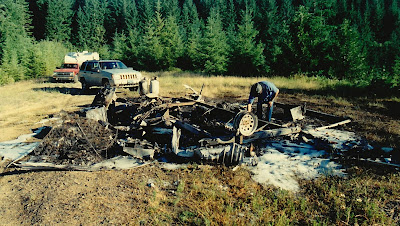 This hit really close to home, since I had a rig burn in 1999. Afterwards, you go through a lot of "What if I had..." and "I should have." While nothing can really prevent fires, I thought I'd tell you what I've done to lessen the chance of that ever happening again. 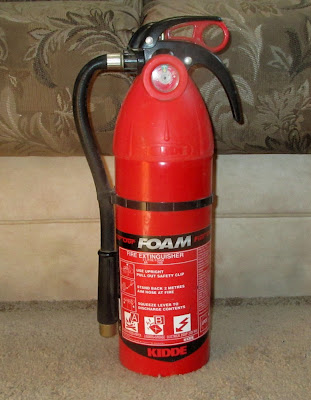 First of all, I got a bigger, better fire extinguisher. This one is a 2-liter foam one that will put out wood fires. Can you believe that the small extinguishers that come with your rig are rated "BC" for grease and electrical, but not "A" for wood! What do they think RVs are made of?!? 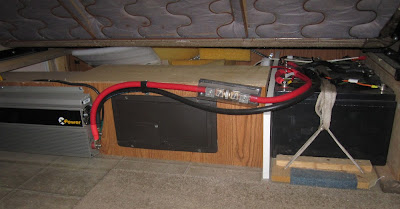 Second, all the wires that connect to my battery are fused. 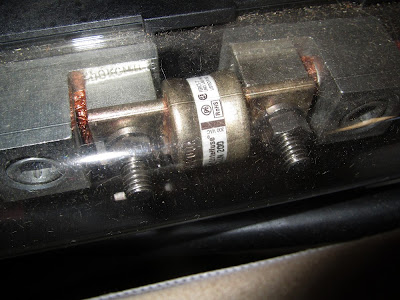 This gigantic 200-amp fuse is for the connection to my 1750-watt inverter. 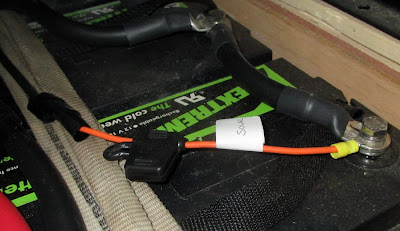 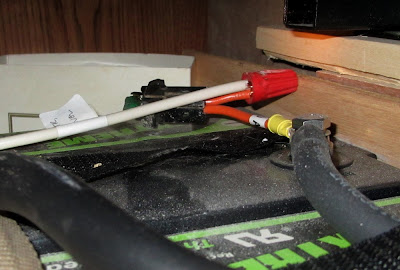 And another 30-amp fuse protecting the batteries from the DC load going through the distribution panel. 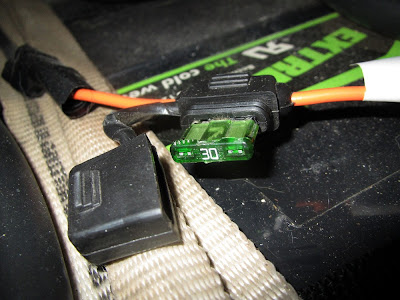 The fuses just slide into a holder - shown open here - 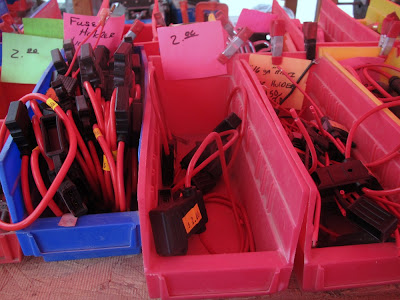 That you can buy for about $2. 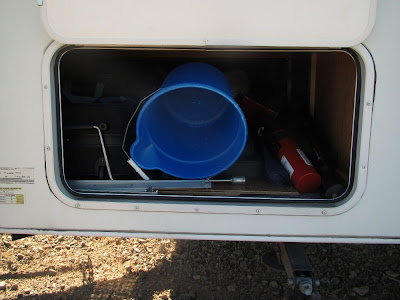 Now, this third idea is purely my own crazy idea. After my fire, I kept thinking I could have put it out when it first started if I had had a bucket and a lot of water. So here's my bucket, in an outside storage compartment, but I need a quick source of water. 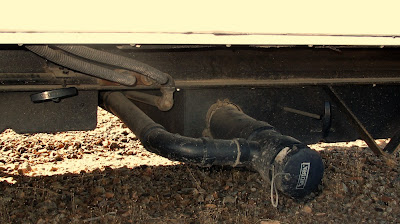 And here it is! The grey water will pour out quickly by pulling the handle on the left, and if needed, the black water handle is on the right. I'm not suggesting anyone risk their life, but when a fire is just starting, I think it would work. 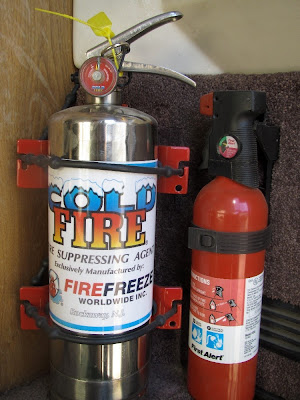 P.S. After I did this post, Phil bought a new fire extinguisher. It's a Cold Fire - the same agent used in auto racing. It puts out fires 21 times faster than water! It's a little pricey, but worth it.