The FMCA (Family Motor Coach Assn) had their annual Western Area Rally in Indio. Since it was on the way to Quartzsite, I decided to go, even though I don't have an "MC."

There were thousands of motor homes parked very tightly. My worst nightmare. 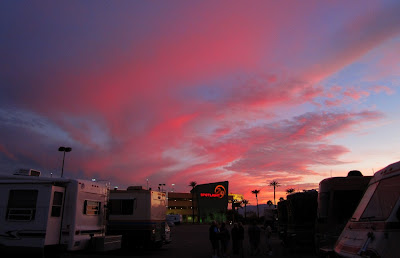 I stayed instead at the Spotlight 29 Casino for free, and went in on a day pass. 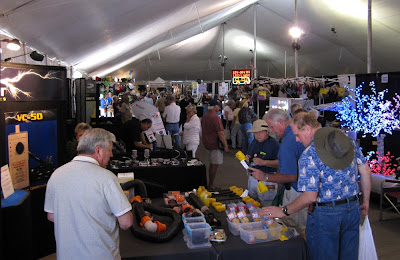 There were vendors in a large tent, a lot like Quartzsite. I think many of the vendors go to both places. 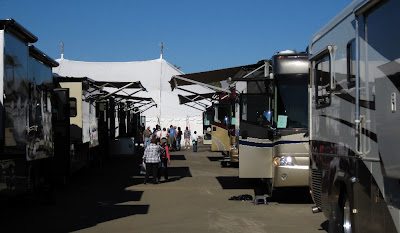 You could tour motor homes, which were marked "Not for sale." However, if you expressed an interest that could change rapidly. 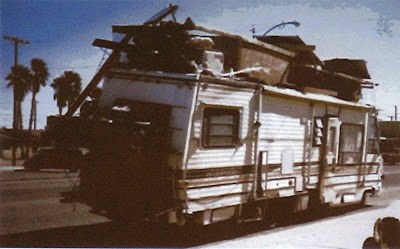 Some of the vendors put on seminars. The one I liked the best was about Velcro. The vendor showed a picture of what your rig would look like if you didn't buy his product. 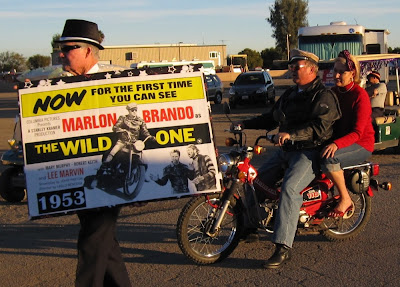 The theme of the rally was "Glorious Days of the Silver Screen." The different chapters put on a parade, and dressed up as the characters in various classic movies. 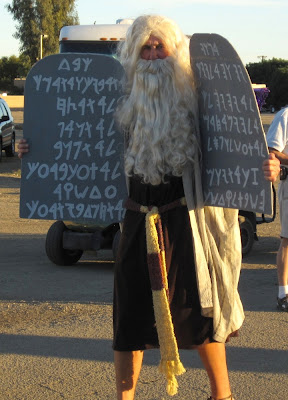 Here's Moses in "The Ten Commandments." 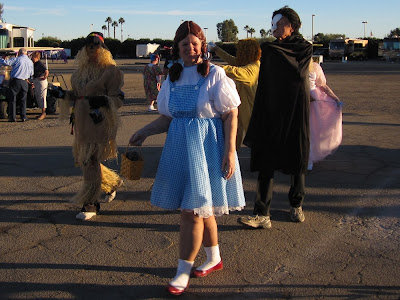 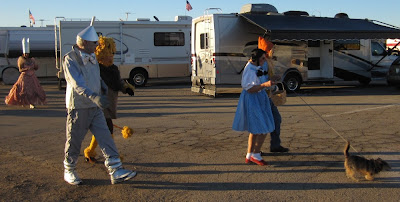 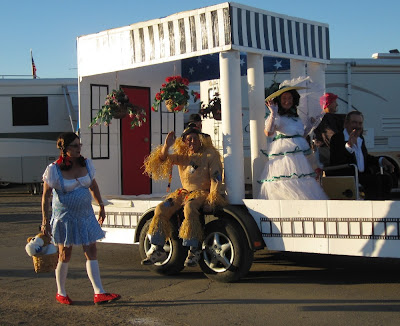 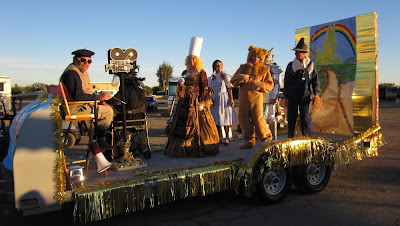